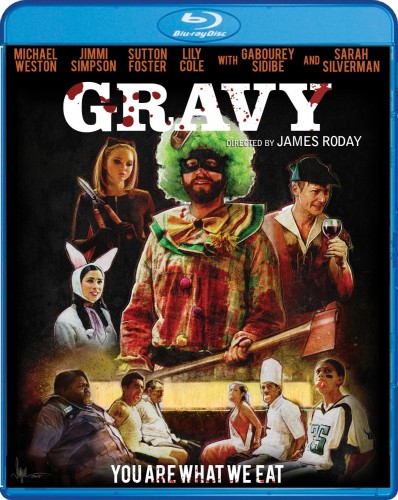 This All Hallows Eve, dare to indulge in a late night of gluttony filled with unhinged humor, carnivorous terror and high camp spills.  From the vivid imagination of renowned actor-writer-producer-director James Roday comes the wickedly-fun horror comedy GRAVY, opening in cinemas (Los Angeles and New York) on October 2, 2015 and arriving on Blu-ray™, DVD, Digital HD and across all major On Demand entertainment platforms October 6, 2015 from Scream Factory.

It’s Halloween night.  A trio of costumed misfits with very special dietary requirements seizes a Mexican cantina and forces the staff to engage in a late night of gluttony. The only caveat is what’s on the menu…and who will survive ‘til morning!  This deliriously demented horror-comedy is a true feast for genre fans.  Stuffed with an outstanding ensemble cast and perfectly seasoned with laughs and scares, you’ll be sure to ask for seconds on Gravy.

GRAVY opens in Los Angeles and New York on October 2, 2015 and is available in stores and On Demand across all major entertainment platforms October 6, 2015. For more information about the movie, please visit www.GravyMovie.com 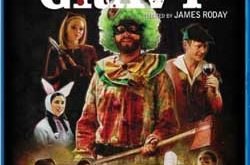