When a short-tempered mobster and his gang of thugs try to shake down a neighborhood bar, they’re soon confronted with the wrath of its owner – a mysterious single mother of three with a dangerous past who’s willing to die to protect her children, protect her property and isn’t afraid to stand up to the biggest racket in town. This action-packed revenge thriller will be released to select theaters in late 2016. 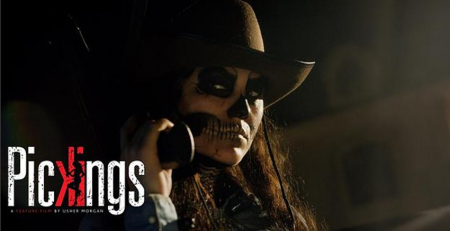 Production for Pickings officially began in July of 2015. Casting is underway and principle photography is scheduled for late October in the New York City area and Southern US (Mississippi, Georgia) under a $400,000 budget.

For casting opportunities, production updates, behind the scenes materials and other information, visit www.PickingsFilm.com. To contribute funds to the filmamker’s Indiegogo campaign, visit www.indiegogo.com/projects/pickings–2/x/653305#/story