108 Media announced today that it will be introducing Pinup Dolls on Ice, Canada’s sexiest and bloodiest slasher film, to audiences across the globe following their acquisition of the worldwide rights. Co-produced and co-directed by Geoff Klein and Melissa Mira of BGOI Film Inc., Pinup Dolls on Ice is an unapologetic love letter to all the old-school slasher films from the 80’s. A very well written love letter…

The deal was brokered by Geoff Klein and Melissa Mira of BGOI Film Inc. and Jordan Nutson and Nick Burton of 108 Media. The film is set to be released later on this year.

“Pinup Dolls on Ice embodies everything that 108 Media has been looking for. This combination of scary and sexy is something audiences definitely haven’t seen yet,” says Nick Burton of 108 Media. “We’re very proud to be releasing the film in North America and representing it worldwide”. 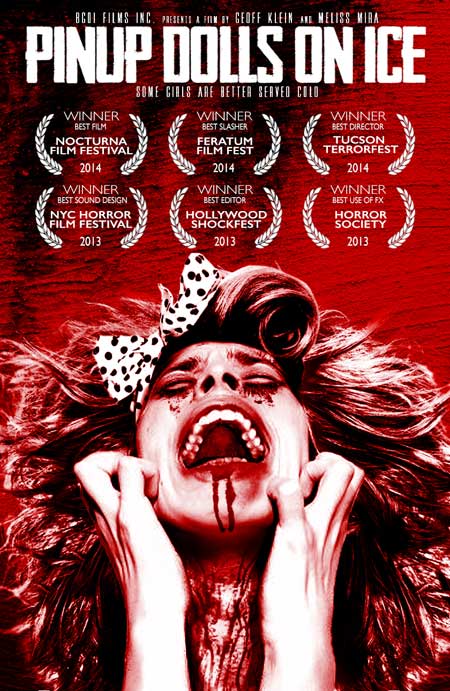 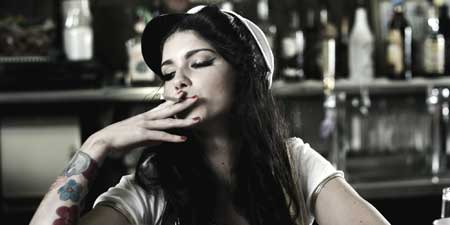 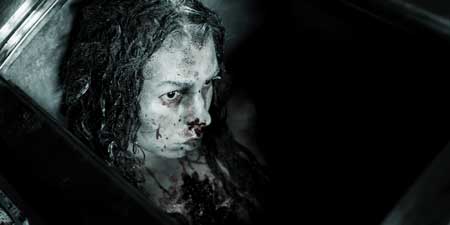 The Pinup Dolls are a hot retro act who put the tease back in striptease. When an old friend hires them to put on a show at a secluded campground, the girls quickly find themselves being stalked by a homicidal maniac who has a sick obsession with ice. As they’re hunted one-by-one, they soon realize they’ll have to rely on more than just their looks to survive this nightmare named Moe…

“We are thrilled to team up with 108 Media to maximize the potential and success of our sexy horror film,” says Melissa Mira. “We have taken our time and refused many offers along the way, but we are happy and feel confident that Pinup Dolls on Ice has found a good home,” adds Geoff Klein.