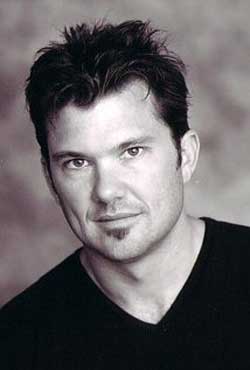 Director Cameron Casey has been directing for many years now and most notably he directed some of the most well-known music videos in history. “Appetites,” directed by Casey is available on DVD August 4, 2015. The film is a Horror film with some comedy, a love story and music thrown in by the talented Bret Roberts and a quick guest appearance by the amazing James Duval. Casey spoke with me for this Horrornews.net exclusive. He talks about making films, his next film and the brilliant Lauren Parkinson and Bret Roberts.

Tell us about “Appetites” and why you decided to direct this film?

I really set out to make something different. I was hoping to create a film that wasn’t like anything else. Because I have a huge music video music background, I directed probably three hundred or four hundred music videos. One of the bigger ones in the nineties was Warren G’s and Nate Dogg’s “Regulate” video. I wanted to infuse music into this film by making the music a big part of this film as well. We spent months finding the right cast. Bret Roberts who plays John Doe. I sat with him and he developed all the songs for the movie. He sings before and after he kills his victims. The songs are really kind of interesting and dark and help tell the story in a clever way. I wanted to create a seventies grindhouse version of almost like a “Rocky Horror Picture Show”

Daisy and John Doe are not at all the same entity. John Doe is a serial killer with ritual and Daisy is almost a Warrior who is on a mission to hunt and eat. How did you separate the two and what challenges did you face?

I spent months rehearsing with everyone. Its true, you totally nailed it with warrior Daisy, I think she is definitely her own person. She is a strong character and she is who she is because of her background. John Doe he falls in love with her and he actually sheds a tear when he sees her in action because he realizes this woman is the perfect woman for me. 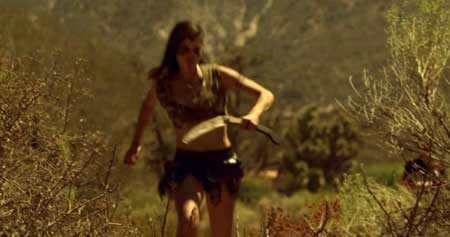 I felt it was sort of a love story because of the way Daisy and John Doe came together because Daisy was not afraid of John Doe?

Totally, there are a lot of girls like that in the world that are powerful girls and I really hope they identify with that character. 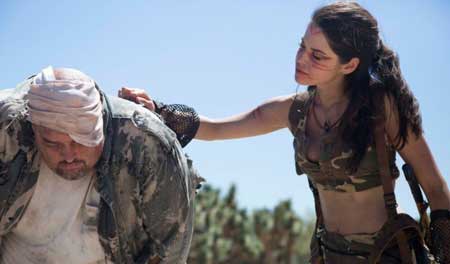 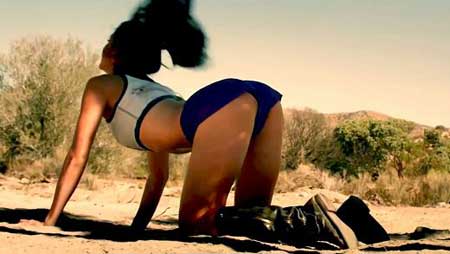 I love James! James is a very good friend of Bret’s as well so what was nice about having James on is that he is such a great actor and he is so humble and so nice. He works so hard. He instantly became part of our family and I think that’s what made this film extra special. Three days into production I showed the cast and crew a little trailer of what I wanted the film to look like and they got really excited. I wanted James to feel his attraction to Daisy when he met her and he totally pulled that off. It is kind of a little world like an exaggerated cartoon and I wanted everybody to bring their best to the characters and the film.

Will you be working with Bret Roberts on any music videos?

Oh yeah, for sure. We talk pretty much every day. He and I are actually in pre-production on another movie now. It is kind of like “The Shining” and it is set in a Hollywood mansion in the hills and the house is haunted by stars who sold their souls to become Hollywood stars.

Do you think that some of the Horror films out today are different compared to the new concept film you created?

eah, they all start to kind to blend together. Music was a big part of me doing this movie and if I could bring a character like John Doe to life and he could sing songs through this film and make it believable. I wanted women to fall for this guy like he is a good looking guy, hes really talented, he sings beautiful songs but he is obviously violent. I wanted to create a film that had its own original style that you haven’t seen before. It made me realize the kind of filmmaker I want to be, no matter what style of film I make, I want to be the most original I can be. 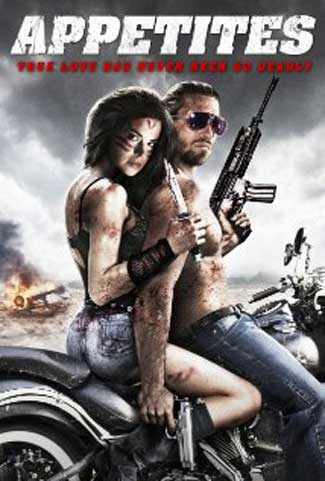 I think Bret has a sort of a wandered, rock star but is he going to kill me? And then, you feel kind of sad and start to love Daisy and John Doe, so will there be a sequel? We need a sequel!!!???

We actually have been talking about a sequel and depending on how people like the first one. We have an amazing idea for the sequel! (IT NEEDS TO BE MADE! COME ON PEOPLE!)

Did you have specifics for Lauren and Bret or did you say okay, just go for it!

No, No I worked with them for over a month together. Both Bret and Lauren and I met for over a month at different locations around L.A. I really wanted to see a transition much like Jack Nicholson did in “The Shining” where you think he is just this writer but he is not. I wanted to create the same dynamic with Bret to really make you sympathize with the guy and with Lauren I wanted to give her this wild renegade girl living on her own and I made her watch “Deliverance” to get into the mindset of what it must be life to grow up in the country somewhere and just be almost animalistic.

I work on a lot of Television shows too I am doing an Alaska television show about fisherman in Alaska. I am in pre-production for this Horror film that is set up in the Hollywood hills. I am also working on an interactive web series.

What advice would you offer to fellow and upcoming Directors?

Work on things that you are passionate about and try to be original.

Wise words and a talented Director.

Daisy (Parkinson) is the all-American girl next door, with a hunger for true love and an appetite for murder. For years, it’s just been her and her brother living out in the desert, hunting young men for sport – and dinner. While Daisy enjoys these games, she can’t help but yearn for something more. So when she meets the very handsome John Doe (Roberts), and they fall madly in love, Daisy can’t believe her good fortune. But it turns out John has some eccentric hobbies of his own, and now Daisy must find out if she will be his partner in crime – or his next victim. 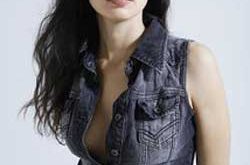 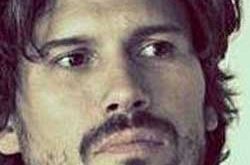