Campground: The Requel – Trailer and Stills!

The film follows the characters of Heidi and Kevin as they fight to survive what was meant to be a good birthday party celebration at the old campground. As the night goes on the party seems to not be the only thing dying. Synopsis- In 1980 Haley Varsin took her son Charlie out on his 10th birthday to an abandoned campground to give him a surprise gift but things took a much darker turn when see decided to murder him with a screwdriver. 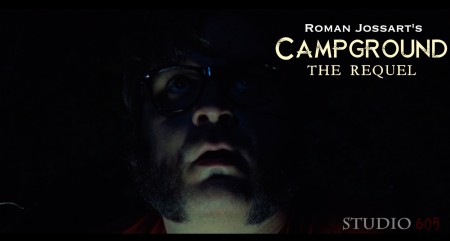 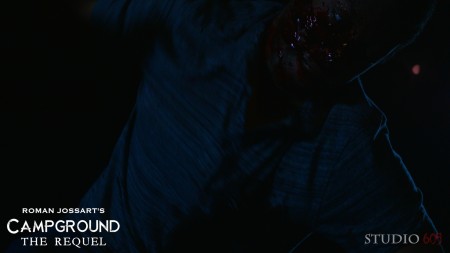 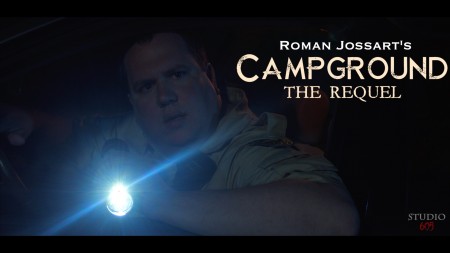 Now 30 years later some young adults decide to have a birthday party of their own at the campground, AKA Little Farm on the River, but things soon start to take a much more terrifying route and the partygoers begin to fight for their lives as they search for a way out!

The exciting part of this film is it’s not your typical slasher movie.

It really takes uses the slasher formula but the filmmakers added their very own ingredients to the recipe.

The film will be seeking distribution and in the mist of waiting for the DVD release the are offering some very limited one time offers on a current Indiegogo fundraiser including, DVD copies before film is released entitled “The Camper Edition” and some other cool perks including Campground maps and sign props from the production!

Director/Writer Roman Jossart had this to say, “This film seriously is my life. I have lived and breathed this film since i was 15 years old and the fact that its moving into post production is honestly just a moment of “Awe” to me. If you went back and told 15 year old Roman this was happening he’d laugh and walk away but its real and coming very soon to not just me but everyone! Being part of this fundraiser for finishing funds not only secures an indie film but a 15 year olds dream come true!”