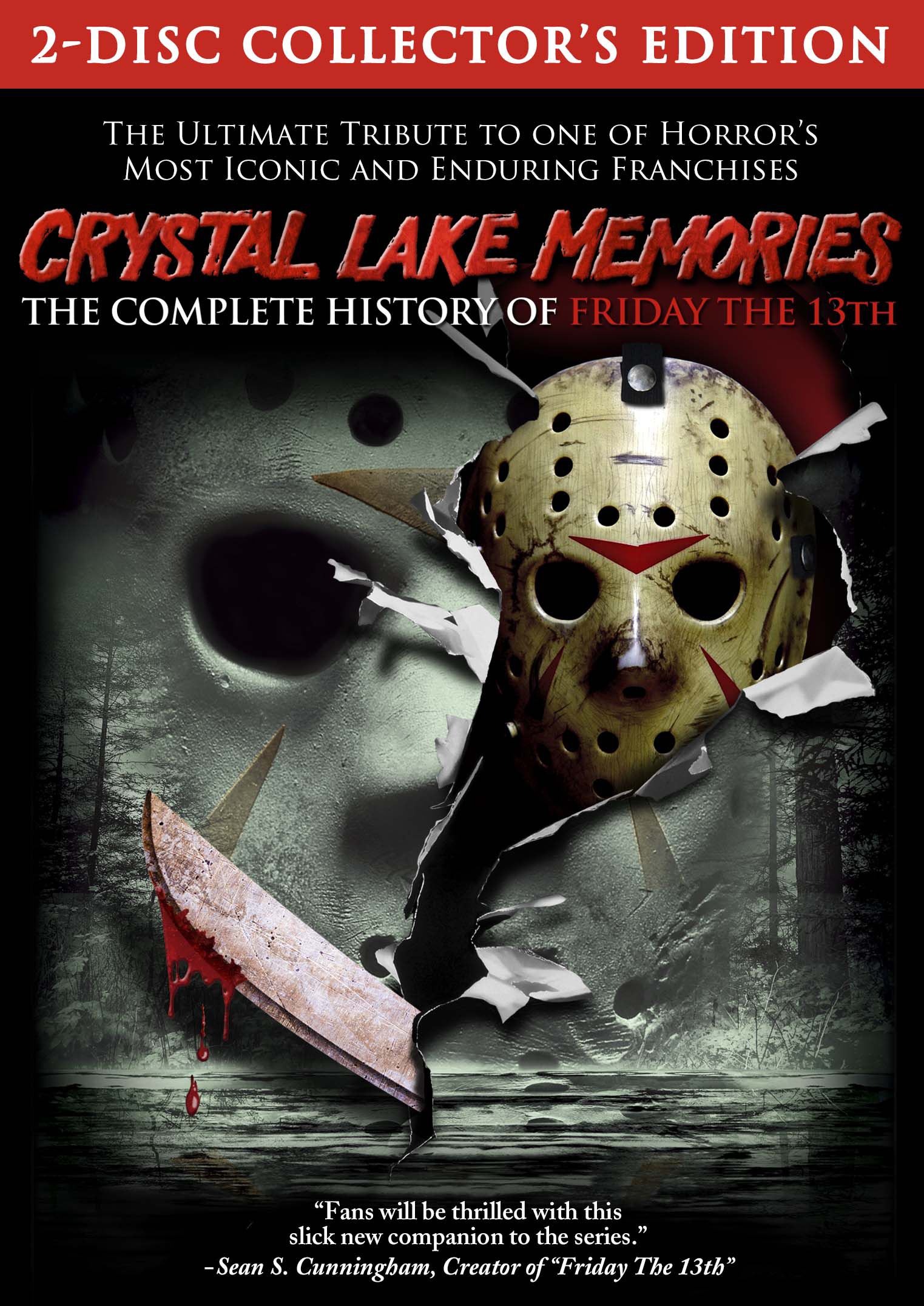 CRYSTAL LAKE MEMORIES: THE COMPLETE HISTORY OF FRIDAY THE 13TH takes viewers behind the mask on an epic journey into the making of the landmark horror franchise, from its humble beginnings in 1980 at a New Jersey summer camp to the blockbuster release of its 2009 “reboot.” Combining hundreds of rare and never-before-seen photographs, film clips, outtakes, archival documents, conceptual art and behind-the-scenes footage, and featuring interviews with more than 150 cast and crew members spanning all twelve films and the television series, CRYSTAL LAKE MEMORIES is the ultimate tribute to one of horror’s most iconic and enduring franchises.