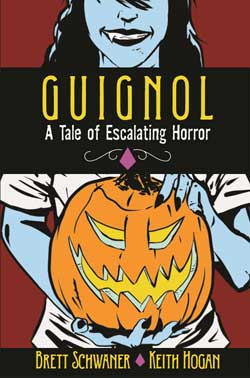 A “guignol” is a play in which everyone dies.

GUIGNOL – A TALE OF ESCALATING HORROR is the tale of an ordinary children’s Halloween play gone horribly wrong., but with a shocking twist.

Far from being a children’s story, GUIGNOL draws inspiration from such modern adult classics as THE WALKING DEAD and BATTLE ROYALE, and a general love of all-things-Halloween.

GUIGNOL – Book One, the debut First Printing Paperback, is available only by pre-order through July 31st via www.readguignol.com 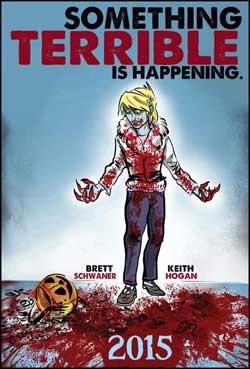 GUIGNOL – Book One debuts the week of September 8, 2015. A new volume in the series is planned for release every September, just in time for Halloween.

GUIGNOL has been featured on such news sites as DAILY DEAD.
GUIGNOL creator Brett Schwaner recently gave an online first-look to BLEEDING COOL.