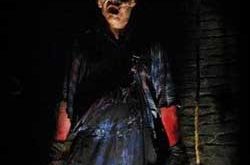 Rate This MovieSYNOPSIS: It’s a ride you’ll never forget…really. REVIEW: If a fat guy takes a sh*t in the woods does he wipe his ass? This movie wins points for the most excrement I have seen in a long time. The puke per minute quota is off the charts. So it starts off with a couple trying to make out … 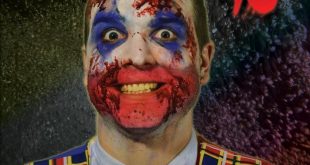 Rate This Movie SYNOPSIS: Meet Mike, A man whose only goal in life was to bring joy to children… As “Sloppy the Clown”. After a cruel twist of fate finds him without his beloved job he goes into business for himself. After a bout of bad luck Mike spirals completely out of control. Witness a good man go bad, then …

Mike O’Mahony (Sloppy the Psychotic, A Dark Place Inside) and his production Company, Maniac Films have begun production on their sixth feature film and have just released the first production stills.  The movie, entitle Free Range is currently in production and scheduled to shoot through August and September. Be on the lookout for a trailer late summer/early fall.