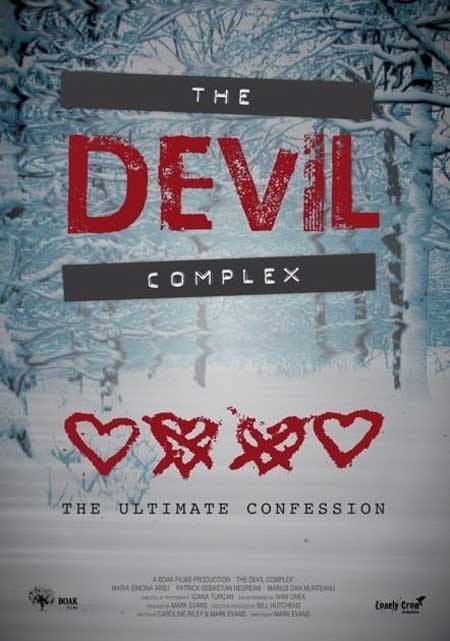 In November 2012 Rachel Kusza and her team of film makers travelled to Transylvania to document the Baciu forest. A forest with a dark history of strange occurrences, ghost sightings and countless cases of missing people. The film crew were never heard from again. After searching for the film crew for two years Howard Redman, Rachels teacher, found the crews camera buried in the snow. Before taking own life on the 12th Febuary 2014 Redman uploaded the footage to the internet. It shows the crews dark and horrific journey into the woods, it shows why locals refuse to enter and it shows that you can never escape your past. This video is widely referred to as The Devil Complex.

Here we go, yet another horror film from the found footage sub-genre. Like it or not, this is one sub-genre that is here to stay for a very, very long time. From a producer’s standpoint, the risk/reward ratio is too tempting to pass up. They can be filmed cheap and the profits can be out of this world, The Blair Witch Project and Paranormal Activity forever serving as the prime examples. Why not take the risk?

As with anything, oversaturation can be a bad thing. The one positive that can come from it is that it pushes filmmakers to keep coming up with fresh and new ways to incorporate scares, dread and terror into the movie. At least it should. The Devil Complex puts its twist on The Blair Witch Project. What if the antagonist is not some witch, but the very forest itself? 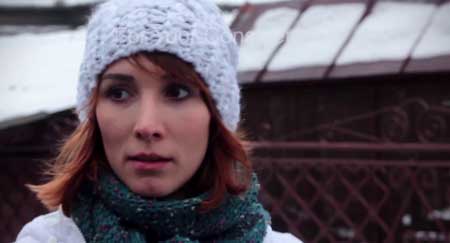 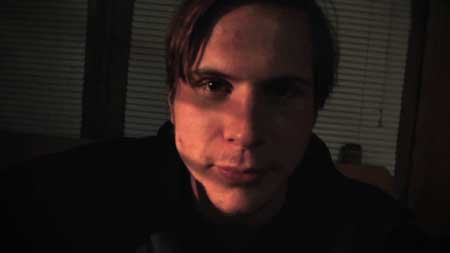 Sounds interesting. Especially when the set-up is displayed on the screen in the first moments of the film: Three filmmakers entered the Hoia Baciu forest, Romania on the 29th November 2012. They are still considered missing. The following footage was discovered amongst the possessions of professor Howard Redman on the 15th February 2014 in London, England. Three days after the professor had taken his own life.

Love it. Admittedly, I’m a sucker for openings such as this. It’s like the start to a great, spooky campfire story, one that will have me checking over my shoulder every minute, just to make sure no evil is lurking behind me. Problem is that sometimes the hype of the beginning never quite pans out.

The Devil Complex starts off in the usual fashion as we get to know our protagonists and, more importantly, the chilling background of the Hoia Baciu forest. Just what the devil is going on in there, anyway? Asking the locals garners several different opinions. Some say that it is haunted, some say that strange lights have been seen, while others don’t believe anything is wrong at all. 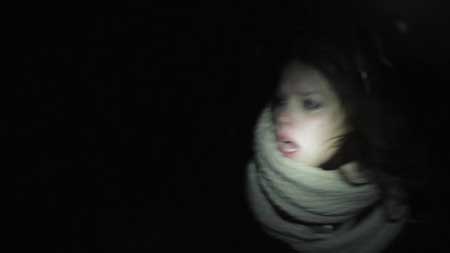 The Devil Complex is a movie that I’d recommend seeing but with some caution. First, you really have to love the found footage sub-genre. Also realize that in a weird way, think of this as a reboot or re-imagining of The Blair Witch Project. Similarities between the two movies abound, right down to the one woman, two men film crew, the bickering between them, the inevitable being lost what do we do now discussion, the moments of self reflection. It’s all there.

The acting is about what you’d expect, the directing at times a tad on the too jerky side. Found footage can be a delicate balancing act between steady, professional shots and made-up, jerky amateur shots. Not easy to do so it’s hard to fault Mark Evans, the director, on this. I did like how the environment was used. Snow covered trees as far as the eye can see, which alone can make you see shapes that aren’t what you think they are, until the camera comes into focus and you find that it’s only an exposed section of tree trunk. 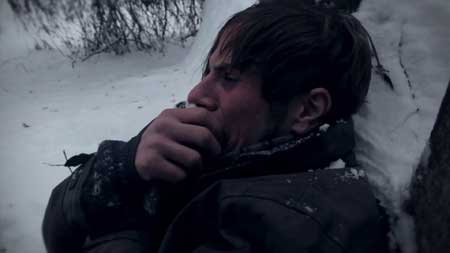 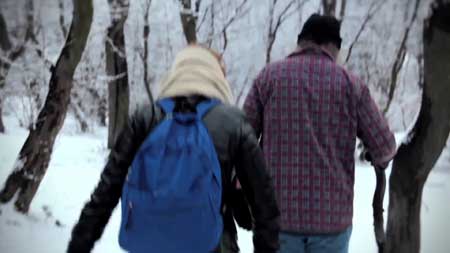 The run time is around eighty minutes but to be honest it only felt like an hour. Even though there were stretches where all you watched was the group trudging through snow, the film moved along at a fairly good clip and the next scene of danger was never far off.

The Devil Complex certainly contains an interesting premise. Using the forest as judge, jury and executioner is pretty darn clever, but hard to show visually, especially when the characters are dealing with internal struggles. All in all, if you can catch this on a cheap rental then I’d say give it a shot. Just make sure to have a clear conscious next time you venture out into the woods.