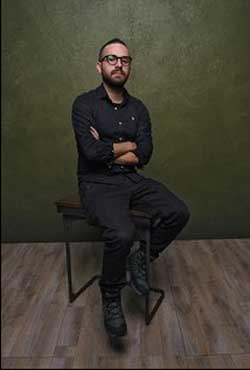 Director Jose Manuel Cravioto’s (Razor Dream) new film BOUND TO VENGEANCE is terrifying and he had twenty days to make this film. The film stars Tina Ivlev, Richard Tyson, Bianca Malinowski and Scott Vance. Cravioto is also a writer, producer, editor and has written several short films. He took time for a Horrornews.Net exclusive interview. I spoke with him and here is what he has to say about making films and whether or not we can expect a sequel to BOUND TO VENGEANCE which opens June 26, 2015 in theaters and VOD.

What was it like to shoot such an intense film?

Jose- It was a terribly good experience and not only the script, the whole process. We had only twenty days of shooting and as you see there is a lot of gallons of blood and location and different things happening and in twenty days it was really a great adventure to me.

Were you thinking of any films while you were shooting BOUND TO VENGEANCE?

The ending was rather shocking. Will there be a sequel?

Jose- (laughs) We were joking about that. We started saying, what happened to Eve? Second part, maybe Phil’s daughter goes to take revenge on Eve because she killed her daddy but maybe she will discover the real story about her father. Maybe, if we have success we will start thinking about that. It always depends on the box office and VOD success.

Tina said she hopes to work with you again. Do you think you will work with Tina again?

Jose- Yeah, I really want to choose a new film this year or maybe in a couple of years if there is a space for working with Tina again. I love working with Tina she is very professional and talented. She works fast and she understands really fast and quick what you want for the scene and the complete choice of the scene. Tina is respectful of the director. 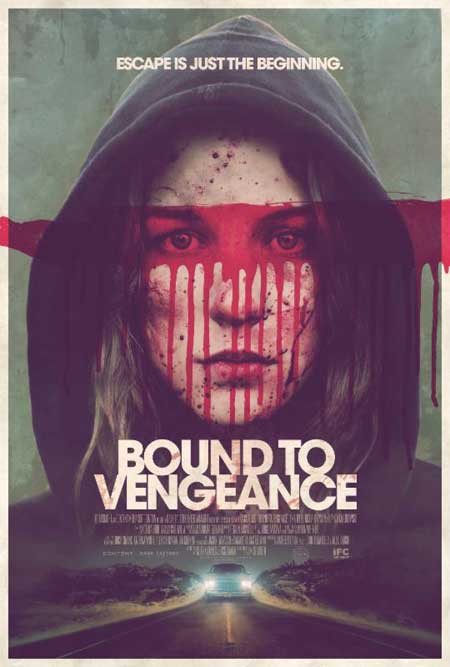 Jose- He is a very classic actor and he needs to propose some of the things. Richard has another kind of reaction. That was really fun to work different techniques with two different talented actors.

Originally I had read the film was titled Reversal, what made you change to BOUND TO VENGEANCE?

Jose- Yeah I think it’s much clearer. If you saw the title on a poster or in your film theater it is clearer about what the genre is and what to expect from the film. Reversal is more conceptual title. I prefer both and Reversal is a beautiful name but BOUND TO VENGEANCE is stronger and clearer.

What do you think it took for Richard to get to the dark place he needed to be to play Phil?

Jose- We re-wrote the script late. It is not in the original script. We wanted to go deeper and more complicated. These kind of stories really affect us.

What advice would you give to fellow directors and upcoming directors? 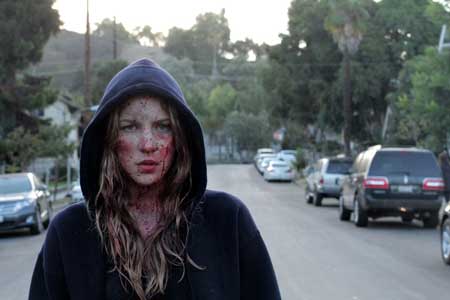 Jose- You need to work hard, not only in film making in every single work aspect. If you are an engineer or a doctor. If you are committed and you work hard, you need to do that. For me I really love to shoot films.

I did not choose film making because it’s cool or because it’s nice to work in films. It’s because it’s my inspiration since I was very young and just working work hard and be very clear about what you expect and what you want. Those three elements, working hard be sincere and feel committed with your project. I think that those three aspects gives you a good film.

BOUND TO VENGEANCE is a gritty revenge thriller about a young woman, EVE (Tina Ivlev), who fights back and manages to escape a malicious abductor. However, after discovering she may not be the only victim, Eve unravels a darker truth and decides to turn the tables on her captor. The film is directed by J.M. Cravioto and stars breakout actress Tina Ivlev and Richard Tyson. The screenplay was written by Rock Shaink, Jr., and Keith Kjornes.