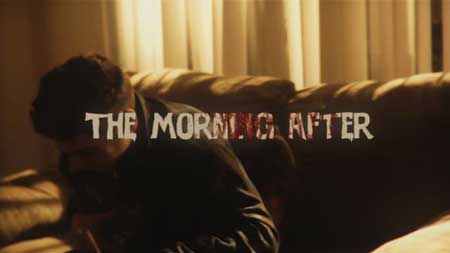 A group of young adults throw a party while another stays in his room studying a strange cocoon. The others wake up the next morning to find blood flowing from under his door…

The Morning After is one of those short, independent horror films that you really wish would have been stretched out to full length. There are so many eighty-five to one hundred minute movies that seem to have more filler than substance, that drag on and on in order to hit “full length” status, so when a smart short like this comes along, it almost makes you mad to see it end so quickly. Then again, if the biggest criticism I’ve got of a movie is “I wish it had gone on longer, I wanted more,” that’s not too shabby, eh? 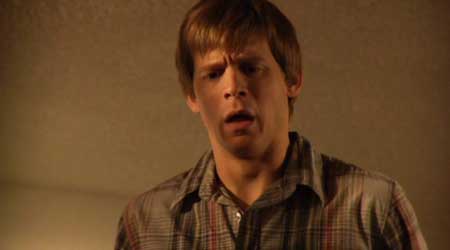 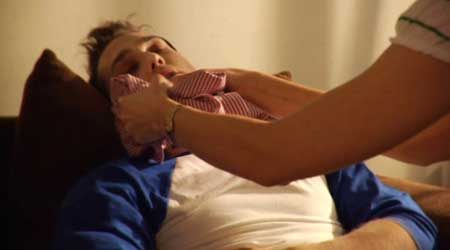 The Morning After comes to us by way of Infested Films and David Sherbrook (writer, director, and producer in this instance). It’s a gross-out horror comedy in the creature feature vein. It’s kind of a breath of fresh air to be honest, a monster/mutation horror in a crowd of ‘psycho killer stalks, rapes, and tortures various women’ clones. I feel like to describe the plot of this one won’t really do it justice, but here goes anyway: a science student (Jerry, played by Zack Fahey) inspects a very large cocoon in his room while all of his friends party throughout the rest of the house, despite the urging of his friend Darryl (Daniel Richardson) to come have some fun. By the time morning comes around, and the hungover party-goers begin to stir, something has happened to Jerry, something very bad.

But before we really find out what, a pair of bank robbers break into the house, one of them shot. They grab Beth (Laura Owen, the only female in the cast) and hold her hostage as the hide out in a bedroom and try to determine their plan of attack, but it turns out the room they have chosen holds something monstrous. All hell breaks loose, and then it gets even crazier.

A lot of flashier, bigger budget Hollywood movies could take a few lessons from David Sherbrook and company. While it’s obvious the budget of The Morning After is very low, and most was spent on effects (the acting isn’t perfect, but it’s good enough, and everything takes place in a very small setting), there are so many things they did get right, it’s easy to overlook the little imperfections. Here we’ve got a novel approach, a mysterious pod thing that seems to be alive, and rather than show all the cards up front, we keep the suspense up for a bit instead.

Rather than simply offing party kids left and right, these folks opt for a different approach: rather than give the audience what they expect, why not throw things off a bit, and amidst a group of friends panicking about a monster in their house, let’s toss in some crazy bank robbers and raise the levels to eleven! Add in a crazy militia dude (Chuck, played by Anthony Berhle) who has enough firepower to wipe out a small country – and might try to do just that once he finishes with this mess – as well as some blood and guts and explosions and, hell, why not some laughs too, and you’ve got so much packed into such a short running time (barely over thirty minutes), you can’t help but want more. 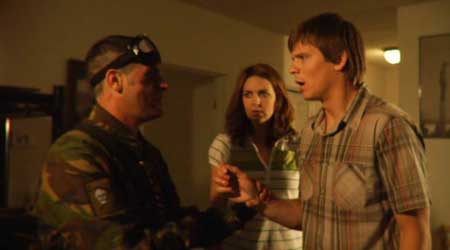 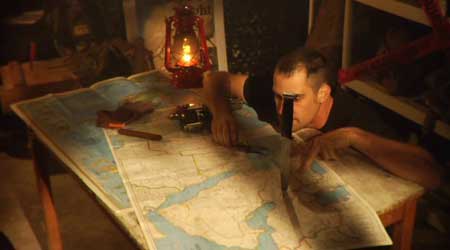 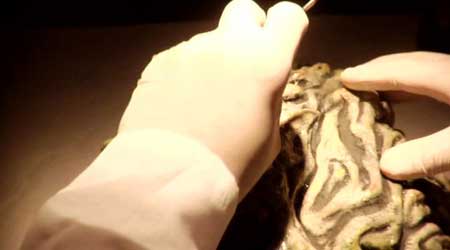 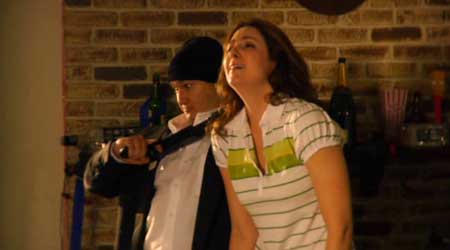 The Morning After is a little bit Troma, a little bit Cronenberg (think The Fly on a much smaller scale), and a little bit Little Shop of Horrors, all rolled into one tight little package. It stands alone as a short, but can also be found as a segment in the anthology-style film Dead on Appraisal (along with three other shorts by directors Sean Canfield and Scott Dawson). If you’re just looking for gore and brutality, this one might not be your thing. But if you enjoy having fun with your horror, and seeing some up and coming talent giving their all, I highly recommend The Morning After. I have gone so far out of my way not to give much in the way of spoilers here that I run the risk of coming across too vague, but please believe me when I say this is a very enjoyable monster movie with a good sense of humor.