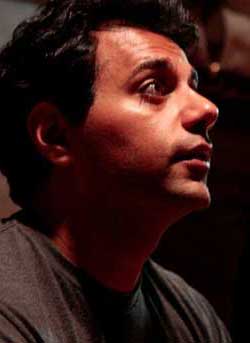 A Horrornews exclusive, writer/director Dylan Narang spoke with me about his new film ALL I NEED. The film has the perfect amount of scare, tension and intensity. At certain points when you are watching the film you wonder what he was thinking to create such beautifully brilliant Hitchcock movements for his actors. I believe Hitchcock is somewhere smiling with glee. The interview with Dylan was incredible. He was engaging and he even asked me “who did you think was under the mask?” There were quite a few possibilities but you will have to watch it to find out.

What went through your mind when you were writing ALL I NEED?

Mr. Narang- Well, okay there was a couple things with this one. The first thing is I was thinking about a couple of scenes specifically that I wanted to explore, including survival and entitlement were the main ones that kind of played all through the film and how someone survives and what entitlement gone wrong, what it could possibly do.

How did you handle this being an independent film?

Mr. Narang- As an independent film-maker making a low budget movie you kind of want to be smart and I don’t want to say thrifty but more economic in what you are writing and writing about. I’d like to do a thriller and the idea of someone being in one space it’s very intriguing if it is done right. I always like to do things a little differently so for me I thought the way I want to do it is make it a silent movie. That’s where the idea came from when I was writing it. Eventually it turned into during production we lost our location we originally wanted. It took another year for us to shoot anything else and in the mean time we lost Caitlin Stasey whose amazing, she got hired on the show called RAIN but she visited us. The writing process changed a lot when it became sixty to seventy percent of the movie and now I have to figure out what to explore in another thirty to forty percent and which character I can really go into so the B storyline with Mark Saylor’s character Andrew exploring the tormenter, that came way after. It took about three to six months to finish that.

How did you create the slow, creepy intense scenes (including the ending)?

Mr. Narang- Well, I think there is a buildup of what is probably happening around but as a filmmaker there are certain things that you can do that provides tension and it can push the audience in that direction. If we are talking about a dolly in or a dolly out I use both and whether it is push in or a push out if its slow and there is some reason that the character is waiting for what’s going on, on the other end that will always provide a little bit of tension. We also had a great talented composer, Jacob Yoffee who is just a great composer. He and I worked on it to try to up the tension with the types of music and the types at specific times and what I thought we needed along with whatever camera moves to provide a little more tension. And then of course if you have the performances that is the key thing. If you don’t have that it doesn’t work at all. If you have the performance, the camera, the music and you build all those together and you can make something fantastic with just one shot if you do it right. 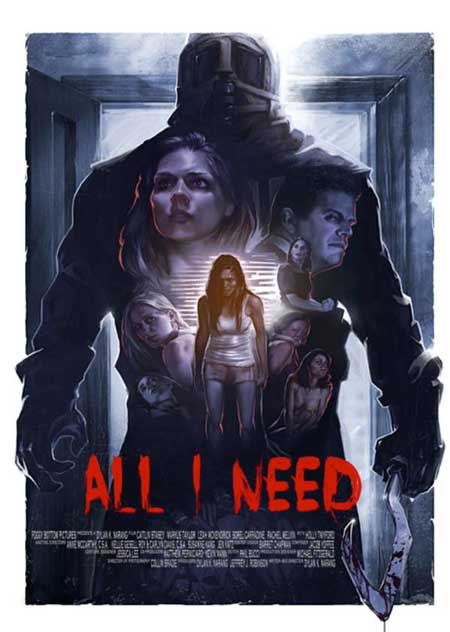 What makes this film different from other films being that it was filmed in one location?

Mr. Narang- I think it’s different. I stuck really close to my theme and I tried to hopefully make a little bit of a statement but you don’t want to be heavy handed and go over the top because it comes off as pretentious. I think it feels a little more substantial. Technically, I wanted to make a silent movie and that’s why most of the stuff in the room there is no dialogue. That makes it different for this type of movie.

Could you tell me about your next project you are working on?

Mr. Narang- Yeah, I actually have two scripts. One of them is an Action/Horror/Thriller/Comedy mockumentary. There is a lot in there but it’s a really fun one that I wanted to do for a while. It is a mockumentary for the first two acts and then it turns up as a straight narrative but it is about a Zombie exterminator who is in an apocalyptic world and this guy is really good at his job of exterminating zombies and there is his rival across town. It is a little bit of an eighties movie set-up where you have the rival bully that always kept the main character on his heels and not only does he need to fight off the surge of zombies but he needs to come into his own when his high school sweetheart shows back up. Then I have one that is a political thriller about a war photographer who ends up getting photos of political atrocities overseas and then he gets found out that he has these and he is chased by a government official with a lot of power through Pakistan as he is trying to get these photos out. (They both sound good. Dylan noted: His dad likes the idea of them)

What advice would you give to future directors and writers?

Mr. Narang- Well, I think you need to just go do it. A lot of people wait and wait. You can spend all of your time waiting and you should just do it! The second one which is probably more practical is to plan, plan everything. I spent an enormous amount of time in pre-production with my cinematographer or other creatives planning how I was going to do my first feature. I knew down to not only the shots in the room, the overhead diagram. I knew down to the cuts from shot to shot. Maybe it might be overkill but I wanted but for me I really wanted to make sure that I had it all planned out. If you have that, when problems do arrive you can find out solutions to those problems a little quicker.

An insecure young woman must overcome her captor to save her own life, all the while not
Knowing the sinister reason she’s really being held.

Chloe opens her eyes from a deep sleep to a strange and unfamiliar sight: A side view looking under the dirty, tattered and unstraightened bed-skirt of a twin bed. What she can make out is a seemingly empty circa 1970s motel room. Through her obscured view, she sees a chipped wall and what must have once been a brightly colored carpet (now pock-marked with globs of foulness). Chloe’s pounding headache gives way to the realization that she doesn’t know where she is. There’s something else wrong too. She is gagged. She attempts to remove it – but can’t.

Chloe’s hands are bound behind her back. Chloe’s feet are tied. She wears only a tank-top and her underwear. She begins to struggle against her ties. Chloe screams – rather, what can best be called a dull noise due to the gag. It is not loud. The struggling is for naught. Chloe begins to thrash her body as the full severity of her situation washes over her…

She heaves herself onto her back and gets a fuller view of the room and her position as her eyes dot back and forth. Chloe is on the ground in a dirty, soiled, motel room in-between two twin beds with once matching, but now tattered bed coverings. An old wooden night stand separates the beds above her. Disrepair puts it lightly. Through her struggling, Chloe bumps the nearby bed – a DEAD GIRL’S HAND falls onto his face – her wrist adorned with a homemade keepsake bracelet. Chloe loses it – she screams, thrashes, and fights against her bindings – slipping onto her side away from the bed – and comes face-to-face with Emma, also gagged and bound. Emma is lifeless – wears only her bra and panties – dark circles overlap her shut eyes. Chloe does not take the sight well…

Tags All I Need Dylan Narang