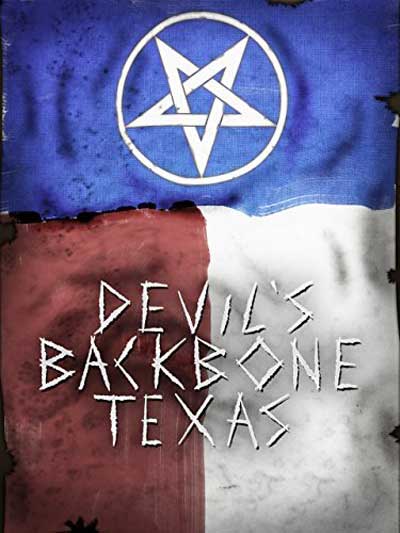 In January, 1996 Unsolved Mysteries featured a story on landowner Bert Wall’s ‘real-life’ interactions with the spirits that roamed the Devil’s Backbone. Nearly twenty years later, Wall passed away…leaving behind only fragmented tales of an inexplicable terror to those that knew him best.

Attempting to recreate the feel of the wildly successful Blair Witch Project is a tall order and, while everything is said to be bigger in Texas, the Devil’s Backbone Texas (IMDB adds an additional comma where none exists in the title) falls short of that mark. Still, that isn’t to say that the film is wholly unsuccessful. It is just simply unfair to attempt to judge this as a “horror” movie, as it is mostly an atmospheric but only “mildly creepy” film with the occasional jump scare.

Like many of the locations, Bert Wall was real and that he made claims of supernatural activity in the area is well documented. His stories were once covered in an episode of Unsolved Mysteries (after Robert Stack just stopped caring) and he authored a number of non-fiction books on the subject. His stories, and his death, are the conceit around which the story is told. Shot in the docudrama style that has become popularized by such cable offerings as the Bermuda Triangle: The Devil’s Graveyards and Mermaids: The Body Found, this offering actually stands above many of the others of its vein by having a cast of characters that are mostly believable. With three very real PhDs discussing events in and around the area, the entire project lends itself an air of authority. To further strengthen the feel of the film, his family takes part. 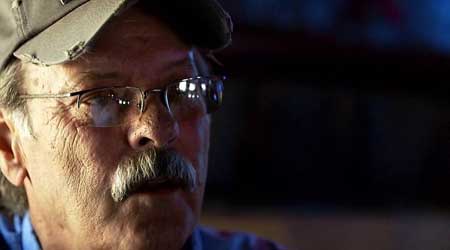 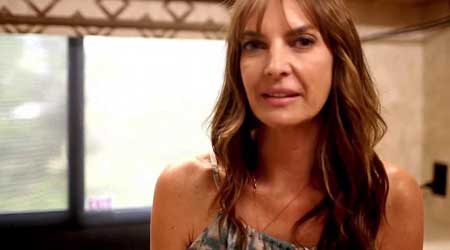 Did we mention that writer director Jake Wall is the son of Bert Wall, and that Wall’s other three children all take part? They do and, frankly, it strengthens the sincerity of the entire movie. That his son Jake wants to honor his late father with a ceremony to scatter Bert’s ashes on the property feels genuine, and much of his emotion comes off as raw and real. That Jake’s film is based on his father’s books itself serves as a tribute to his father, although perhaps his father deserved a bit better than this middle of the road offering.

We are introduced to local personality after personality. Some, like Jack Glover, are so authentic and kooky that you want the entire movie to be real. This cast of minor characters often steals the show and the movie could have certainly used more of them. None of the acting is wooden or flat, and everything has a veneer of sincerity. Amidst all that footage are real stills and home movie footage from the family that adds to the believability. Indeed, if aired on the History channel or the like, it would most likely be taken seriously by far too many Americans. Like Blair Witch the movie attempts a slow burn to build anticipation for a climax.

That is pretty much where the movie falls apart. While this gives the movie more of a sense of being real, or being part of a documentary, it means that actual horror falls by the wayside. Certainly, there are moments of real tension mixed amongst the jump scares, but they are far too few to elevate this movie above any number of similar films. Set over the course of three days, the first 30 minutes are spent laying the groundwork for the scares to come but, frustratingly, they just don’t come.

There is a lot of potential in the beginning. There is the visit to the empty and unlocked home of CJ Wall, and the poking around in the dark barn misses so many fantastic opportunities by relying too heavily on an old barn to be creepy. The jump scare, when it comes, works, but jump scares are a cheap trick with no real lasting effect (much like this movie). The visit to Bert’s home carries an atmosphere of real dread that could have been so much more than an unexplained jump scare. But that is the general mechanism of this movie, unexplained jump scares. Something like this would be really creepy and spine-chilling in real life but, separated from us by a screen? Not so much. 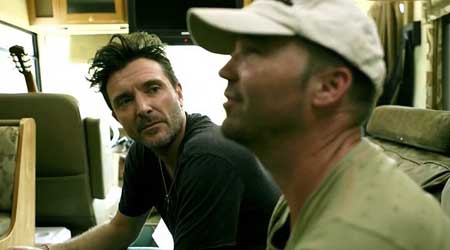 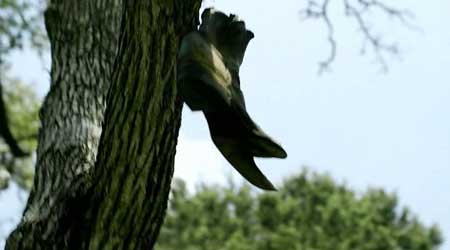 Another problem is that the movie tries to do too much in too large a space. Where other films have been filmed and set out in seemingly endless woods, they haven’t had a number of set locations to use in those areas. The number of places that the cast here run back and forth to (CJ’s house, Bert’s house, the RV, the barn, the gates, and the snake pit) only serves to strain credulity because they have no real reason to not leave (seriously, locking yourself in on a property with a mysterious truck that tries to run you down in the night – not logical). Further, when they have access to both an RV and a truck, why do they walk everywhere? Certainly, hiking into the back country makes sense, but hiking up and down the road to the home of CJ Wall? Perhaps it was an opportunity to show off the cinematography skills of the crew, or perhaps it was a lazy reason to allow an ominous visitation.

Ultimately there is a twist reveal before the final climax that feels more like an excuse for lazy writing choices than something organic to the story. While it doesn’t fall flat, it feels fake, which is rather unfortunate as it then rather lessens the impact of the final moments of the film. As viewers, we no longer care about Jake and his friends; we just want something, anything, to happen to vindicate our choice to sit through the movie.

As the credits roll we are left having experienced eighty seven minutes of a decently watchable film that served merely to set up perhaps six minutes of mild chills and jumps. The entire production could be edited down to perhaps ten to fifteen minutes to serve as the basis for a far better (and more frightening) film.

As a tribute to one’s father, there are far worse things. But this movie could have been so much more. Where it fails is ultimately the fault of writer/director Jake Walls. Known best for writing derivative works (such as the remakes of the Hitcher and When a Stranger Calls) even his tribute to his late father is merely derivative and builds far too little on the original source material. Make no mistake, this isn’t an awful movie. It is watchable; it just doesn’t fairly compensate you for the time spent.