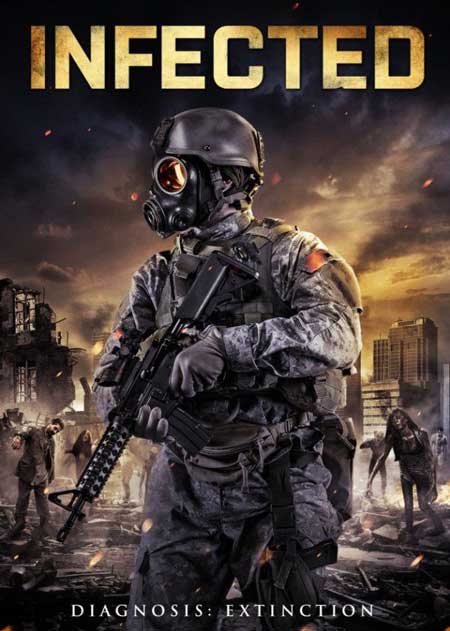 A group of people take refuge in a school after the zombie apocalypse takes place.

I don’t know about the rest of you out there but I am beyond tired of zombie movies at this point in my life. A new one has come out almost every week for the last couple of years now and I just have to say that enough is enough. The zombie fad is finally starting to die out a little but some people are still crazy for them and as such movies about them are still being made. I’m really not that big on zombies personally. I mean I like them okay but they definitely aren’t my favorite. I think it’s time to move on to something else (like say werewolves maybe?) and put the whole zombie fascination behind us for a while. With that being said I went into Infected (aka The Dead Inside) with pretty low expectations. I was sure that it was just going to be another forgettable zombie flick just like countless others that I’ve seen over the last several years and I was exactly right. 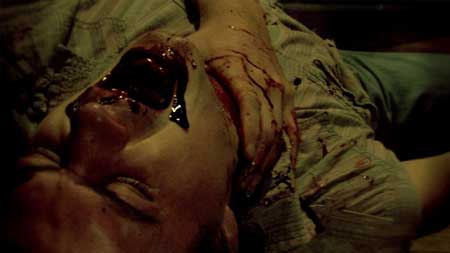 In all honesty if you’ve seen just about any other zombie movie then you have already seen Infected. It is painfully unoriginal and doesn’t bring a single new idea to the table. Pretty much everything that takes place in this film already happened in other zombie movies and I had an overwhelming sense of déjà vu the entire time that I was watching it. I can’t really blame the filmmakers behind it because in all honesty, what can you do differently with zombies that hasn’t already been done before? The film is loaded with tired zombie movie clichés and there is nothing about it that makes it stand out from the crowd. If you watch Infected and then any other recent zombie movie (such as Zone of the Dead, Devil’s Playground, or any of the dozens of other similar ones) it is really hard to even tell them apart in a lot of ways. I can’t really say that I was disappointed after watching Infected as it was pretty much exactly what I expected it to be and I wasn’t at all surprised by its overwhelming lack of originality (which is without a doubt its biggest flaw). 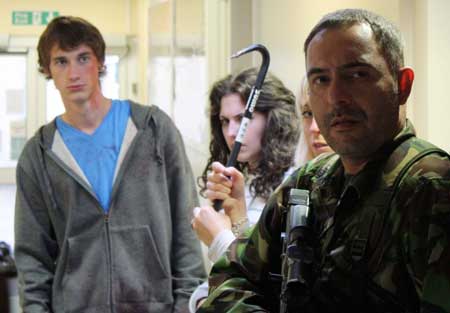 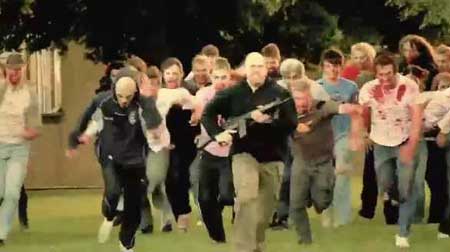 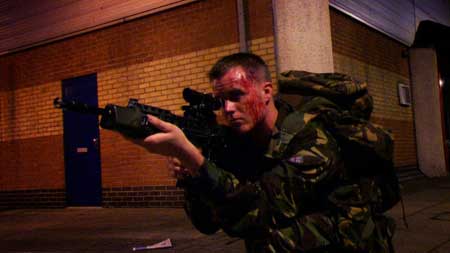 In addition to being very unoriginal I also thought that the movie was just plain boring. The zombies aren’t really anything that amazing when it comes to looks (they just look like regular people with a little make up on their faces) and even though I liked the fact that they ran (hey, I prefer fast zombies to the shambling ones that move around like they have too much starch in their underwear) they aren’t intimidating or scary. Hell, they pretty much disappear for the most part for a while toward the middle and we don’t really see that much of them as the film focuses more on the (boring) characters trying to survive. There really isn’t a great deal of action taking place in this movie which makes it seem to go on a lot longer than its nearly two hour running time (which is a bit long for this type of movie if you ask me).

On the other hand, not everything about the movie was bad. The acting was actually pretty decent for the most part and I’ll have to admit that I was a bit stunned as I fully expected it to be horrible. The acting isn’t spectacular by any stretch of the imagination but there are several people in the movie (such as Simon Nader who plays Wayne Andrews) that really do an outstanding job. I also have to say that the effects aren’t so bad either considering that the filmmakers most likely didn’t have a whole lot of money to spend while they were working on this movie. 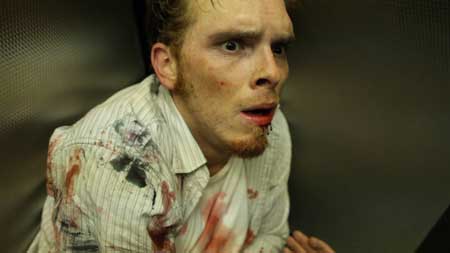 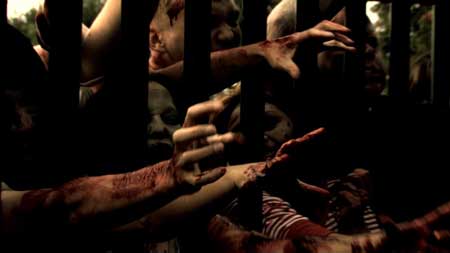 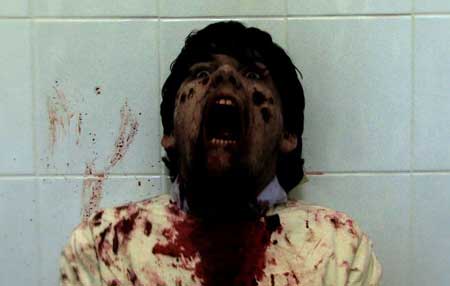 This is director/co-writer Andrew Gilbert’s first film and even though I really didn’t care for it I have to give the guy props as it is obvious that he knows what to do behind the camera. The direction and the way the film was shot didn’t seem too amateurish to me and I was a little surprised that he hadn’t directed any other films before this one as he seems to be very good at it. It’s just too bad that he didn’t have a better, more original story to tell. 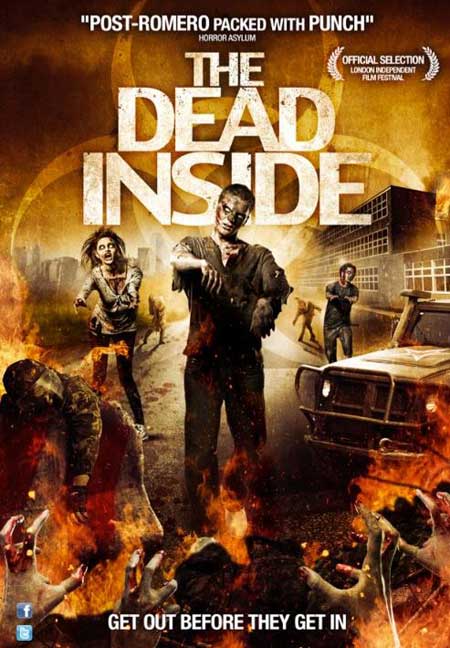 I just didn’t care for Infected. I thought that it was pretty cookie cutter overall and the premise (which I have seen many, many times before) just didn’t appeal to me. I think that the entire zombie thing has become played out and this movie did nothing to help change my mind on that thought. Check it out if you love zombie movies but keep in mind there’s nothing to be seen here that you haven’t already seen countless times before.