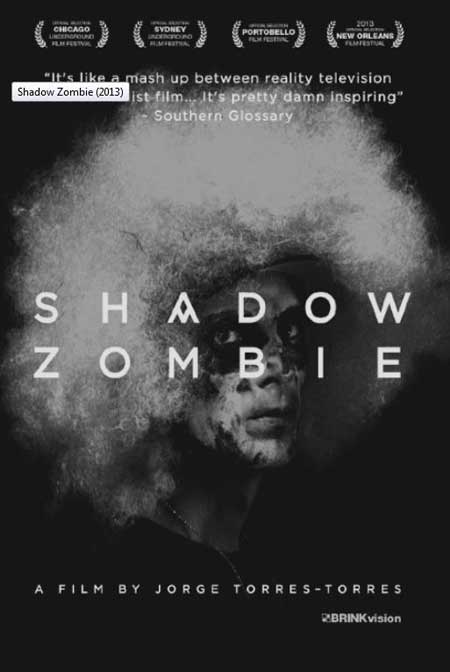 A southern tale of love and death set deep in Louisiana country. A lonely drug dealer (Kim Filth) finds peace when he transforms into his alter ego, Shadow Zombie, by merely painting his face and snorting painkillers.

One glance at the title of this film and you think you are instantly heading into crap horror territory. However, Jorge Torres-Torres’ Shadow Zombie is actually a poignant ‘slice of life’ movie about loss and people hiding from their inner demons. The two main characters struggle with the harsh realities of their lives and use their alter-egos to try and find peace in themselves and each other. 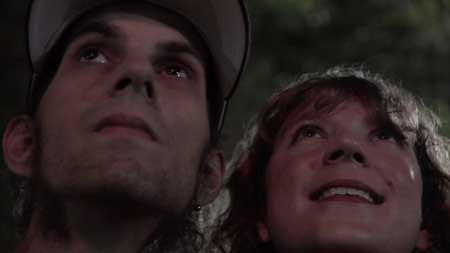 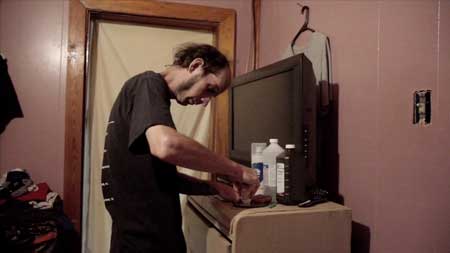 Kim (Kim Filth) is a bedraggled, gaunt and quietly spoken man from Crowley, Louisiana, who lives with his father and makes money selling weed at the local skate park. In between reading his poems and snorting prescription drugs he lives life through his alter-ego, Shadow Zombie. As Shadow Zombie, Kim attends parties, speaks openly and is generally more at ease with the world. One day he meets a girl named Brandi (Brandi Viator), a nurse who, in the evening, dresses up as a clown called Cookie. As their friendship develops they become more comfortable in each other’s presence but find that not all personal issues can be swept under the carpet.

The first thing about Shadow Zombie that strikes the viewer is the style in which it is filmed. Colours are washed out and the handheld camera work presents the film as a stylised documentary, complete with slight overuse of slow motion sequences and mumbled conversations. The majority of the techniques really immerse the audience in the film and make you question whether some of the cast are acting or simply being themselves. This air of mystery makes the film so much more intriguing and although it is incredibly slow moving at times, kept my interest throughout. 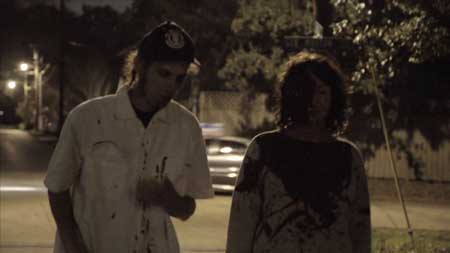 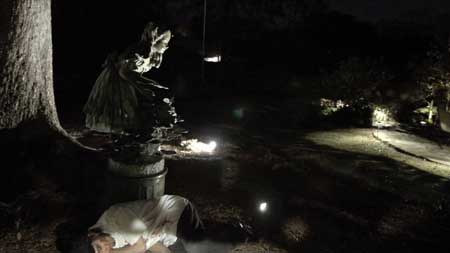 The character of Kim is a tortured soul who uses his alter-ego to escape the harsh reality of his life. During conversation he openly states that he hasn’t achieved anything since leaving school and the look of self-loathing is plastered on his face whenever he is without his make-up. Torres-Torres’ careful character development really helps the viewer to like and feel for Kim as the film progresses and makes you question whether Kim Filth is an excellent actor or just needs a great, big hug.

While the full extent of Kim’s loss is revealed as the film progresses, Brandi’s past is steeped in mystery and we only get to know a little bit more than what she explains in conversation. Her mind is pock-marked with disturbing flashbacks of her parents’ demise and unpredictable moments of anger. While Brandi’s character was not always totally convincing in her dialogue, there is an exceptional scene where Kim doesn’t realise he has crossed a line before it is too late and the sheer fury displayed by the otherwise placid Brandi clarifies that there is very much more to her than there first seemed. 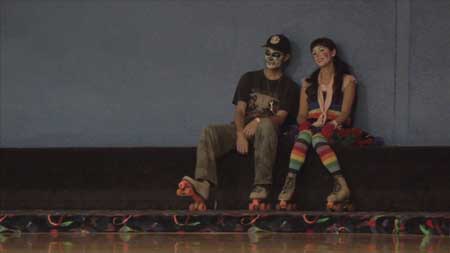 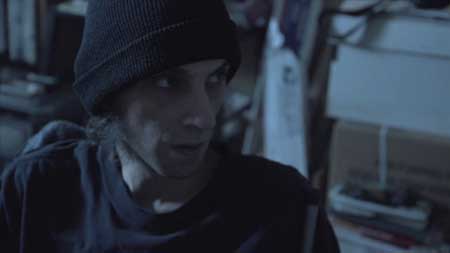 As a film, Shadow Zombie leaves the viewer with quite a few questions unanswered and while I love analysing scenes to understand what the director or writer was trying to say, some fairly major elements were never touched on again. One particular instance occurs after Kim leaves the frame at the roller skating rink to return their hired boots. Brandi is left alone to finish getting ready and a dark shape/ghost/mist materialises behind the safety glass. Although there are other supernatural or psychological occurrences in the second half of the film, this rather powerful moment disappeared into the ether and left me scratching my head.

I really enjoyed watching Shadow Zombie but this is certainly not a film that will leave you with the desire to skip down the road, humming a happy song. The overall atmosphere is one of sadness and the need to escape. The look, mood and pace of Shadow Zombie reminded me very much of Toad Road, for which Jorge Torres-Torres did the cinematography and editing, and both films weave on the same line between reality and fiction. Shadow Zombie is not a film for everyone and people who are wanting gore and jump scares will be severely disappointed. There is horror here but it is the horror of loneliness and the past and if you are willing to invest your time in Shadow Zombie’s slow pace you will be rewarded with a thoughtful and touching account of love that was never meant to be.