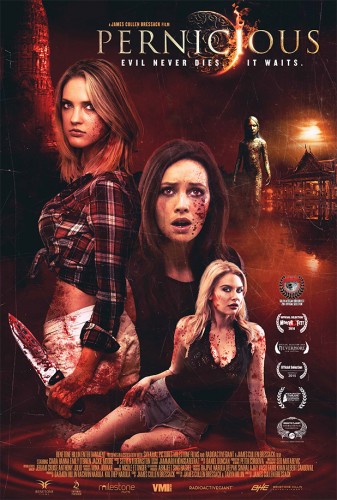 Pernicious, starring Emmy-nominated Emily O’Brien (Young and the Restless), Ciara Hanna (Power Rangers) and Jackie Moore (100 Ghost Street), is “a carnival for the eyes” (Dread Central)  and “sexy, bloody, and heinous” (Horror News). The movie tells of three young girls, holidaying in Thailand, who unleash the spirit of a murdered child with only one thing on her mind – revenge.

Film is written by Bressack and Taryn Hillin.