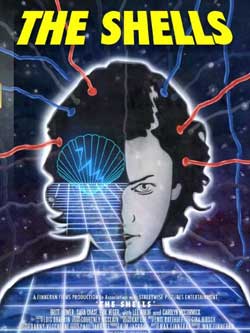 Led by a madly enthusiastic director, a team of amateur filmmakers hole up in a former undercover DOD research facility to make a film about a dream researcher who disappeared while in the midst of a secret neurological experiment.

There is nothing greater than a horror movie crossed with science fiction to keep the mind entertained, especially when it is done properly. This is one of my personal favourite genres of all time, so I am pretty excited about this movie.

We begin with our lead character, a young woman named Alex. Unfortunately for Alex she is constantly plagued by a string of dreams, but not just any dreams! The scarily real type of dreams. Needless to say Alex is more than a little bit worried and disturbed by these dreams she continues to have. So, in an effort to try and over come, or at least sort out what these dreams mean, Alex joins a film crew and heads to a research facility with them. The crew are making a film about a Neurologist who disappeared in the 1960s by the name of Dr Marzena. Dr Marzena is not just any normal neurologist though, she disappeared in the 1960s mysteriously while working on a secret neurological experiment.

In spite of her good intentions and search for relief, Alex finds herself in quite the predicament. It turns out that not all is as it appears. Dr Marzena is not where or what they thought she was and one by one the film crew begin to disappear and turn into ‘shells’ of the person they once were. To no surprise it is left up to Alex to not only save her self, but also to save her fellow film crew members as well as just the day in general.

Again though, the acting is a bit sketchy and put on at times leaving a feeling of inconsistency in some areas. However, compared to a few other titles I have seen of late, The Shells is no where near as bad as others and for me the few inconsistencies are forgivable this time around. The same could be said for the special effects and over all finish on the film too, not the greatest but somewhat forgivable.

What could have easily kept going down the typical hack and slash type of movie path, The Shells changed the direction and for that I am grateful. Don’t get me wrong, I do love a good hack and slash film as much as the next horror fan. After a while though, I find they become a bit predictable and boring. So instead of just allowing the film crew to go missing and be hacked up one by one, a bit of thought was put into the story and the predictable became the not so predictable.

All in all I was quite pleased with this movie. It did get a little bit deep and hard to follow at times. So my advice is, if you intend on watching this and understanding the ins and outs of everything going on be ready to pay attention and be distraction free. I would not go as far to say that I would watch this again (it is one of those movies that once the twist is revealed re watching does not and can not give you that suspense again as you already know the story).

So it is that time again, time for the stars! Based on my viewing experience of The Shells, today I am giving 5/10 stars. This film got its 5th star from me based on its originality and not just following the path that has been done before. I quite liked this movie and if you too are a sci-fi/horror lover give this movie a go!