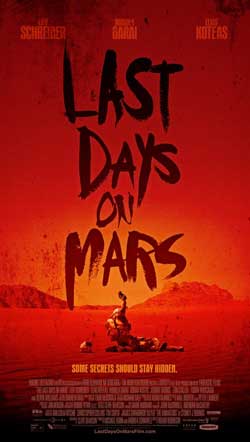 A group of astronaut explorers succumb one by one to a mysterious and terrifying force while collecting specimens on Mars.

Our little red neighbor residing just over the fence at 34 million miles away has been poorly represented in film since Arnold saved the mutants in 1990’s “Total Recall.”  Even denying the pointless remake’s existence, you’re still left with garbage.  At least the Val Kilmer bomb “Red Planet” and Carpenter’s unintended comedy “Ghosts of Mars” qualify as guilty pleasures.  Not even the presence of a great cast (Tim Robbins, Don Cheadle) could save “Mission to Mars” from being as interesting as watching flies bump uglies.  The less said about “John Carter,” the better. 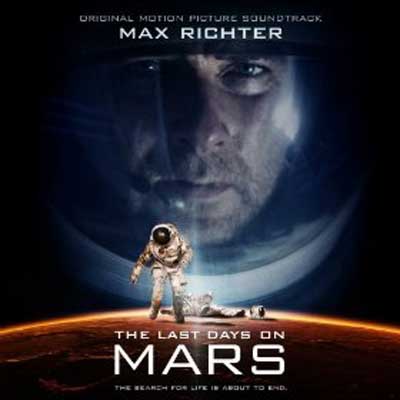 The fourth rock from the sun is redeemed a bit with “The Last Days on Mars,” a taught if unimaginative thriller from feature length newcomer Ruairi Robinson.  Working from Clive Dawson’s treatment of a Sydney J. Bounds short story (“The Animators”), Robinson’s debut boils down simply to “space zombies,” but its ambitions are much loftier than the synopsis suggests.  Relying heavily upon its impeccable cast and character dynamics that mostly work, “TLDOM” strains to find a place amongst the more cerebral sci-fi experiences, yet doesn’t put on airs.  It’s a body count horror flick and knows it.  However, it’s in this respect that the offering flounders as a whole.

With just nineteen hours left of a six-month research stint (“Nineteen hours?  Why is the word ‘days’ plural, Rob?”  “I don’t know.  Stop interrupting.”), the team of scientists and technicians are more than ready to finally get the hell away from one another.  Led by the always dependable Elias Koteas (“Let Me In,” television’s “The Killing”) as Brunel, the group discovers that their seemingly fruitless mission may have yielded results when Petrovic (Goran Kostic, “Taken”) believes to have found a microscopic bacteria existing underground. His attempt to retrieve samples does not go as planned (surprise, surprise), as a freak earthquake causes a fissure that he falls into, presumably to his death. 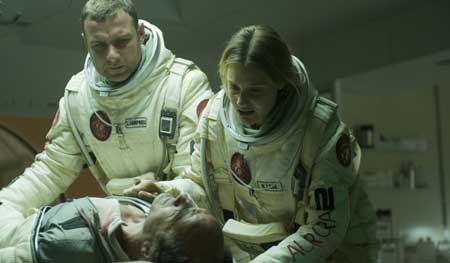 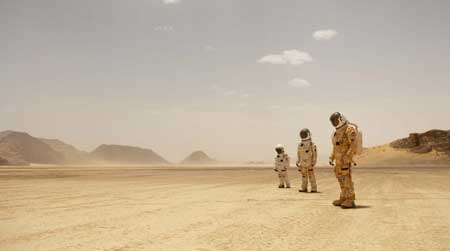 One aspect that immediately stands out is the realistic gravity given to Petrovic’s passing, as demonstrated by the film’s ace players.  Liev Schreiber, still carrying some of the badass he’d packed on for “X-Men Origins: Wolverine” four years ago, brings an odd melancholy to his role of Chief Systems Officer Vincent.  Romola Garai also carries a certain pathos as Rebecca, though she’s clearly overshadowed by her more famous co-stars.  The show-stealer of the bunch, however, is Olivia Williams (“Sixth Sense” and one of my all-time faves, “Rushmore”) as Ripley.  Oops, I mean Kim.  The character’s name is Kim.  Seriously friends, it would be impossible to not draw obvious comparisons to Sigourney Weaver’s trailblazing role, but there is no denying the power of Williams’ channeling.  Her arc from uptight, verbally abusive bitch to tragic hero is a highlight.

When Vincent and Brunel return to the site to retrieve the body, they find neither a corpse nor Lauren (Yusra Warsama), who had stayed behind.  They do come across two sets of footprints in the sand, heading back in the direction of the base.  It’s there where we get our first glimpse of the infected, which is a more appropriate term for the film’s antagonists.  Despite the extremely effective “monster” makeup they bear, our baddies are more akin to Boyle’s pissed-off hordes in “28 Days Later,” as demonstrated when the turned Petrovic immediately takes a power drill to a hapless mate’s guts upon entry.  This introduction of the horror element is an intense sequence, with Kim expertly battling both creatures in the laboratory before fleeing outside. 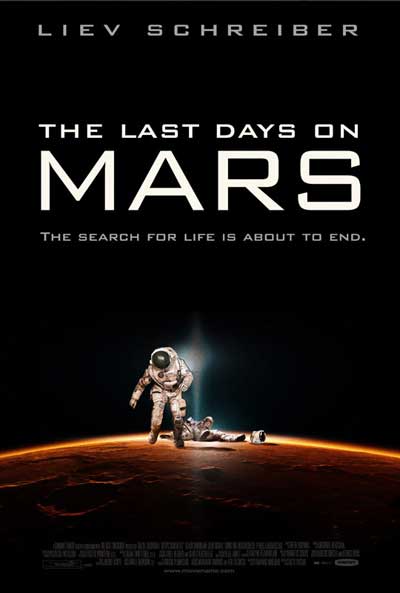 Those left standing escape to the hydroponic dome (I incorrectly assumed weed when I heard that) with a severely injured Brunel.  This leads to another teary-eyed swan song, allowing Koteas an Oscar clip that will never be.  It also borders on maudlin, and it’s these hiccups in the pacing that threaten to sink “TLDOM.”  Adding to the drag are the unnecessary occurrences of Vincent’s claustrophobic panic attacks, which bring things to a screeching halt and seem only to exist in service of a cool “2001” shot.  This plot device grows from tiresome to annoying by the time he has to crawl through an oxygen pipe (another tip-of-the-hat to “Alien”) to repair the communications system.

The picture plays out as a race to the finish line once the infected breach the dome and our leads are forced to make a break for it in one of the rovers.  Kim’s demise adds a touch of betrayal during these moments, and her glare of shock and heartbreak is haunting.  The remaining three, two of whom are most likely about to be beaten with the ugly stick (the bacteria enters the body merely through contact), make their ways to the rendezvous point, hoping to arrive before their less friendly comrades do.  This leads to an exciting finale aboard the transport ship and the routine genre trope of a wide-open ending. 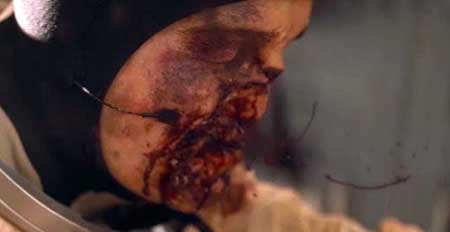 Visually, “TLDOM” is a marvel given its modest budget.  Jordan serves as the Martian surface, and Robbie Ryan’s filtered cinematography brings the proper extraterrestrial feel to the landscape.  The effects, from the previously mentioned makeup to above par CGI graphics, are also nearly seamless.  Like the rest of the package, the technical flourishes bring nothing new to the table artistically, but Robinson and company deserve recognition for what they’ve achieved here.  It’ll be interesting to see what they can accomplish in the future with less derivative material. 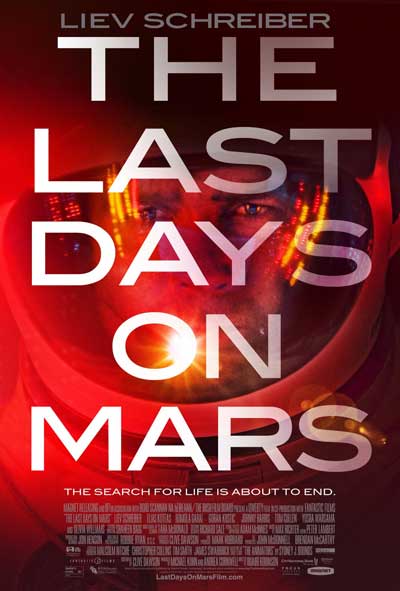 “The Last Days On Mars” is an exceptionally acted and presented retread of several familiar science fiction and horror themes that never quite pops as much as you’ll want it to, but entertains nonetheless.  It’s definitely worth a look-see on a cold winter’s night.  If you’ve got a hankering for space zombies, you could do much worse.