Home | Check Out the KILLER RACK! 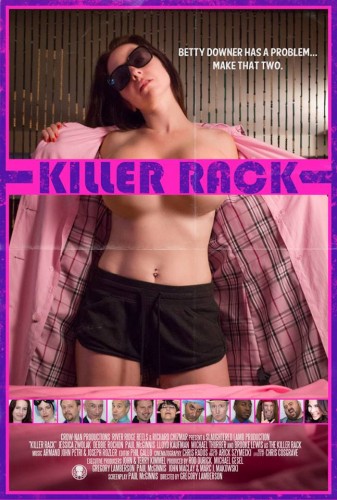 Slaughtered Lamb Productions has released its official film festival poster for Killer Rack, the screwball horror comedy directed by novelist and filmmaker  (Slime City, The Jake Helman Files) from a screenplay by Paul McGinnis.   The company has also released several minutes of footage from the film as part of an IndieGoGo campaign to raise funds for film festival submission fees, and character portraits will be posted on the campaign page daily. Filmed in Buffalo, New York, Killer Rack stars newcomer Jessica Zwolak, who appeared in Lamberson’s Dry Bones, along with Debbie Rochon, Michael Thurber, Lloyd Kaufman, Sam Qualiana and McGinnis. Brooke Lewis provides the Voice of the Boobs.

“After almost a year of hard work, the film will be completed in two or three weeks,” says Lamberson. “Our visual effects are done, and Brooke just recorded her vocals out in L.A. Armand John Petri and Joe Rozler, two longtime music industry pros, are recording a really ambitious score. We’re thrilled with how everything’s turned out, and can’t wait to unleash this flick on the world. A lot of people with preconceived notions are going to be surprised by it.”

Killer Rack tells the story of Betty Downer (Zwolak), a woman who seeks to turn her life around with breast enhancement surgery from Dr. Cate Thulu (Rochon). Her new assets bring her the attention she desires, but Betty soon discovers her new boobs are actually man eating monsters hell bent on world domination – and only she can stop them. The film blends office and sexual politics with horror comedy, and Lamberson promises a finale that tops anything he’s directed before.

“We have a twelve minute sequence in which Betty goes on a rampage and no one in Buffalo is safe. Our effects team, Arick Szymecki and Stacey Book, used so many different practical techniques, including marionettes and different full size puppets, and more blood than in all of my other films combined, and Brett Piper did some crazy stop motion animation for us. We’re actually excited about our IndieGoGo campaign, because we’re making a lot of these monster puppets available as perks.”

Lamberson speaks highly of his post production team. “I’ve spent the last six months working with my regular editor, Phil Gallo; a new visual effects director, Chris Cosgrave; and with Armand on the score. He’s recorded hit songs for Goo Goo Dolls and 10,000 Maniacs, and is collaborating with Joe, who’s worked with Manowar. Chris is also designing our marketing materials, and worried the poster looks too much like a 1970s P*rn film, but I said that’s perfect!”

Lamberson and his co-producers plan to screen Killer Rack at numerous film festivals before seeking distribution. “This would make a perfect midnight movie, but the venues for those are long gone. Film festivals are the best way to reach our target audience in the beginning.” 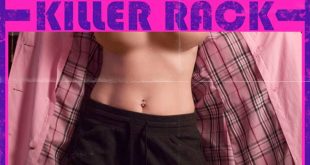 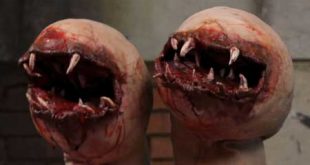 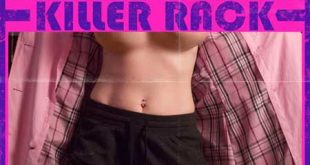 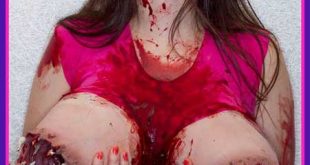