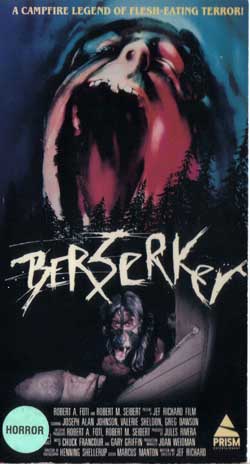 A group of friends go camping out in the woods only to be stalked by some loon running around in a bear skin.

I don’t know about anyone else who watched this movie, but the entire time I was sitting through it I kept thinking about Silent Bob’s Russian cousin from Clerks singing his song called Berserker. I had never even heard of this film before I saw it (which is a bit weird for me since I like to think I am an expert on 80’s slasher flicks) and after watching it recently I can see why. On paper it sounds quite awesome but believe me when I say that it is anything but. I thought that it was boring, corny, and was so dark that I had no idea what was going on for most of the time that I was watching it. It is one of those movies that is so bad that I don’t think that I would have even liked it when I was a kid which is saying a lot considering the fact that growing up I loved pretty much each and every slasher flick that I happened across. I went into it expecting to see a hidden gem that somehow eluded me over the years but I was wrong. 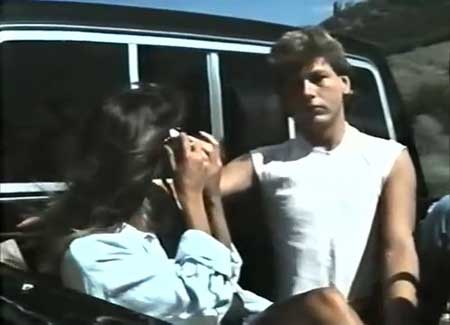 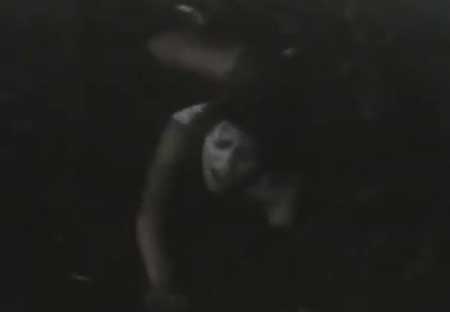 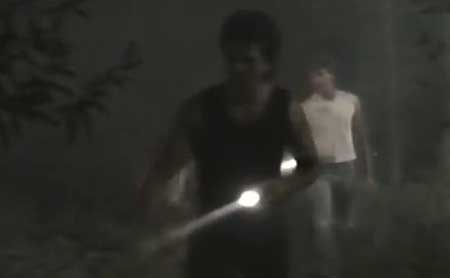 Without a doubt the biggest problem that I had with the movie is the fact that it is probably the darkest film I have every tried to watch (with the exception of Aliens VS Predator: Requiem). I couldn’t see a single thing that was happening during the movie (especially during the scenes where someone was getting attacked) and the overuse of the fog machines during the nighttime scenes certainly didn’t help either. To be honest it was like listening to a radio show as opposed to watching a movie as 95% of the time there was nothing but total darkness on my TV screen. Even the daytime scenes are dark as a dungeon and there was a point where I was starting to think that whoever was running the camera might have left the lens cap on while he or she was filming. I know that it was a low budget film but apparently money was such an issue for the people behind it that they couldn’t afford any sort of lighting whatsoever. It may sound like I’m exaggerating but I’m not. Go watch it for yourself and you’ll see (or not see) what I’m talking about.

I also thought that the movie was confusing as hell too (which may be because I couldn’t see what the hell was going on for over half of it). It is supposed to be about a Berserker running around killing people but for some reason a bear shows up at one point and it is hinted that it is the one mauling everybody. I know that there is a guy in a bear suit in the movie and I think there is a point where he fights the bear (again it was too dark to really tell what was happening) but the end of the movie sort of suggests that the guy was the bear? I don’t know. I really don’t. I had a lot of trouble following things for a number of reasons and after everything was said and done I was left scratching my head in confusion. It didn’t help matters that when someone was killed we just (kind of) saw a bear claw clawing them and ripping them to bits. Was it the bear or the man killing the people off, and if the man really was the bear why the hell was there a scene that showed them fighting each other while one of the other characters (a weenie little guy who is forced to watch because he hurt his leg somehow and can’t run off) lies there screaming “Yeah! Go bear! Go!” over and over again? Was the bear good? Evil? I have no idea and to be honest I don’t think that director and co-writer Jefferson Richard really knew either. 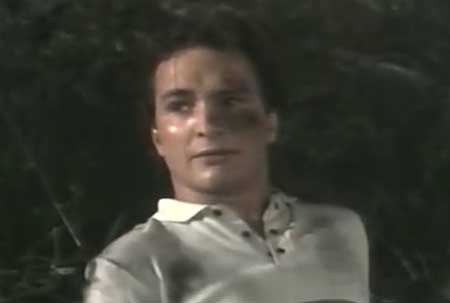 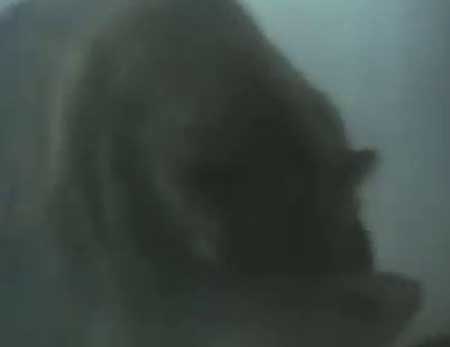 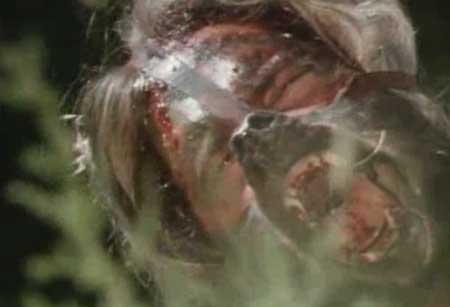 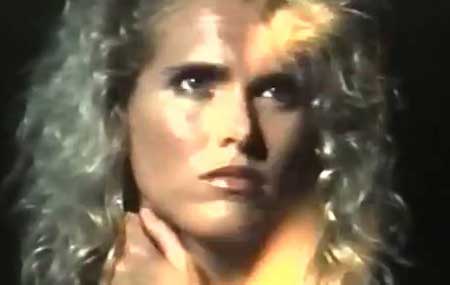 Another downfall of the movie was the acting. I have seen some pretty bad acting in my time but this was some of the worst. The main cast is nothing short of horrible and I don’t think that there was anyone in the group who could act whatsoever. While Greg Dawson (whose only other credit was appearing on The Adventures of Ozzie and Harriet) was quite terrible as the annoying smartass Josh I think that Joseph Alan Johnson took first prize in the piss pour acting category for his portrayal of Mike (the scene where he is crying after his girlfriend dies is classic cheese and must be seen to be believed). Even genre regular George “Buck” Flower –who is usually on his game-was lousy in this movie and he pretty much phoned in his performance while using a goofy Swedish accent. It’s sort of hard to believe that two of the actresses who appeared in the film-Shannon Engemann and Beth Toussaint (who could be Linda Hamilton’s clone) went on to have somewhat of an acting career considering how bad they both are in this movie. 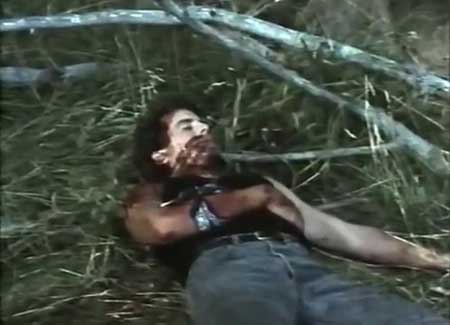 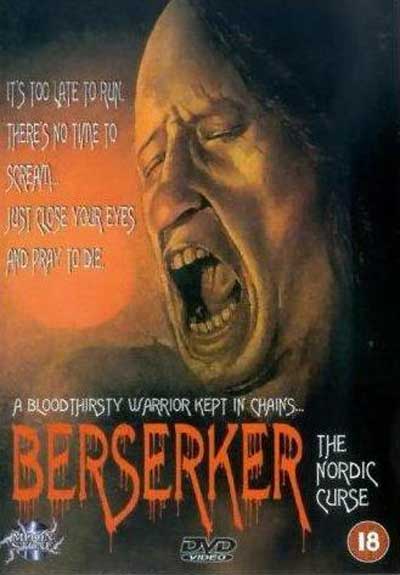 In short I thought that Berserker was pretty lousy which is a shame because it had potential to really rock had it been done correctly. Instead of a fun, kick-ass slasher flick we get a boring, confusing, hokey, mess of a film that we can’t even see most of the time (and don’t even get me started on the crappy surprise that takes place at the end that has no rhyme or reason to it). Take my advice and skip this one unless you are a glutton for punishment.