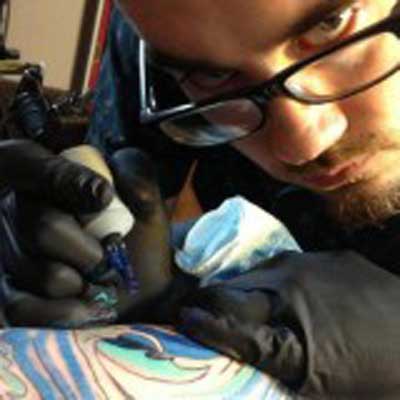 Artist Rob Riegel is the co-founder of The Alternative Gallery located in Allentown, PA. Rob took part in an interview with me for HorrorNews.Net to discuss art, tattoos and oh, the horror!

Janel: First off, tell us a little about yourself and how you got into Art and becoming a Tattoo Artist?

ROB: Art is somewhat of an inherited trait for me. My grandmother was a folk painter, and my father designed and painted dragsters and hot rods for Martin Krohn Racing.

Tattooing was a dream of mine from my early teens. One of those dream careers your school counselor would try to talk you out of. I’d never considered that it might actually happen until one day when I lost my job after the office I worked for closed and moved their operations overseas. A fellow co-worker had landed a job as a desk girl for a master artist, and was able to arrange for me to apprentice under him. From there I decided that there was no going back to the “normal life”. Ever since that time I knew that I would rather starve than neglect my passion for art and tattooing.

Janel: Do you feel that being an artist makes you look at tattoos in a different perspective?

ROB: Absolutely, When people ask about how I developed my tattooing style , my default response is that I’m not a tattoo artist, I’m an artist that tattoos.

Janel: Do you remember the first tattoo you ever did?

ROB: Like it was yesterday. It was a set of praying hands with rosaries on a girls back. In fact I have a picture of it on the cover page of my portfolio. Although my work has progressed quite a bit since that time I keep it there as a reminder that artistic development is not a start to finish race, but a never ending journey. I like to think it also helps to keep me humble, many tattooers build an ego as big as their body of work, and I don’t want to be that guy. 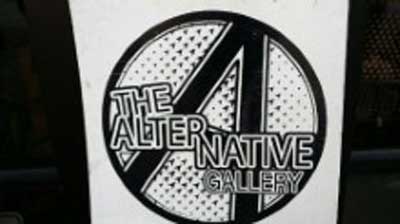 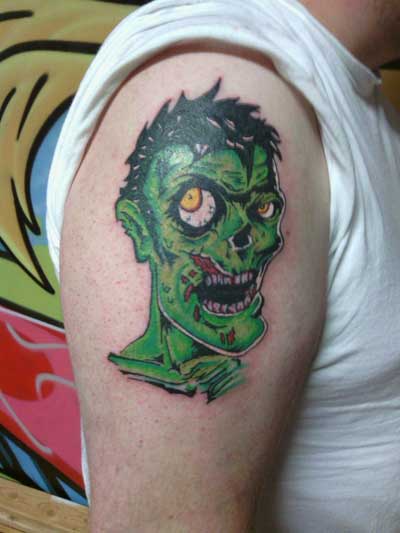 Janel: You have done quite a few Horror Related tattoos? What has been your favorite Horror tattoo to do and why?

ROB: To date, my favorite horror tattoo would have to be my green tone zombie. Although it wasn’t the most intricate piece I’ve ever done, it was a purely original design that began as a sketch in my book. It also helped that I was able to do the piece on a longtime friend of mine, who actually was one the first people in my life to expose me to horror films.

Janel: Has there ever been a time you said no to a tattoo request?

ROB: I turn down tattoo work on a somewhat regular basis actually. This goes back to my previous comment about being an artist that tattoos as opposed to the other way around. I will immediately deny any request for tattoo work that is hateful, gang related, etc. I also feel that every client should have a firm grasp on the fact that tattoos will be with you for the rest of your life. If someone approaches me with an idea that seems to be driven by impulse, I will have them wait at least 2 months before the procedure so that they can be sure it’s something they want to carry with them for the rest of their life.

Janel: What is the craziest request you have received as a tattoo artist?

ROB: Crazy requests are another common occurrence in tattooing. I’ve been approached about tattooing ear lobes, eye lids, arm pits, fingers, toes and everything in between with all sorts of ridiculous images.

If I had to choose one that stood out the most, it would have to be the time I was asked to tattoo 3 simple dots on a girl’s middle finger, and matching triangle on her toe. What made it so crazy wasn’t the tattoo itself, but the manner in which she offered to compensate me for it … I’ll just stop there. 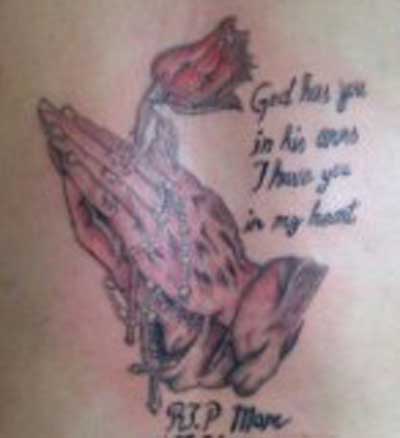 Janel: Who inspires you in the Horror world?

ROB: The easy answer to this question would be H.R Giger. I’ve always been obsessed with his artistic style, and I think we can all agree that the Alien films would not have been the same without his creative genius.

My true inspiration however, does not come from one person. I am most inspired by all the indie film makers out there writing, developing and shooting on a shoestring budget. Not because they want to get rich or famous, but because they are simply driven to do so.

Janel: What are some of your favorite horror films and characters?

ROB: My favorite films in no particular order are: 28 Days Later, The Exorcism of Emily Rose, Texas Chainsaw Massacre (Original Version) High Tension, Blood Sucking Freaks, C.H.U.D , Event Horizon and many more that I can’t think of at the moment but will surely kick myself later for not adding to the list.

Character wise, I have to admit that I was too afraid to watch the Nightmare on Elm St. movies as a kid. In that respect i must give the title of favorite character to Freddy Kruger. It wasn’t until I grew older and was able to actually enjoy the films that the true genius behind Freddy was realized. The fact that the character attacked his victims through their nightmares was absolutely brilliant. You watch the movie, and that night when you go to bed and dream of Freddy hunting you down, he becomes real like no other character in horror film history.

Janel: What has been the most intricate tattoo you have ever done?

ROB: I’m actually in the final stages of working on my most intensive project to date. I’m working on a full sleeve with an “Evil, Possessed Arm” theme. It incorporates a lot of deep shadow and highlight work to give the skin the appearance of it being scratched and cut open, actual pagan talismans, and spells that I had to research to make sure they were accurate and relevant to the client, as well as quite a few hidden faces ripping from the skin. The main visual statement of the sleeve is a portrait of a female zombie who looks as if she has just caught the scent of blood and is about to charge.

The goal was to create a sleeve that when viewed as a whole looks evil, and possessed, but when each element is viewed individually all relate back to the client.

Janel: Do you have any upcoming events and if someone would want to visit you for a tattoo? How can they get an appointment with you?

ROB:  I have a monthly studio exhibit at The Alternative Gallery in Allentown PA. The last Thursday of every month.

For anyone interested in contacting me for tattoo work I can be found on Facebook, or contacted via email at Rob.Riegel@thealternativegallery.com

Janel: Who inspires you in the Tattoo world?

ROB: Some of the artists I admire most right now in the tattoo industry are Roman Abrego for his amazing bio mechanical work, Volko Merschky for changing the tattoo game with his Trash Polka work, and the entire Black Anchor Collective for the way they take fine art and realism and blend it flawlessly into demographic art.

Janel: How do you feel the presence of The Alternative Gallery and The Cigar Factory influences your work overall?

ROB: All artists gather inspiration from any number of sources. Mine is the Alternative Gallery, and our crew of artists and supporters. Without them my work would not exist today, bottom line. Nothing else to say about that.

The Cigar Factory has been essential to my growth as an artist. The facility itself houses so many great people and such an amazing collection of art that it is impossible not be whipped into a creative frenzy the moment you walk through its doors. There is a certain electricity in the air surrounding this building that makes you want to abandon any sense of existence you’ve come to know and rebuild your entire life around the arts.

Simply put, The Alternative Gallery is my family, and the Cigar Factory is our castle, our church, our home.

Janel: The Alternative Gallery has done so much for so many people. What would you say to someone who is hesitant to bring work in?

ROB: We believe in you, and in the beauty your art can bring to the world. The Alternative Gallery and our team of artists welcome you with open arms. Come in and see what we’re doing, and how were changing the perception of art. We would love to share our dream with you. 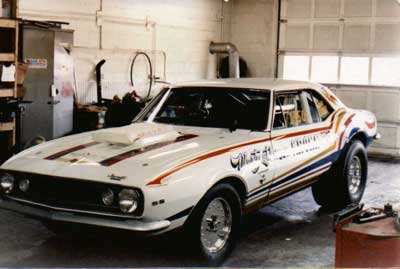 …A final thought for those hesitant about sharing your work with the AG: Sometimes you need to bite your lip, close your eyes and just jump. Don’t worry about the landing, just enjoy the ride.

Janel: If you could tattoo any horror legend? Who would you choose and why?

ROB: I would have to choose George Romero, who I feel is the father of the modern day zombie movement in horror.

The reason I would choose him over any other is the level of interaction that a tattooer and client have during a session is unlike any other. I’d love to get inside his head while tattooing just to try to understand where his vision comes from. Being a diehard zombie fan myself, I’d love to know his perspective on how his early work helped to pave the way for zombie culture to enter into mainstream pop culture the way it has.

Would he be proud that shows like The Walking Dead portray zombies in full gore on TV? How would he feel about the fact that they make zombie toys geared toward young children? Where does he see the zombie movement going in the future?

Thank you as always for your time and we thank you for taking part in an interview for Horrornews.net 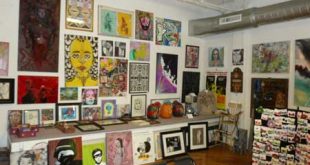