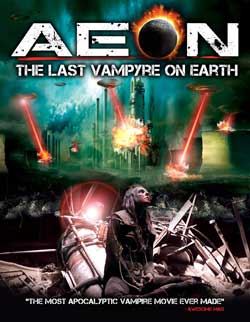 Fleeing a cataclysm of unimaginable origin, Catherine Murnau finds herself trapped in a nightmare while holed up in a crumbling warehouse where a cryptic classified “human predator,” has been accidentally set free. Catherine soon realizes that she is in fact not alone – coming face to face with the last Vampyre who is starving from being imprisoned in a weakened state for decades. Catherine begins to fear that she may have stumbled into her own tomb, but reaches within herself to engage with the creature learning more about human history than the world outside would dare to face, a truth so alarming and illusion shattering that it could only be told by the last Vampyre on Earth.

As a huge fan of the vampire genre, just not the sparkling in the sunlight kind, I was a bit excited when I was asked to review this movie. 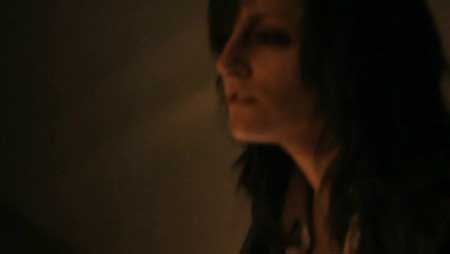 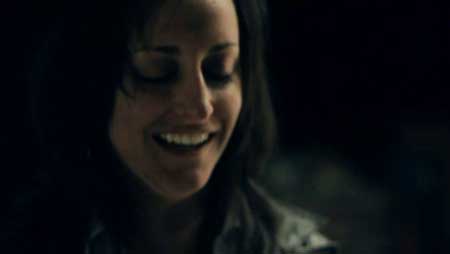 We open to an abandoned warehouse that is crumbling and falling down due to apocalyptic type events happening outside around our main character, a woman named Catherine. Upon exploring her surroundings, Catherine comes across some kind of containment device and very soon she discovers she is not in this alone as she initially expected .. but something is not right with this stranger. The warning light on the containment device begins to flash and we are introduced to the other main character, a male who is clearly very unwell.

Thanks to Catherine and her discovery of some old papers, we soon learn this is not just any old building, but in fact an abandoned lab facility. Catherine soon learns her company is a vampire, described as a predatory species by the paper work found. He begins to tell her that he has been kept prisoner for many decades against his will and has been tortured by human scientists who were still unable to destroy him. Although, he does not have much time left, he is fading due to having not fed during his captivity. 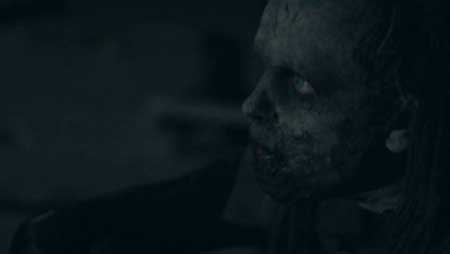 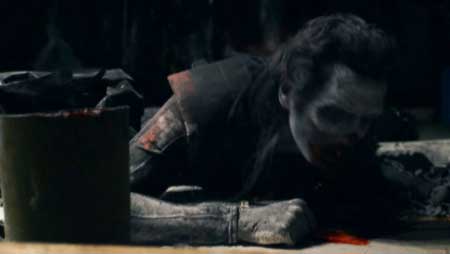 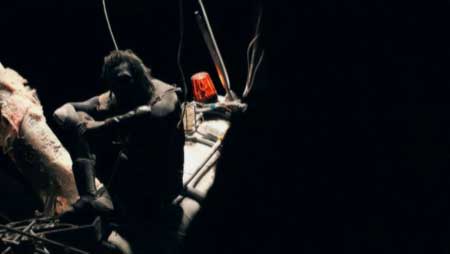 Finally, we have some violence at long last, but it is short lived and the effort and effects that were put into this scene are fairly miserable. Our vampire tries to feed on a corpse, unsuccessfully, but still enough to brighten him up a little. Before you know it, low and behold, vampire man, who is still nameless at this point, is rocking a mullet hair do that even Billy Ray Cyrus might have been envious of once upon a time!

Our two characters begin to have a ‘getting to know you’ style conversation. By this point vampire man (what else do I call him??) is pretty sure Catherine is not getting out or away from him alive, so he begins to toy with her head just a little. Who ever said you shouldn’t play with your food hey?

Vampire man begins to recall the days of old and how things have changed, much in the way grandparents tell their grand kids stories of ‘back when I was a young such and such’.. a sentimental vampire, who would have guessed it?!

Vampire man goes into rejuvenation mode and Catherine attempts to shoot him in order to kill him…everyone knows regular bullets don’t kill vampires .. Come on Catherine, what are you thinking?? The characters begin to engage in the age old debate of religion.. It’s like watching a dog chase it’s tail… around and around the debate goes and still it gets no where.

Our vampire friend continues on with his insights and conversation. Eventually he drops a revelation that I will not go into, I don’t want to spoil the entire story after all! 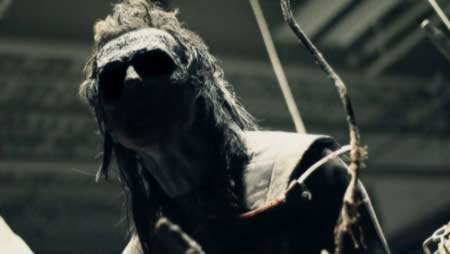 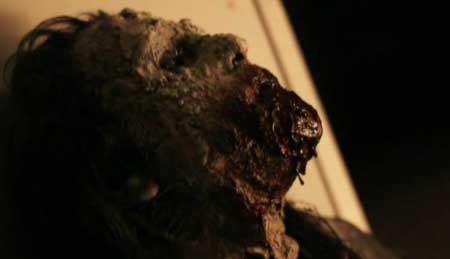 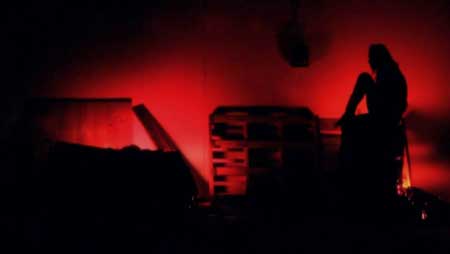 I liked this movie for what it was, but in my opinion the story was much more convincing and deep when you listen to just the audio. The visual counterpart really took away from what should have been and could have been a really mind blowing, ‘what if’ type of story line.

If someone with a bigger, better budget was to have taken on this story line it could have become something really quite fascinating and thought provoking. Oh well, not to dwell on what could have been.

All in all, a pretty darn good solid storyline. Featuring some pretty run of the mill acting but also unfortunately some rather terrible special effects though. I do honestly think with a better visual component this movie would have scored closer to a 7/10, but based on what I saw I am going to give it 4/10, 10 being the best thing since sliced bread.