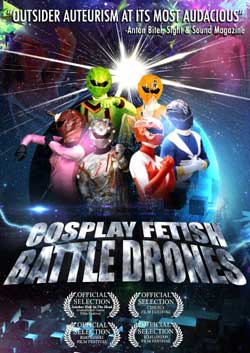 6 young people suffer traumatic experiences which cause a tumor in the collective unconscious. They then draw on this tumor’s energy to become a helmeted, power rangers like action squad known as the Struggled Reagans. In search of their birth tumor, the hindu bird god, Garuda, sends monsters in their path. Join the Reagans In this vibrant and darkly humorous, pop surrealist deconstruction of the Tokusatsu genre.

Where to begin.. The opening looks like a psychedelic, kinky episode of the Power Rangers. It really made me feel like I was grooving back in the 60s and 70s man!

With not much in terms of dialogue to begin with, just this crazy visual display. I was left feeling extremely unsure as to what to exactly expect from this film, taking into consideration the title. 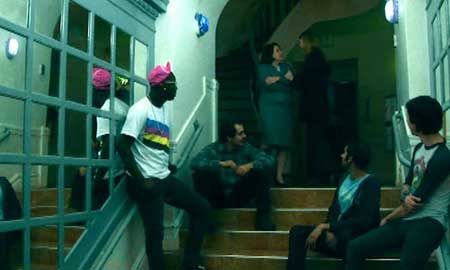 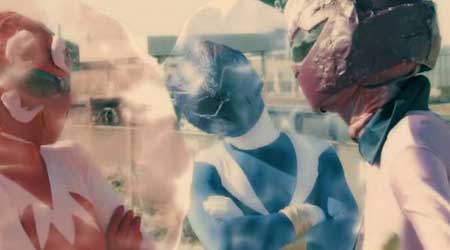 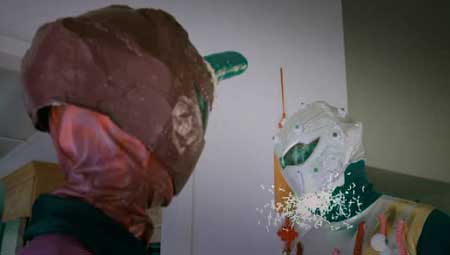 After a few more ‘far out’ scenes, we meet the next character, Billy. Billy and his mate share some pretty disturbing ideas and then proceed to share a poem. I must say, Billy is a very enthusiastic poetry reader and goes absolutely nutty whilst reading his poem. Right about now, things get really weird.. and I mean the licking of figurines kind of weird.

Queue the next character, Tommy. Tommy is in the middle of the bush. He seems just as messed up as Evie and Billy. After a short scene with what looks to be dead grand pa, Tommy is told by a green faced illusion that he has to kill throughout the duration of the day. So off Tommy goes down the walking track to begin his mission. What luck! He stops to find a couple about to get down and dirty. Tommy lets out a mighty scream and just like that, HEY PRESTO! Tommy is 2 down on his daily kill quota. Yeah, it is pretty safe to say, Tommy is more than a little messed up.

I am pretty sure by this point that I have seen it all now. Until that is we meet Antoine. Antoine is introduced dancing around with a disco ball on his ‘disco stick’. I think I know all I need to know about Antoine. Next minute Garuda, a blue bird looking angel thing, eating apricots with a crown comes out of nowhere accompanied by a pregnant screaming woman. Crazy pregnant woman leaves Garuda and aborts little plastic dollies on the side street.. Just when I thought I had seen it all.. 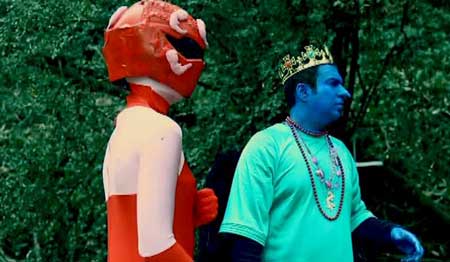 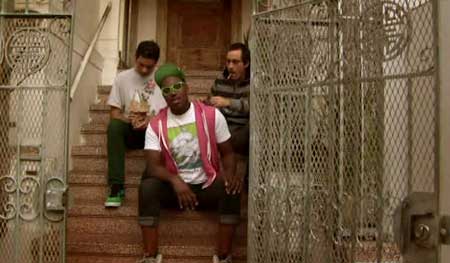 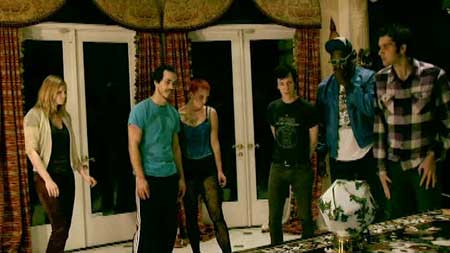 Our next hero in the story is Jason. Jason does not make a good first impression. We open to him having a fap in front of his computer. Then Jason meets Evie, our crazy chick from the start. I think we all know where this is going.. That is, until Evie freezes time and leaves Jason unsatisfied. However, she does trim his pubic hair, how thoughtful of her right?

What happens when Evie, Billy, Tommy, Antoine, Crazy pregnant chick and Jason come together in one room? As it so turns out, things can and do get a lot stranger. Evies’ lamp father gives them all a briefing telling them they collectively have created a tumor. OH NO, NOT A TUMOR!!

They all come together to use the energy of the tumor to become a fighting force that I can only describe as a really warped and messed up version of the Power Rangers, but these guys are not child friendly…you know with dicks mounted to their foreheads and all, among a lot of other crazy stuff! 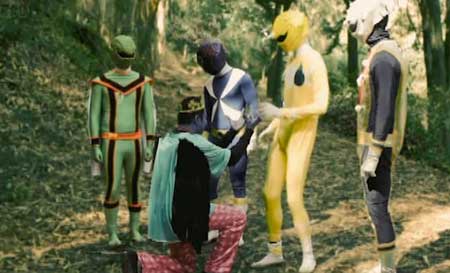 I have to say, I wont lie here, I really did struggle to follow this movie and it really was a mind trip, but not in the good way.. More of a what the hell did I just watch kind of way. This movie is about as whacked out as they come!

Out of 10, 10 being fantastic I would like to give a 0.. But, I will be a little bit generous here and give 1/10 stars, just because I had to have a laugh at the opening. 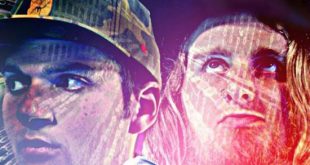