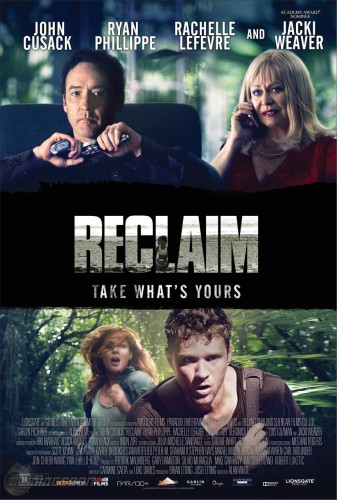 A desperate American couple discovers all is not what it seems when they uncover a high-stakes underground scam while traveling abroad. To expose the truth and get back to the U.S., they must risk their lives to save their daughter.

Over the past year, John Cusack’s career has taken a bizarre turn. Along with doing his big blockbuster dramas, he has begun taking roles in smaller independent films. Later this year he’s starring in a Chinese production with Jackie Chan and Adrian Brody called DRAGON BLADE which to my eyes is just plain weird. He popped up late last year in the DTV film DRIVE HARD with Thomas Jane and now he will be seen opposite Ryan Phillippe in RECLAIM.

Now, I liked the film, it’s a decent picture. My only beef with it was it all felt so very safe story wise. Right from the get go you sort of know where everything is headed and exactly how it will all turn out. I was hoping for a surprise or two but what you get is all laid out very neatly on a table so you can see everything before you buy (so to speak).

Steven (Ryan Phillippe) and Shannon (Rachelle Lefevre) are an American couple desperate to adopt a child since they’re unable to have one of their own. Instead, they travel abroad to adopt this adorable young Haitian girl from a local adoption agency.

The way everything is handled seems a bit shady but they do what they have to so they can call this little angel their daughter. After only a couple of days the unthinkable happens and she disappears. Steven and Shannon search everywhere for the girl but nothing is turning up until they talk with the strange man staying at the same resort as them, Benjamin (John Cusack). When he learns how much they paid to adopt the child he sees his own opportunity open up to make some serious bank. The young couple are put through the ringer trying to uncover the truth and they’ll never give up until they can take the girl safely home. 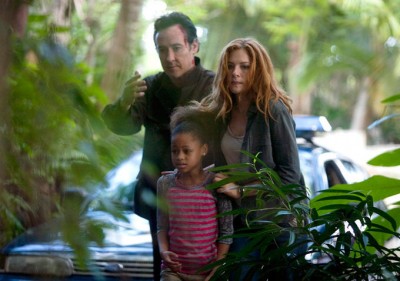 Director Alan White has had moderate success delivering independent thrillers like BROKEN and RISK. With RECLAIM, he nabs a stellar cast though he forgot to bring a clever script along for the ride. The premise and flawed characters are there it’s just that nothing really meshes well or does anything to surprise the audience. I’m not one who has trouble suspending disbelief but dang, these people make some idiotic decisions. It gets difficult to root for people who do so many dumb things.

Their actions didn’t always make sense. This might be a minor spoiler so I’ll flash this before I go any further, *Spoiler Warning*: When one of the characters escapes the clutches of the villain his first instinct is to catch a cab and have it take him to the their lair. Instead of trying to sneak in like a normal person, this guy pulls up in a cab. He should have just walked up the driveway honking a foghorn to announce his return. 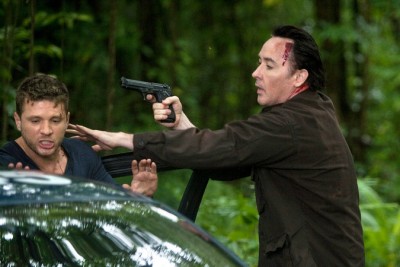 My first thought was Cusack was just going to phone in his performance so he could collect a paycheck but he’s actually really damn good in the film. He’s a nasty character and he does it well. I do think there were some missed opportunities by having the brilliant Luis Guzman in a throwaway role. There’s some beautiful cinematography and many of the Puerto Rican locations are breathtaking. 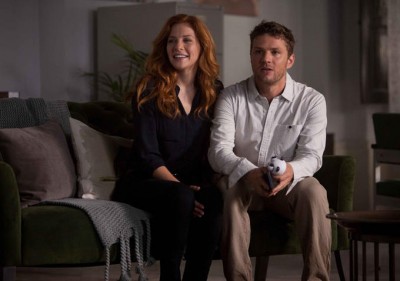 I did sort of enjoy RECLAIM despite its many faults. The story could be ripped from the headlines but even in real life I highly doubt any of these soon-to-be parents made any ridiculous decisions like the characters in this film did. I know it’s just a movie but a little logic does go a long way. Maybe if there had been a few more passes at the script it could have saved itself. Instead we get to see some pretty scenery, a scene chewing Cusack, and people making the most ridiculous decisions possible. On the plus side, the movie is never boring and everyone gives it their all. **1/2 (out of 5)