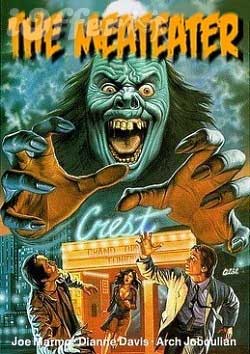 Mitford Webster is living an unfulfilling life as a traveling shoe salesman, when he receives news that he has successfully purchased a run down movie theater named The Crest in another town. Ecstatic about his new purchase, Mitford uproots his family so that he can re-open The Crest. His dream is quickly shattered when it is discovered that there is a psychopathic man living inside of the theater.

“Meateater” is not what I expected it to be at all. After seeing the title of this film, I assumed that it would be about cannibalism. But after watching it, I can only guess that it was titled “Meateater,” because of the emphasis placed on carnivorous eating habits. In one of the first scenes the antagonist of the film eats a rat. There are many awkward conversations focusing on meat, such as a conversation about Jimmy Dean sausage and the many nutrients that can be found in a movie theater hot dog. Even the film that moviegoers watch focuses on animals eating other animals. Many scenes open with visuals of meat, like steak being cut or hot dogs on a grill. The obsession with meat in this film, is odd and isn’t effective in any way. It just left me confused. 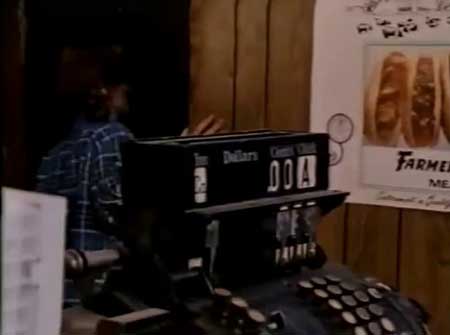 “Meateater” seemed to drag on and on. The movie is about an hour and a half, but it felt as if it was twice that long because of how boring it was. The only time I found myself truly interested was when there was something going on that I did not understand. Most of the scenes throughout “Meateater” consisted of awkward conversations; this made the already un-relatable characters even harder to connect with, along with making the movie hard to watch. If cringe-worthy dialogue wasn’t going on, boring clips from the movie that was playing within the movie were probably showing. They showed a massive amount of clips from “Grizzly Safari,” the movie that was playing at The Crest. “Grizzly Safari” is a documentary about animals that almost put me to sleep.

The protagonist, Mitford Webster (played by Peter Spitzer,) is unlikable and bizarre. Actually the entire Webster family is pretty unpleasant, due to the writing of “Meateater.” The dialogue makes them either sound extremely weird or whiney. 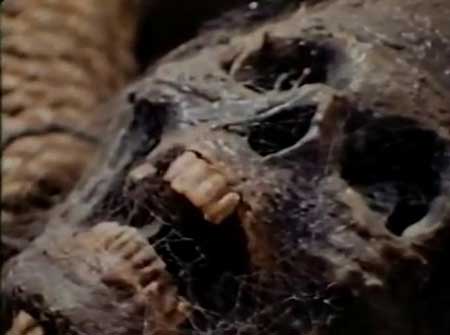 Arch Joboulian plays the murderous old man that lives inside of the theater. It’s hard to actually find him intimidating because not only is he out of his mind and unintelligent, he appears to be weak. I find it hard to believe that none of his victims were able to outsmart or outfight him.

The crazy old man in the theater kidnaps Jeannie, the Webster’s oldest daughter, when he has somehow mistaken her for his favorite actress. He forces Jeannie to watch clips from his favorite movie, and still can’t manage to realize that she is not his beloved movie star. Jan Webster must return to The Crest and save her daughter from the man, in a very non-climactic chase scene where the he nonchalantly walks after them with a confused look on his face. 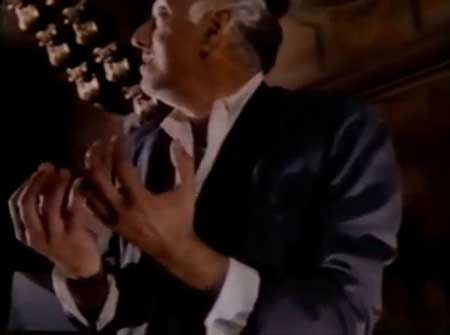 The editing and camera work throughout the movie just made it even more dull and puzzling. There were a lot of close ups that were unnecessary. It would zoom in on mouths when they weren’t even speaking. It would show insanely close shots of the mother, Jan, when she was supposed to be distressed, but she had no expression on her face whatsoever. It made Jan appear more frightening than the actual villain of the movie. There were a ton of shots that didn’t show crucial parts of the scene, so it left me unsure of what was actually happening. 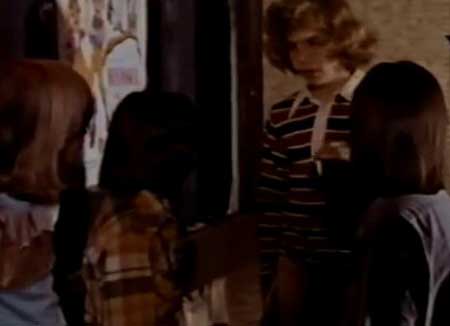 The effects of “Meateater” are almost laughable at some parts. A character falls to their death from the roof of The Crest and when they hit the ground, they just turn into goo. It looked extremely fake. The end was very anti-climatic and confusing. I still don’t really understand what happened and I wasn’t interested in the movie enough to find out. I think there was supposed to be a twist, but they didn’t put any emphasis on it, or explain it in the least bit, so it wasn’t shocking like it was supposed to be. 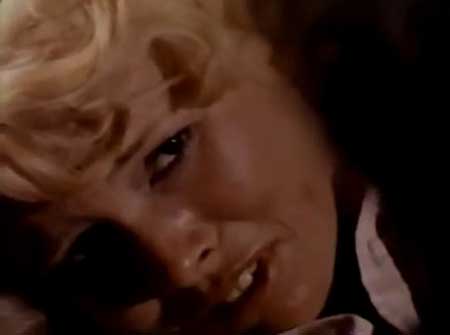 “Meateater” was just boring and odd. I had a very hard time paying attention to it because of how poorly written it is. It was all over the place and hard to follow. There is zero chance that it would actually scare anyone and it isn’t the type of bad that’s so bad that it’s good. “Meateater” is definitely one that I wouldn’t take the time to watch again.