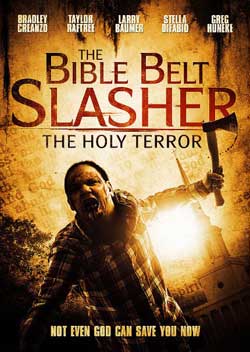 Jason Fry, the homicidal Bible-quoting psycho is back after escaping from a mental institution and this time he’s targeting the friends and family members of the people he slaughtered in the original short film. Can Dr. Landers stop him once and for all before it’s too late or is he destined to become just another one of his victims?

Since I am such a big fan of slasher flicks I was pretty eager to see The Bible Belt Slasher 2: Holy Terror as I thought that is sounded like it had potential (it helped that it was set in the 1980’s). I genuinely enjoyed the original short film and even though it had its flaws I still thought that it was pretty good and worked as a love letter to the slasher genre overall. I was a little surprised that there was a full-length follow up to it and even though it isn’t without its issues I still liked it for what it was. I thought that it was a fun little slasher flick (even though it was a little hokey at times) and think that a lot of hardcore slasher fans like myself will agree if they give it a chance. 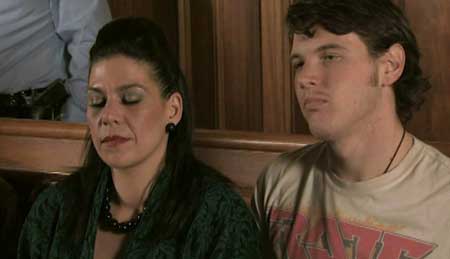 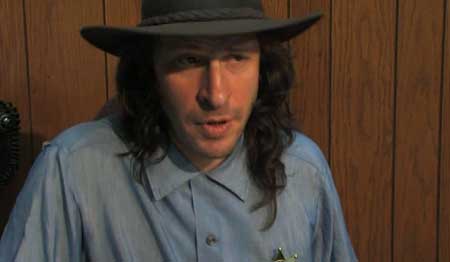 In a lot of ways it reminded me of a Speed Freak Productions film (which is a big compliment as I am a huge fan of their work). It had the same type of humor and production values and the characters were very similar to some of the ones that have appeared in such films as Midnight Skater and Demon Summer. Like the Speed Freak films this movie didn’t take itself too seriously and I am glad as I don’t think that it would have been nearly as good had it been played in a different tone. Normally I absolutely despise comedic elements in my horror films but The Bible Belt Slasher 2: The Holy Terror! is an exception. Yes, it does contain some humor but it works because it doesn’t try too hard to be funny or go over the top with it like other horror/comedies I’ve seen in the past have done. Don’t get me wrong, some of the comedy falls flat on its face at times but more often than not it works for the most part. 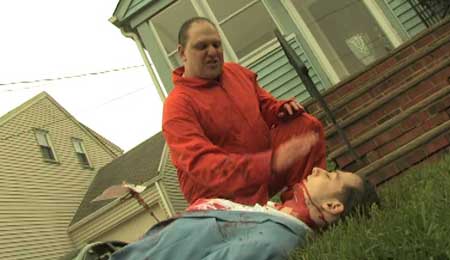 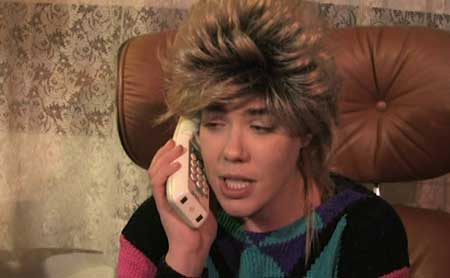 I also have to say that I approve of the amount of people who die in this movie as well. Jason doesn’t mess around when it comes to taking people out and I had a blast watching him go to work. He does some pretty creative things during the course of the movie and as a result we get some fun death scenes that kept me happy. Just to name a few we get to see someone get stabbed with a candy cane, a drowning via fish tank, a cool slit throat, and even a head turned around backward at one point. The gore looks pretty decent too considering that the film is obviously low budget and I couldn’t help but be impressed by how well the filmmakers pulled it off without having a lot of money to spend on it. If you like your movies with some awesome death scenes that involve just the right amount of gore then you need to check out this movie as you won’t be let down.

On the downside the acting is pretty bad. Most of the people in the film are horrible actors and there are moments that the acting is so bad it is cringe worthy. Co-writer and director Bradley Creanzo is pretty bad in the role of Dr. Landers (who is obviously a nod to Dr. Sam Loomis from the Halloween films down to the outfit and everything) and it is more than a little obvious that he isn’t exactly comfortable appearing in front of the camera. 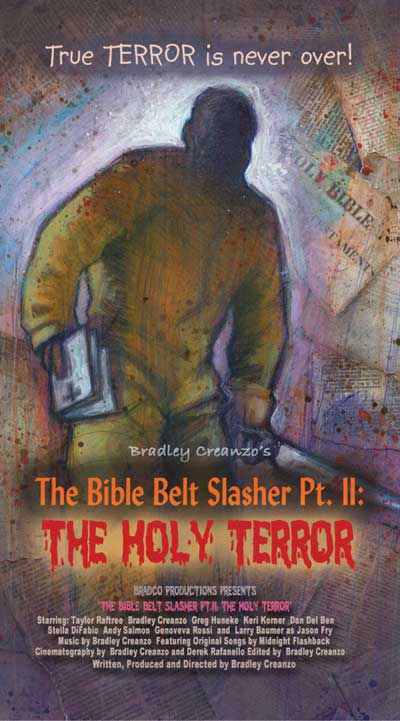 The same could be said for Taylor Raftree as it appears that she is pretty much just reading her lines from the script in most of her scenes (but on the bright side she is nice to look at). While Larry Baumer is decent as the killer his Freddy-like one liners get old pretty fast and the biggest majority of them are just plain bad. Still, he does a good job of playing a psychotic killer at times and you can tell that he had a lot of fun playing the role (is it just me though or does he remind anyone else of the late comedian Sam Kinison? I thought that he favored him a lot and there are times when he sounds just like him). I expected the acting to be bad since I am sure none of the people involved are professional actors, but I was hoping that it would be just a little bit better. 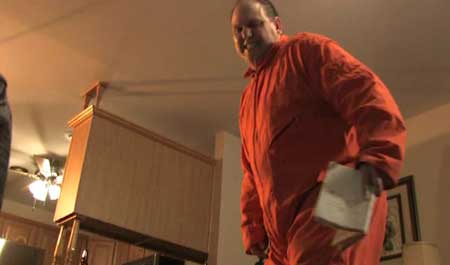 I liked The Bible Belt Slasher 2: The Holy Terror! in a lot of ways regardless of its shortcomings. I enjoyed the story (which was without a doubt heavily influenced by Halloween) and thought that it was a nice throwback to the classic slasher flicks from the 80’s that I hold so near and dear to my heart. It isn’t a perfect film but it isn’t that bad at the same time. There is a lot to like about it if you are a fan of slasher movies (and even if you aren’t) and I think that many people will dig it if they give it a shot. Check it out when you can, just don’t take it too seriously or you will be let down.