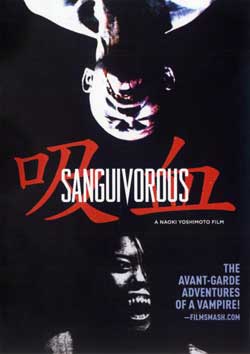 A young woman suffering from mysterious physical ailments is horrified to discover that she’s descended from generations of vampires. When she’s with her boyfriend, she struggles to control her peculiar appetite. But it’s in her blood. SANGUIVORIOUS is written and directed by Japanese filmmaker Naoki Yoshimoto and features the renowned avant-garde butoh dancer Ko Murobushi

Sanguivorous, also known as Kyuketsu in Japan, is an hour long 2011 independent horror film following the events of a woman transforming into a vampire after discovering her blood is cursed.

The film starts with a short scene of the female lead struggling with medication and her own unknown ailment, followed by a transition into a shop where a male character is reading from a book detailing the arrival and revival of a vampire on the shores of Japan. The story tells of a woman who was used to revive the vampire but she also became part vampire and her blood and the blood of her children will be passed down until one day all with the blood will attack humans. 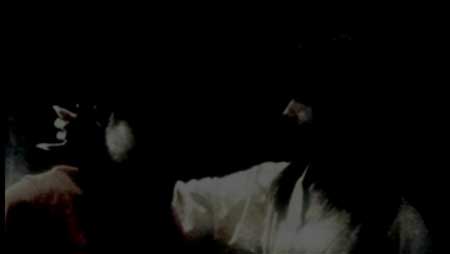 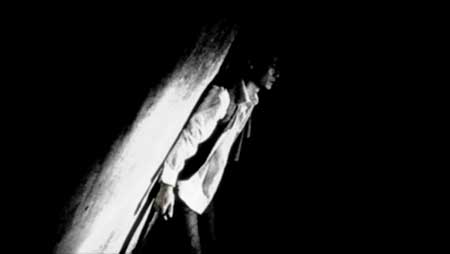 The narration here is not particularly dry as it is short but the scenes cut in-between it use an extremely fuzzy filter and strange effects to create a dream sequence transformation for the female lead as she listens to the tale. The effects either do little to impress or can induce a mild headache with the sound coupled alongside them.

The male snaps her out of the dream and she explains away the situation with a mention of doctors saying that her condition is a “mild case.” The scene fades out to the female walking in the day as if jaded and in pain and then cuts to her in the park with the male where he shows her talismanic symbols painted across his body. She comments on him being possessed but he quickly responds with his physical desire for her. The female uses a throw-away line to defend her purity but then begins to get aroused regardless.

Then the film returns to the strange, colorless filter and throbbing sounds that now depict a pale, hairless man dancing and writhing in the shadows. This scares the female and she quickly runs from the male in fear. During this he finds the symbols on his skin cut through by her fingernails from when they were embraced.

The woman, now clearly lost to whatever madness her condition has induced, travels the forest nearby in scenes using the same filter from before until she comes upon a home in which the pale, hairless man from her vision before is kneeling in front of here. While these filtered scenes are clearly meant to set the mood and give a strange and unknown atmosphere to the film it only ever comes across as an old art film with no real context beyond quiet suffering from something she doesn’t understand. 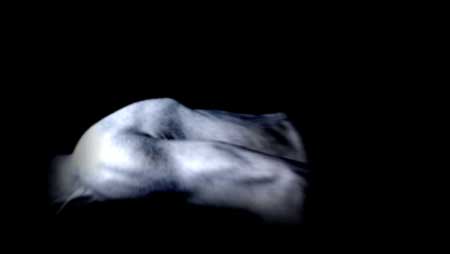 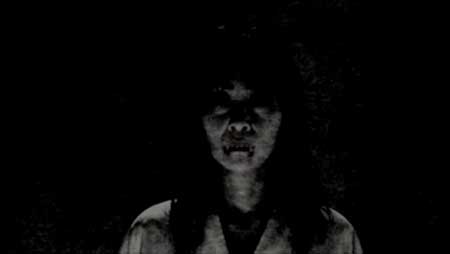 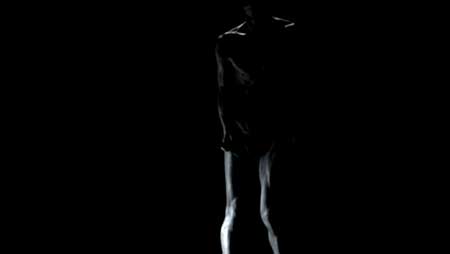 The pale man and the female now wander the house in some aimless fashion while the shots of the filtered scenes seem to pad out the minutes of the film in bursts, adding jump cuts and fades between the woman’s growing arousal and the various characters and elements of the film that include the male, blood, what appears to be the woman from the story at the start of the film and a ghostly vampire hand floating above the female.

When aware of herself again the woman finds herself in a room with a mirror. First she examines her face to look at what must be some injury from the pale man but due to the condition of the mirror and the filter for the scene it is impossible to tell. She then discovers a Kimono matching the one the woman in her visions was wearing and puts it on.

Scenes cut back and forth again between the clawed hand and the male searching in the woods while strange and indefinable effects fly across the screen until the male appears in a dimly lit room tied to a chair. There, he and a woman with sharp nails meet. The woman does some strange trick with fire and a candle to mock the man until she reveals the female is with her. The woman says for the female to, “Arise, for you are the head of our coven.” The woman comes behind the male and slashes his throat, followed by the female drinking from it.

Still alive, the male is now stuck in some permanent feeding situation with the female as they expound that the third vampire of the line to feed will be bound to that person forever. The man asks for her to drink again so he too can become a vampire, then the film cuts to the pale man and the woman, talking briefly on the blood that they prefer. 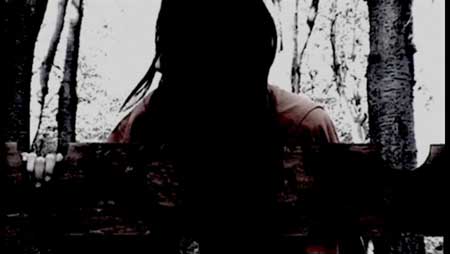 Then, without warrant, the film cuts back to the city in which the female is running home in a panic, covered in blood and confused by everything she experienced, as this is clearly connected to the first scene in the film. She questions her humanity while scenes of her screaming in a monstrous voice cut the monologue where she acknowledges her vampire nature.

The film returns to her standing in shadow with the pale man in which the two share an embrace not clearly seen as anything other than such, which may lead to interpretation of a warm hug or a cold feeding from one to the other. Following this the male seems to have escaped his bonds and is now groping and pounding at the walls in the darkness, possibly out of frustration or desperation.

After the male gives up on escape, the woman enters the room and begins to feed from him aggressively until the female walks in on the two of them. The female begins to become feral while the pale man grasps at the woman’s face and puts her to sleep, then moves to the female and does the same. 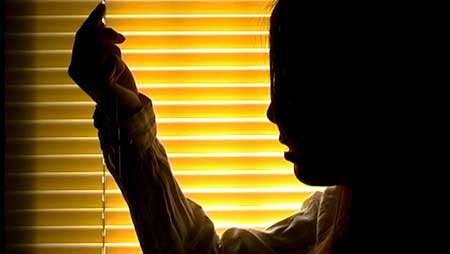 Now alone, the male faces the pale man and the male runs as far as he can until keys appear before him and he escapes into the night. Unfortunately for the male, jump cuts allow the pale man to catch up with him and force him onto a guillotine. The male screams for his life, claiming to be a vampire as well but he is shortly decapitated.

The female awakens first, discovering some strange barrier as she gropes around the walls in the dark. The barrier turns red and glows at her touch until the scene shows the pale man naked in a pool of blood himself. A pouring of blood comes from above as he stands and then it reverses itself, taking all of the blood with it. Convulsing, the pale man appears to be suffering from something unknown though it may be that he drank the blood of the male who had at that point been turned into a vampire.

The whole of this last scene is long and almost completely nonsensical, if not pointless. Watching the pale man suffer a seizure cut briefly with images of a city skyline and the female looking in on him as it happens explains and adds nothing. The scene ends with the pale man screaming and lying back down so he can lick the blood from the floor below him until he transforms and becomes more monstrous than before.

The climax begins when he grasps the female and threatens her. She knows that he cannot drink her blood after watching him writhing in pain from feeding on the male, so the two talk about their situation as monsters and she commands the pale man to leave, which results him in biting his own arm and then exploding in a effect of red and white light. The woman in the other room bursts into fire at his demise and the whole of the house goes up in flames. 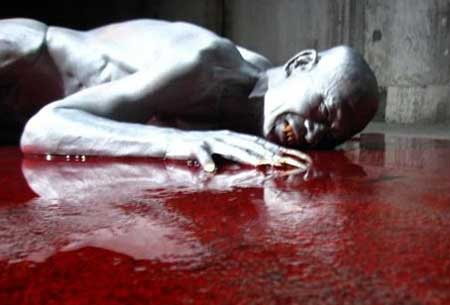 SPOILER:
The film ends with the female walking around in the forest until she finds the guillotine where the male died. She places her head down on the block and ends her own life with her spirit walking back into the forest.

W hat little plot seems to exist here of the vampire blood being passed down from person to person, including the female lead, seems to be simple vampire horror. Conflict in characters is bare-boned and as they have little no character at all this becomes pointless to the story. The film does little to add a sense of dread or strangeness in the viewer except through purely artificial means via the filter and sound effects.

What intent that can be found here from watching is that the creators tried to mimic the strange and picturesque nature of the old black and white films and while this could have brought a surreal edge to the film, it merely draws scenes out and leaves no lasting impact on the viewer save moments of frustration or confusion as details a visual components necessary to the film are lost. Dialogue is little but so is expression of context, so what the film could do as being silent is ignored for the failure of focus on the atmosphere.

With no real rating on Rotten Tomatoes and little to votes on IMDB giving the film a 4.5 the film has clearly had no audience to speak of online. This film goes without recommendation.