2014 hasn’t exactly been a banner year for horror films. As a matter of fact, I can safely say that it’s been one of the worst years for theatrical horror that I can remember. To compile a list of the worst films of the year was actually kind of hard since there were (In my opinion), so many films to choose from. But rather than pick on the low hanging fruit (AKA: Low budget films/Indies), the lion’s share of the films on my list this year were major releases. The films I’m about to crap on are listed in no particular order – some are indeed worse than others but they’re all pretty much awful in my eyes. 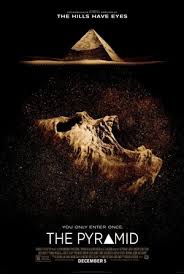 10/ The Pyramid (Written by Daniel Meersand & Nick Simon. Directed by Gregory Levasseur). First up on the list is the last theatrically released horror film of 2014. Although the film makers never thought of it, they could’ve called this As Above, So Below 2: Egypt, because just like that uninspired piece of cinematic sludge, this film features a group of people who are purportedly smart – but make the stupidest decisions possible. I understand it’s just a movie, we’re not supposed to believe that people always make the right decisions (We don’t), but the decisions made in this movie are made by characters that are so stupid, that I just wanted to see them all die within the first 30 minutes. Having to watch them slowly spiral into a morass of inanity over 90 minutes was a torture that I could barely stand. Dumb as a hammer plotting, terribly dark visuals, awful CGI (But decent acting…go figure), made this a really craptacular way to end the year. 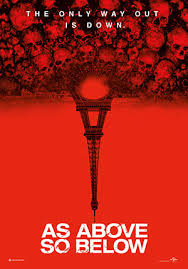 9/ As Above, So Below (Written by Drew & John Eric Dowdle. Directed by John Erick Dowdle). And since I just mentioned it a few sentences ago, I might as well just get it out of the way then. Another pseudo found footage film featuring a gaggle of smart people doing really stupid things. It’s dark, dumb and dull, but once again – well acted (How films like this get good actors in them is beyond me). I can literally say the same things about this one that I said about the previous entry, they’re practically the same film in different locales. Somehow, this one got some decent reviews, but I’m pretty sure that those were written by members of the crew that worked on this ridiculously overwrought film. 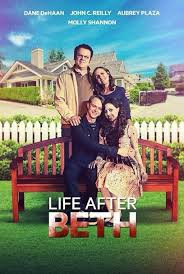 8/ Life After Beth (Written/Directed by Jeff Baena). Beth (Aubrey Plaza) unexpectedly dies. Beth unexpectedly comes back. Hilarity ensues – or not. One of the more tragic wastes of a great cast in recent memory, this film should’ve been so much better. How can you lose with a cast that features not only Plaza, but Dane DeHaan, John C. Reilly, Molly Shannon, Cheryl Hines, Paul Reiser AND Anna Kendrick? Writer/Director Baena deserves some kind of award for doing just that. It’s unfunny, scare free and about as sharp as a marble. As a matter of fact, forget about giving Baena an award – he should be in prison for squandering such a terrific group of actors in tripe like this. 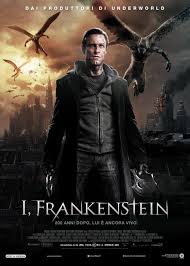 7/ I, Frankenstein (Written/Directed by Stuart Beattie). Where do I start? A ridiculous plot (Based on a story by Kevin Grievoux), that features the Frankenstein monster (with a really nice haircut) using various fighting styles against a army of demons who just gotta have his secrets (For some really stupid reasons). Luckily for the monster (Hereafter known as Adam), he’s assisted by a race of gargoyles(!) in his quest to stop the demons from doing whatever it is they wanna do. And it all takes place in a unnamed European city where no one notices either the demons, gargoyles or Adam tussling in the streets and jumping onto them from the top of really tall buildings all night long. This might be because the only places we see any regular people are in a club and in a subway, never on the streets. An infinitely stupid film that was supposed to be the first in a series of adventures featuring Adam, it (thankfully) flopped at the box office. This movie pretty much killed Aaron Eckhart’s career. 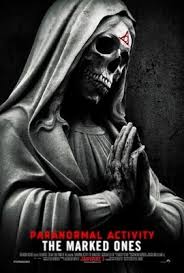 Christopher Landon: PA4 didn’t do too well, did it? We need to bring something new to the franchise if we wanna keep stealing money from the studio to make these movies. But what?

An insult to my sensibilities as a Hispanic. And an insult to anyone who paid money to see this expecting a decent movie. 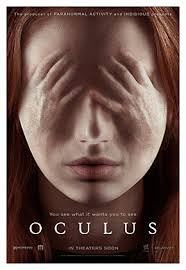 5/ Oculus (Written by Mike Flanagan & Jeff Howard. Directed by Mike Flanagan). I prefer calling it WTF-ulus myself. Flanagan made a bit of a name for himself with his previous film, Absentia (2011), but this one just lay there like road kill for me. Everything about it is familiar and nothing about it is scary. Looks great for sure, but it left me in a state of unconsciousness. Karen Gillan has a great ponytail though… 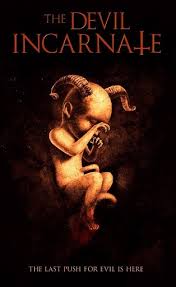 4/ The Devil Incarnate (Written by L. Gustavo Cooper & Jon Bosworth. Directed by L. Gustavo Cooper). Another god awful found footage film with a pretty good poster image to fool suckers (Like me), into thinking it might be a decent movie. A complete exercise in tedium that neither thrills, chills or frightens. Why do films like these continue to be made and why do people pay to see them? There’s gotta be a reason, could it be..The Devil Incarnate himself?

And speaking of the big red guy…. 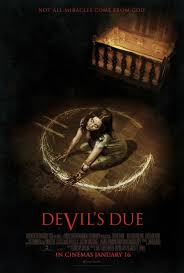 3/ Devil’s Due (Written by Lindsay Devlin. Directed by Matt Bettinelli-Olpin & Tyler Gillett). It was released way back in January, the month during which studios release the crap that’s been sitting on a shelf for god knows how long, hoping they can make a quick buck. But regardless of that, I went into this with a modicum of hope that it might not be as bad as expected. Mainly because it was directed by the men who make up Radio Silence, who directed one of the better segments of V/H/S/ (2012). Sadly my hope was just a memory after about 10 minutes of this stupefying mess of a movie that once again, features the devil and a pregnant woman. I’ve seen scarier, more emotionally involving episodes of Regular Show. 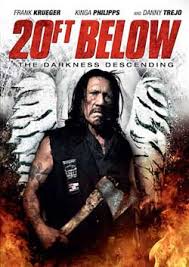 2/ 20 ft. Below: The Darkness Descending (Written by Frank Krueger. Directed by Mark Klebanoff). And any list of the worst films of the year wouldn’t be complete without an appearance from Danny Trejo. Mind you, I’m a big fan of the man – his personal story is truly inspiring and when he puts his mind to it – he’s no slouch in the acting department either. But starting late last year and bleeding into this one came a glut of DTV releases with his name/face plastered all over their covers. Suckers…I mean customers, were duped into either renting or buying these films based on his name alone. And when they got home, they found that Mr. Trejo appeared in the film for maybe 15 minutes – total. The rest of whatever movie they were watching was tripe, just like this one is. Featuring the cleanest, most well dressed homeless people who’ve ever lived in a subway tunnel, this is just another in a long line of films that duped people into thinking that there just might be something good inside of its 80-90 minute running time. Trejo has made so many of these quickies that sometimes I think he’s shooting to make as many movies as the late, great John Carradine made during his long career. If they’re going to be anything like this one, let’s hope he fails. 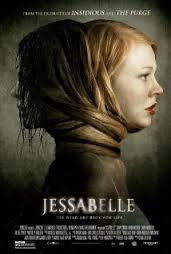 1/ Jessabelle (Written by Robert Ben Garant. Directed by Kevin Greutert). Sheer tedium with absolutely no scares to be found in it whatsoever. Jessabelle would be moderately successful if it was presented as a backwoods drama, but it’s supposed to be a horror film – and in that regard it fails completely. Good direction and good performances mean diddly squat when you think you’re making a horror film but end up with a film that’s horrible for all the wrong reasons. I’d heard good things about it all year long, but it was suddenly pulled from its scheduled August release and unceremoniously dropped onto VOD outlets in November with little to no publicity. I wonder why that happened…?

To the foolish few of you who would dare to disagree with some of my choices, it’s my list – not yours. I make the big bucks because I sit and watch this junk so you don’t have to. I’d sincerely love to hear back from you guys with your choices of worst films of the year also, and if you’re so inclined – get back to me with your lists. There are quite a few others I could mention (Hunting The Legend, Septic Man – I’m looking at you). But I think the ten films listed above are terrible enough for any “Worst Of” list. I can only hope and pray that 2015 brings us a few less crapfests, but like I said earlier, my hope is just a memory at this point.

And from my decaying, decrepit family to yours…
Crappy Holidays Everyone!