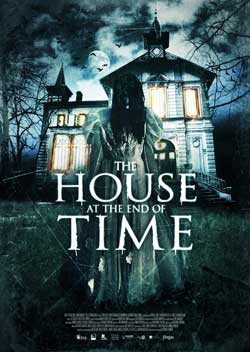 Dulce is a mother who has encounters with apparitions in her old house, where it unleashes a terrible prophecy. Thirty years later, turned into an old woman, she returns home to unravel the mystery and tragedy that has tantalized her

The House at the End of Time is a marvellous film that puts a fresh twist on the somewhat tired haunting genre (thanks Blumhouse Productions, not). Part horror, drama, thriller with a splash of Sci-Fi for good measure, newbie writer/director Alejandro Hidalgo has created a thoroughly entertaining little film. 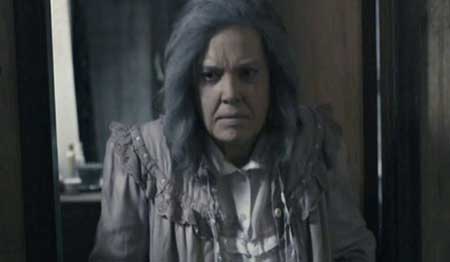 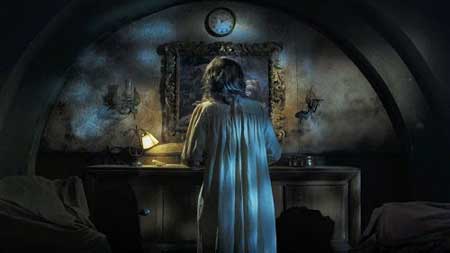 Dulce, played excellently by Ruddy Rodriguez, comes to on the floor of her home, her face has a gash and broken mirror pieces scattered around her. She picks up the pointiest shard and ventures to the basement, where she finds her husband dead on the floor. Her son, Leopoldo, played very well by young Rosmel Bustamante, stands nearby, but when Dulce cajoles him to come to her, something yanks him back into the dark, never to be seen again. Dulce, with her fingerprints seemingly on the murder weapon used to kill her husband, is arrested for his murder and that of her missing son.

Thirty years later, and Dulce is an old women. Cynical about life and religion, she is placed under house arrest and is taken back to the house to spend the rest of her days there.

All the above happens within the first ten minutes. Nothing is wasted and hooks you right into the film. Fantastic writing. Ok, enough gushing, let me get back to my mini synopsis…

A priest visits Dulce and gently persuades her to recount the events of that horrific night. Past and present collide when the answers are revealed in one hell of a haunting and twist-tastic ride.

That’s probably as much as I want to give away. The twists in the film are too good to spoil. Please, do yourself a favour and do not read anything, other than this review, about the film if you intend to watch it. 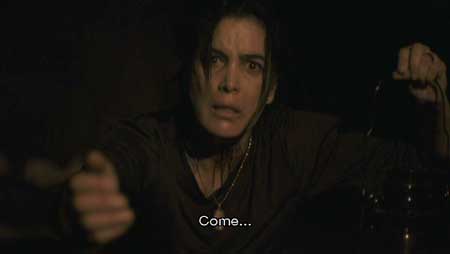 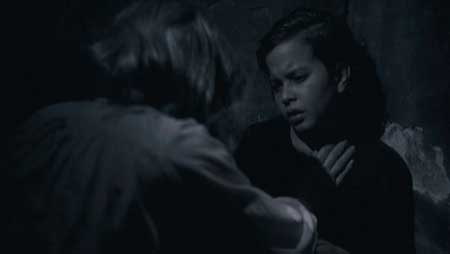 The story was expertly written. It didn’t suffer from the typical sloooooowwwwwness haunting films usually torture you with, something I loathe in this sub-genre, yet it wasn’t overly fast paced, letting you connect to, believe and engross yourself with all the characters. You felt their dismay, their horror, and their happiness, all without it being forced down your throat, or drawn out painfully.

Rarely any scene was stagnant, there to draw out the playing time like a typical haunting film. Scenes didn’t linger and only played out as long as they had to. A professionally written script that was very lean. The fact that the writer got to also direct the film, you just know that the scenes would have been created with Alejandro’s original vision in mind. That, to me, makes the film infinitely more enjoyable.

Cinematography was solid. Nothing over the top in terms of angles or shots, but it was serviceable to the script. It felt reminiscent of older style horror movies to me. The atmosphere created really engrossed you. One scene had Dulce visit a psychic (a bit cliché, I know), and during the “reading” the screen is blacked out to mimic Dulce’s closed eyes. All we had to rely on were sounds. It was fantastic to sit through. My only gripe was that it was too short. It deserved more time! 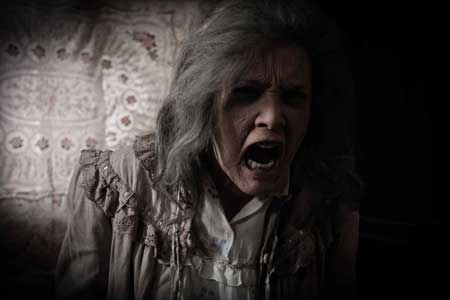 Acting was fantastic all round. Even the child actors put through extremely solid performances. It amazes me young kids can pull off such convincing acts requiring a number of emotional ranges/changes, yet adult actors of some of the films I had to review couldn’t elicit half the emotion these little buggers could conjure.

I want to go into the script so much more, but I really want to avoid spoiling it for any potential viewers. Please, do yourself a favour and watch it. If you’re a fan of haunting films, and fantastic time related offerings like Time Crimes, you would be remiss to not give this film a go. The House at the End of Time is a great effort by a first timer. I can’t wait to see what Alejandro has in store for us. I’m also dreading the inevitable US remake…

4 out of 5 broken mirrors