A news crew is taken hostage on an airplane set to take off from the Seychelles.

Default is a film played out as a collaboration of recordings from a crew of five journalists, four Somali pirates and the news coverage surrounding the events of those pirates hijacking the crew’s flight home from the Seychelles.

Between the slow piecing together of events from different cameras and the unraveling motives of the pirates on the plane Default builds tension to an outstanding climax while providing sociological commentary on a subject not commonly addressed. 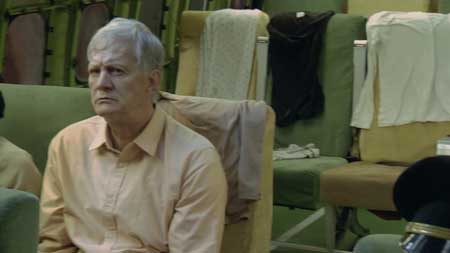 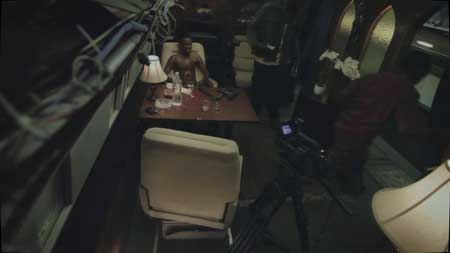 The division of perspectives in the film are of everything the pirates film during their taking over of the plane, the crew’s forced footage of events by the pirates and the news coverage from outside the plane detailing all the public would see.

The four Somali men who take the plane are set on the goals of making an argument for why they would risk their lives while threatening others for survival and money for the return of their hostages.

David Oyelowo plays the role of Atlas, the only English speaking member of the pirates fights against both the hostages to ensure their cooperation in the filming of his message about Somali pirates and the other members of his group who are more focused on the money they came for. Each moment seems to push Atlas’s tension further, managing how the pirates treat the hostages while fighting against Frank Saltzman, played by Greg Callahan, the lead journalist of the crew of hostages. 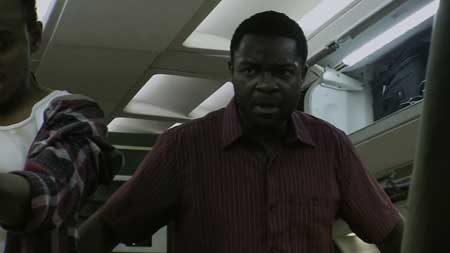 If for no other reason, the film is worth watching alone because of the confused and unique perspective of the character Atlas. He shows thought, compassion and a desire to resolve events reasonably while still displaying the harsh cruelty commonly associated with Somali pirates. In this he both works as a strange protagonist to his own plight while being a strong antagonist to everyone else around him.

During this the other pirates play as a force for drama and tension as two of the pirates, Karim Ndiaye as Leo and Mohamed Dione as Jumbo, are clearly aggressive brutes while the last pirate, Harbi Mohameud as Skinny, is a young adult who is clearly green and is forced by the others to commit various acts throughout the film.

These characters actions, combined with the words of Atlas, are a clear and well thought commentary on the grey area of morality versus survival of people who live in volatile countries such as Somalia where young men are forced to join groups to continue pillaging from other nations to maintain their way of life.

On the other side of events we have the four journalism crew members, the flight attendant and two pilots who are set to the side to prevent interference in Atlas’s actions. Something made difficult as Leo and Jumbo have placed Skinny in charge of them. 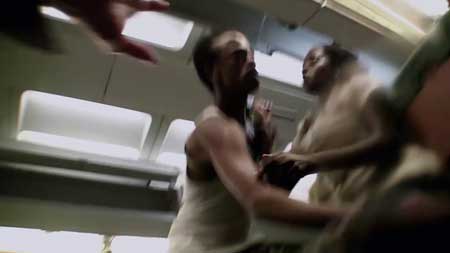 Each action the hostages take make things more complicated as the film builds, first by the decision to use a hidden phone to call outside the plane, then their assumption that there are no explosives on the plane and finally an attempt to take the plane back while the others are distracted. These supporting characters take dangerous risks that only further derange and stress their antagonists until events collapse around them.

This film is intense and well handled and while the only major grievance to be had about the film is the same reason for watching the film above all others; the character Atlas, who is in fact a school teacher whose brother, an unaccredited actor playing Mateo Wal-I-Musi, is a young man similar to Skinny who is facing charges in the U.S. after being abandoned by Leo and Jumbo at the failed pillage of a U.S. cargo vessel.

If Atlas were to appear in Somalia and join with Leo and Jumbo he would need to convince them that he is capable of working with them to hijack the plane and any sign of his cultured attitude and stalling tactics would have more than called him into question before the events of the film occurred. While not impossible, it does raise the question as to how he would be treated culturally and if he would even be accepted in such a risky operation at all. 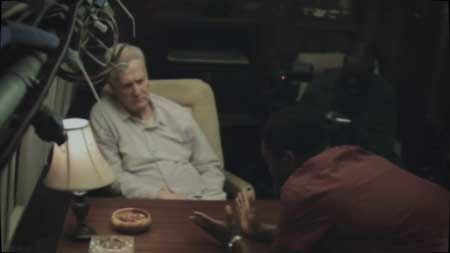 Other issues with the film are the development of the other characters. Each of the hostages merely serve to deliver the tension added to events and not one of them is well developed past the introduction scenes where the journalism crew are filming, resting and finally boarding their flight. The other pirates, with minimal character development, also seem less than what they represent in the film. This takes little away from the experience though as these characters are meant to exacerbate the situation and above all else show how easily things can devolve in a case like this.

Despite this, the film is intelligent, dramatic and a strong thriller. The cinematography does not shake too heavily and is handled in a rational manner according to the demeanor of how characters of this type would hold their cameras. The plot builds well throughout the film and the climax is an extreme scene in which all the characters suffer from Atlas’s choices.

Watch this twice so you can take in Atlas as a character and also better observe how all the information comes together from its different sources to build the film as a whole. It’s worth both viewings.