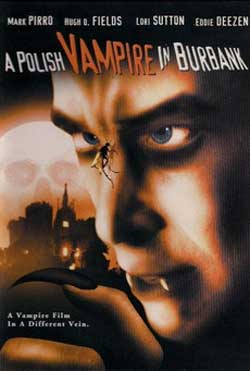 A somewhat reluctant vampire is taken out by his sexpot sister for his first “night out on the town.

Comedy-Horrors have a special place in my heart. It is my favourite sub-genre of the Horror (and Comedy) genres. In my eyes there are not enough of these in the world, and while there have been some fantastic additions to the catalogue like Dead Alive, Tucker & Dale vs Evil, Army of Darkness and Witching & Bitching to name a few, there has also been some complete piles of shit tainting the good name of this sub-genre… I’m looking at you, Stan Helsing …

I love Comedy-Horrors for many reasons, but I love its ability to make a squirmish person watch some bloody gore scenes simply because there’s a gag tacked onto it. The amount of friends I have shown Tucker & Dale vs Evil to who fall into this category and loved the film astonishes me, and this film has a guy getting chopped up in a wood chipper! I truly think Comedy-Horrors could bring about world peace… 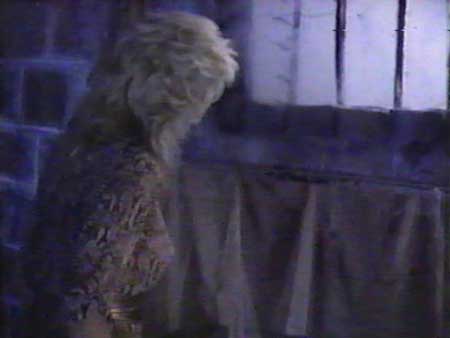 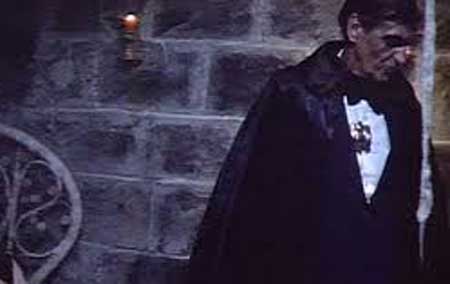 A Polish Vampire in Burbank is a 1985 Comedy-Horror spoof about a, you guessed it, Polish vampire named Dupah (Mark Pirro) who lives in a castle in Burbank, California with his overbearing father and slutty, but helpful sister. Never having ventured into the night to obtain his own meal, Dupah’s father forces him to do just that, but this awkward vampire gets more than he bargains for when he falls for his victim, the beautiful Delores Lane (Lori Sutton). Dupah battles his urges for blood while trying to date Delores with guidance from his dead, skeletal brother, Sphincter (Eddie Deezen). Shenanigans ensues until two surprising twists at the end and a skeletal kiss scene that had more romantic feel than any Twilight movie could muster. 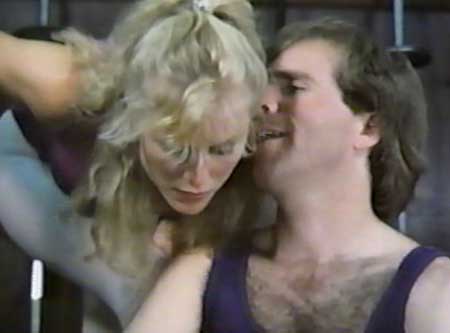 aPVB is essentially a romantic comedy, probably more akin to your sexual misadventure style film, like American Pie, but with vampires tacked over the top and far less awesomeness than American Pie. Having said that though, I enjoyed this movie more than I expected.

The gags come thick and fast. Some hit the mark, but there were also some real stinkers. Probably more the latter than the former, but I still had a stupid smirk upon my face during the entire film. It was good old fashioned fun. Sure, some of the jokes aren’t P.C., like the Queerwolf, a dude who was bitten by a transvestite and now turns into a “queer” when there’s a full moon, or bi-sexual when it’s only a half moon (Bazinga!), but it’s all in good fun. “Judo for Jesus” was one of the more comedic gags thrown into the mix. If you are easily offended you might not want to watch this film, though Queerwolf is probably the most tasteless gag in aPVB’s arsenal. 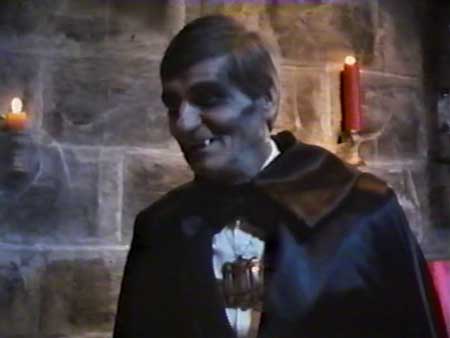 The acting was as crap-tastic as you’d expect. Over-the-top voice work and bad dialogue is plentiful. Yes, there’s your typical Dracula voice thrown in for good measure. The dialogue felt liked it was dubbed over to me. It sounded too clean for on-set work. Don’t get me wrong, the sound was still crap, but I had no trouble hearing any dialogue, even with my faltering ears. The score was appropriately crap and funny also. Hearing polka music intersected with haunting pipe organs is funny.

In terms of horror, there was not an iota in sight. But if you come to a Comedy-Horror expecting actual horror, you should take a long hard look at yourself. 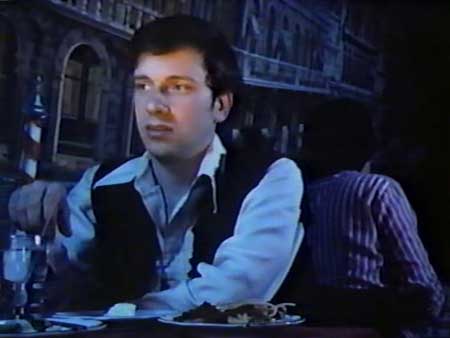 As I said earlier, there were two twists at the end. The first one genuinely took me by surprise, and though it was probably done because the writer couldn’t think of a more organic way to end the movie, it was still funny nonetheless and that’s all I could ask for in a Comedy-Horror. Sure, the story is as basic as one could make it. Sure, you couldn’t care less for the characters, and I guess the ending was written as if the writer only had a page left and couldn’t purchase anymore so had to finish the film off on that page, but it was still good fun. aPVB doesn’t try to be anything it isn’t, and I applaud it for this. Lesbian Vampire Killers tried to do the opposite and failed. How could one stuff up a film about lesbians and vampires… And lesbians… I’m still baffled to this day… And lesbians!

Would I recommend this film to anyone? Yes. If you enjoy Comedy-Horrors definitely give this a go. It’s not a stand out in the catalogue of this sub-genre, but it’s definitely good fun and worth at least one sit through.