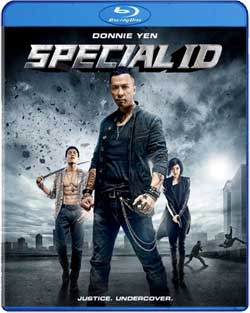 A cop goes undercover in a ruthless underworld organization to stop a gang leader, only to put himself in great danger after being exposed by his former protégé and best friend.

Donnie Yen stars as Chan Zi-Long Chen / Arlong in the new martial arts release “Special ID“. Of course bringing to the screen his flair for action, drama and kicking ass, Donnie Yen plays a character gone undercover with the sole intention of infiltrating the local crime circuit which is in the midst of a turf war. We are informed that the Elder brothers are key to this conflict. 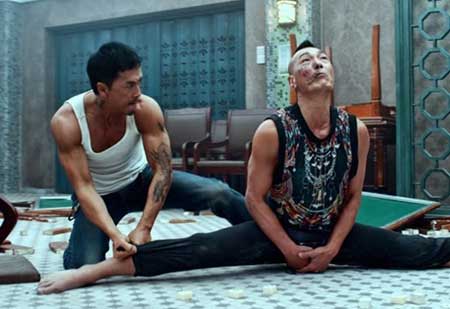 Zi-Long who has been at this assignment way too long (a cop now 8 years) wishes he were removed to move onto other things. His avid interest in being part of the local enforcements since childhood is finding conflict with his undercover role 9that only a small handful of people actually know about). His double life includes playing the crime circuit while reporting to his superior office as they try and break thru the often violent underground scene. Zi-Long also worries about his mother who he fears could get mixed up in his double life if his identity were discovered.

Soon he finds himself attached to a new partner, comrade Jing Chang (Tian Jing), a female detective who can certainly hold her own in a battle of thugs. The 2 of them mix like oil and water trying to work together as a team but eventually warm up to each other. Jing Chang plays by the book while Zi-Long works against it. 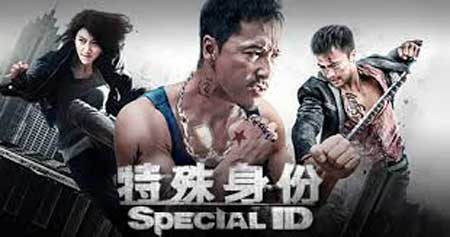 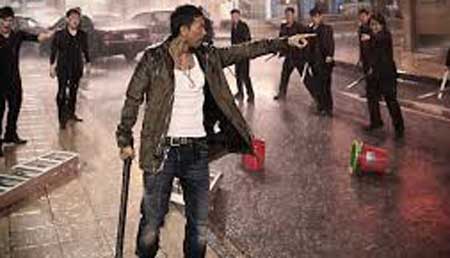 “Special ID” follows Zi-Long as he partners with his old childhood friend Sunny/Lo Chi-Wai Andy On) who is now leading a blackmail crime ring. Sunny who only trusts but a handful of people brings Zi-long under his wing to share in his current operation. The whole setup comes under scrutiny as Zi-Long and Jing Chang prepare to collect enough evidence so they can arrest the key players including the leader Cheung Mo-Hung (who went by a slightly different name in the subtitle mode).

The film moves very quickly thru new characters and relationships which I found was a bit easier by backtracking a bit and re watching a few scenes to get caught up. Actor Donnie Yen certainly shines in fast action scenes and elaborate fights which if I’m not mistaken seemed like his abilities were actually getting better as the film progressed. The tough guys of the film know he is a man of skills which sets the ground for old acquaintances wanting to “best” him in hand to hand showdowns. In all the film spends alot of time discussing the importance of loyalty and honor which of course conflicts with Zi-Long’s occupation. At the and of the day Zi-Long wants nothing more than to gain a permanent position  back on the police force so that he can server honor without the pains of undercover work hanging over his head. 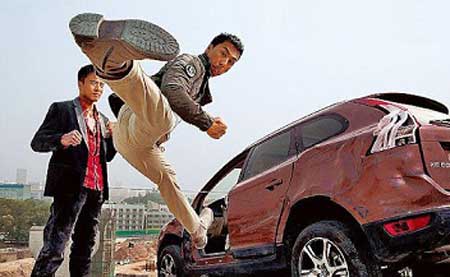 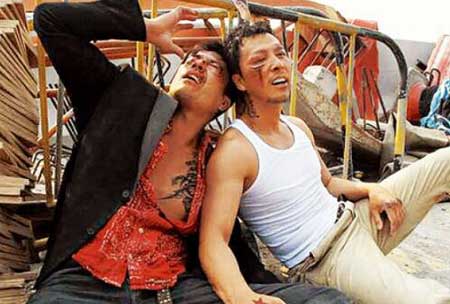 Like all films of this nature, the movie is designed to keep us busy with a base storyline and a number of segments that lead to martial arts fights. The car chase scene is pretty elaborate with some cool “hanging on to the car door” moves performed by Tian Jing’s character during the film.

The movie is noted as having some initial production issues over scriptwriting and former actor signed on Wenzhuo Zhao. The film was directed by Clarence Fok Yiu-leung