MEGADETH ISSUES THE FIRST FIVE MAJOR LABEL ALBUMS ON REMASTERED PICTURE DISC FOR THE FIRST TIME IN THE U.S. 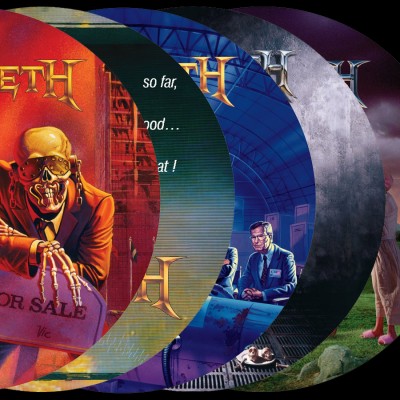 Titles Include Peace Sells…But Who’s Buying?, So Far, So Good…So What!, Rust In Peace, Countdown To Extinction And Youthanasia

Titles include 1986’s Peace Sells…But Who’s Buying?, 1988’s So Far, So Good…So What! and 1990’s Rust In Peace, as well as 1992’s Countdown To Extinction and 1994’s Youthanasia, both making their debut on picture disc. Each album is pressed on heavyweight vinyl and will feature the remastered mixes by Dave Mustaine with the original album track listings.

When MEGADETH signed to Capitol Records they were already well established in the underground metal scene. A blistering 3-song demo, which led to their debut independent studio album, Killing Is My Business…And Business Is Good!, and a string of now legendary west coast live shows cemented their reputation.

Their groundbreaking 1986 major label debut Peace Sells…But Who’s Buying? featuring classics such as “Wake Up Dead,” “Devil’s Island” and “Peace Sells,” reached No. 76 on The Billboard 200 and has gone on to sell more than a million copies, going platinum in the U.S. and Canada.

1988’s So Far, So Good…So What! reached No. 28 on The Billboard Top 200 and features “In My Darkest Hour,” Dave Mustaine’s dark and heavy ode to the late Cliff Burton, the fast-paced “Hook In The Mouth” and a cover of “Anarchy In The U.K.,” further bridging the gap between punk and metal and featuring original Sex Pistols’ guitarist Steve Jones.

1990’s critically acclaimed, platinum selling Rust In Peace features live staples “Hangar 18” and “Holy Wars…The Punishment Due.” Upon its release, Rust In Peace reached No. 23 on The Billboard Top 200, was Kerrang!’s Album of the Year, and is listed as one of the 1001 Albums You Must Hear Before You Die, Metal Hammer’s 50 Hottest Thrash Albums Of All Time and Revolver Magazine’s The 69 Greatest Metal Albums Of All Time.

1992 saw the release of the Grammy nominated, double platinum release Countdown to Extinction. It debuted at No. 2 on The Billboard 200 and features the singles “Sweating Bullets,” “Foreclosure Of A Dream” and “Symphony Of Destruction,” all of which went Top 30 on the Mainstream Rock charts, with the latter making The Billboard Hot 100.

MEGADETH’s sixth studio release was the platinum selling Youthanasia. The album was released in 1994 and reached No. 4 on The Billboard 200 with the singles “Train of Consequence” and “A Tout le Monde” both reaching Top 30 on Mainstream Rock Tracks.

The band continued to break new ground and earn new accolades with their 2013 release, Super Collider, reaching No. 6 on The Billboard 200 and No. 3 on the Top Hard Rock Albums and Top Rock Albums charts. 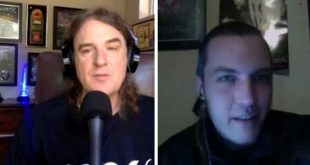