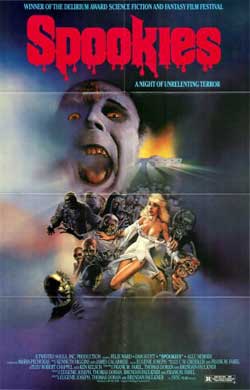 Taking a wrong turn, travelers find themselves trapped in a mysterious house. One horror after another threatens them as the sorcerer who lives within needs sacrifices to give eternal life to his beautiful bride.

While certainly not blockbuster material, Spookies delivers a great deal of punch in all the right ways. Artistically, I wouldn’t commonly refer to a horror film as “charming” per se, but this film does a stellar job of conveying just the right air of spookiness one might hope for.  If you want to see the penultimate Friday night T.V. Halloween-season movie from the 80’s, sit down and watch this one. The general ethos comes across as a mix of The Isle of Dr. Moreau mashed together with Disney’s Haunted Mansion. Yes, the general storytelling aspect of the film could’ve used a little smoothing over around the edges, but artistically, low-budget doesn’t usually achieve this much visually.  The technical delivery (e.g. the editing), as noted, is a bit choppy in places and that does have a bit of an exhausting effect on the flow of things. 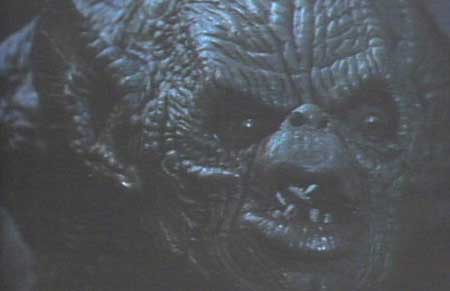 The high points go like this: the movie opens with the camera hovering above a grave, which is sort of “pulsing” at the surface. It’s not altogether clear why the surface is pulsing, but we’re left to believe that maybe something in there wants to get out. This grave and the accompanying graveyard, happen to be located adjacent to a creepy (but perfectly lit via blue exterior lighting) mansion. We quickly cut to an interior scene where some creepy old guy is talking to a coffin (presumably, one that’s occupied) saying things like, “…and then we’ll be together forever.” From there, we find ourselves watching a young boy wandering through a wooded area, and from his asides are able to piece together that Mom and Dad forgot his birthday so maybe he’s run away from home.  Oddly, a loitering drifter (who looks awfully clean for a guy just hanging out in the woods) strikes up a conversation with the boy—in the dark, without giving the kid a heart attack, but let’s not bog down in that.  After a brief convo, the boy leaves because he’s “got a long road ahead”, and the drifter is oddly attacked by this cat-like creatures who’d been dawdling nearby for unknown reasons. Within the 3-second attack, the drifter’s face changes from OK, to suddenly covered in cheap clown-white make-up, but never mind that. 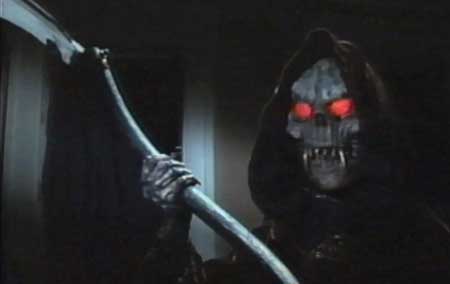 We then shoot back to the old man, now standing above the coffin, addressing his hibernating bride and are forced to listen to a meandering exposition regarding his love for her.  Essentially, its pretty clear that this guy must sacrifice souls in order to resurrect his darling love.  From there, we jump to a group of people, driving along a dirt road and listen to a bit of blathering drivle between them.  Next, we’re back to the young boy (walking confidently through a wooded area without a flashlight, mind you) who’s now stumbled upon the mansion.  He just walks inside, all howdy-as-you-please, only to find a fantastic birthday party set up (with balloons hanging oddly upside down). Some scary stuff happens and we quickly find that group of people mentioned earlier have now decided to stop and seek shelter in the house, which they presume is abandoned.  Around the beginning of the 2nd act, one of the adult group’s member suddenly morphs into some 1st-cousin of Linda Blair and when party members run outside, one of the group is quickly swallowed up into a grave, (while he never yells ‘help’ or anything of the sort)….go figure. I’ll leave the last bits of the movie up to you to watch, but there’s a nice little twist at the end that I never say coming (even though I didn’t much care by that time). 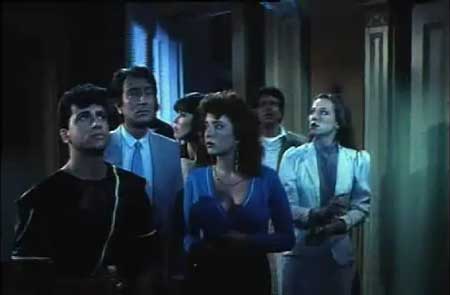 As mentioned, the technical aspects of this film are mostly quite good. Good lighting, solid camera work do a lot to help this movie’s overall net worth.  Performance-wise all the main players deliver the goods in proper fashion.  And the creature effects?  Fuhgeddaboutit! Fantastic work! Considering the decade, the creatures look awesome. Interestingly, the film actually started production as an entirely different film, entitled Twisted Souls, which explains why there just seems to be a certain choppiness to the story line. 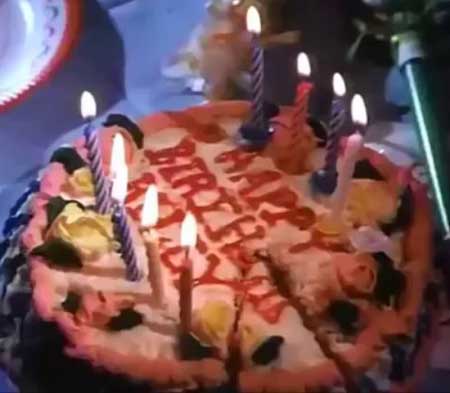 From the first moment, the opening credit sequence properly sets with stage. Add to that the remarkable score dotted throughout in all the right places. All these elements combine to  create a deeply ethereal experience. It’s clever that the creatures in this one aren’t merely in the house, but they’re also scattered throughout the grounds which surround the house as well; this serves to create an angle of ‘you can’t just run out of the house’ to get safe….it plays well and could’ve been a disaster in the hands of lesser directors. Right now is the perfect season to have some friends over and watch this one, with the sound turned up loud!