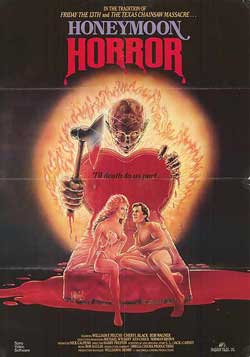 Imagine every newlywed’s fantasy, a rustic secluded lover’s paradise- Honeymoon Island. What starts as a weekend of love, turns into a nightmare of blood and terror for three young innocent couples. What lurks in the shadows of Honeymoon Lodge? Is it the caretaker, or perhaps something more fiendish and deadly? Honeymoon Island, where newlyweds joined in holy matrimony spend their wedding night screaming in terror!

Groan,Groo-aan! Grooo-aaannn!! No, a zombie hasn’t invaded this review. Rather, those are the sounds I’m making as I sit here thinking what I might write about this wretched movie.  Yes, Honeymoon Horror is a horrific film, but not in any way viewers might’ve wanted it to be.  Any so-called spoilers that might exist in this review should really be considered my gifts to you. If I can save just one poor soul from the torment that is this flick, my work here will be done! Every once in a blue moon  you encounter a movie that features horrible acting, yet the characters generally come across as earnest.  A few of the supporting cast members deserve that minor nod, but the female lead’s basic skills are just wretched. Since we’re supposed to hate her character, her terrible acting actually helps us along in that quest. 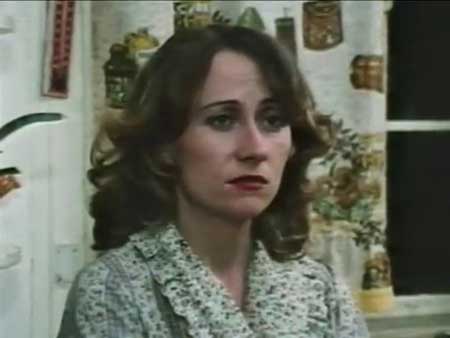 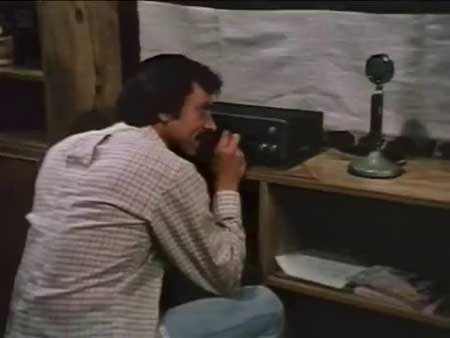 Every possible 80’s era archetype imaginable can be found here. Personally, every costume, hairstyle, curtain, plant and chair in this film catapulted me via The Nostalgia Express right back to my junior high years! For a movie with a budget of $50,000 (yes, that was a cheap budget even back in the early 80’s), this one seemed to have a shred of heart, but only just.  This is a movie that jumped on the very tail-end of the ‘Friday the 13th’ camp-setting horror movie trend so popular in the late 70’s and very early 80’s.

The movie leads off with Man-1 being rebuffed by his apparent female sweetheart. As he leaves and boards a small dingy on a lake, we see little Miss bouncily bop over to the apartment of a nearby male suitor, Man-2.  Returning to retrieve cigarettes, Man-1 finds little Miss gone and decides to search for her when he notices a light on in the window of a nearby apartment. You guessed it: Man-1 catches them together, blah-blah, a fight ensues, a calamity happens and Man-2 and little Miss run away, ostensibly leaving Man-1 incapacitated or worse. 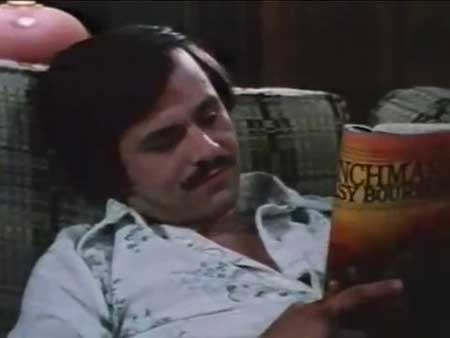 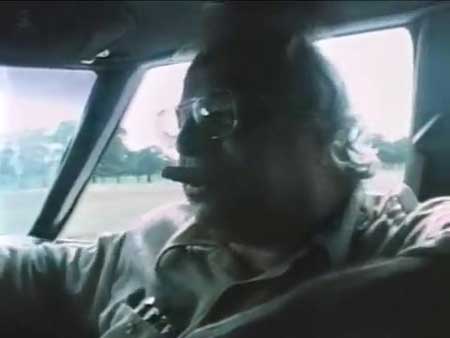 We go on to find that the couple, Vick and Elaine, eventually marry (no, Man-1 didn’t exactly meet his demise, but pretty close to it). All reports indicate that he died in a strange fire, but things are never that simple, are they? So, we find the couple about 1 year later. Turns out, Elaine is quite the conniving little vixen.  The couple has  purchased the camp, moved into it and started a little getaway place on this romantic little island.  Vick isn’t as fond of the idea as Elaine might be and he manages to do a barely OK  job of huffing and grumping his way through the movie in an appropriately utilitarian manner.

Sure enough, 3 young couples soon appear, all intending to spend joint honeymoons on the cozy little island and we know early-on that major piles of shenanigans are afoot! Of course, there’re a few obligatory marginal characters tossed in here and there: a very bad Jackie Gleason-esque Sheriff, who never manages to portray the “bumbling” part of his character in the right fashion. He generally manages to come off as whiney and irritating. The writer was assuredly trying to ping off the ‘Smokey and The Bandit’ shtick so popular during this era. We also have his deputy, who manages to ALWAYS keep the police cruiser’s overhead lights on, no matter where the two might be driving. He also does an excellent job of standing around awkwardly and retrieving snacks (without paying for them) from the local Pack-A-Sack.  There’s also a caretaker, referred to late in the movie as being “a little retarded” and a British maid to round out the trope-ridden cast. 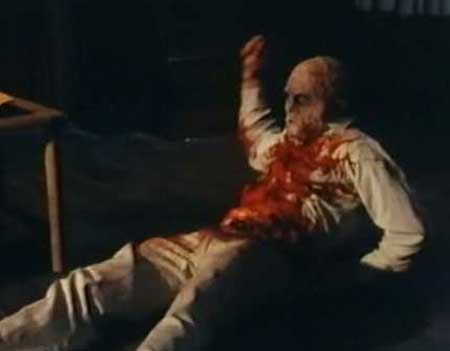 It’s very difficult to tell the story because it all pretty much starts to break down completely around the start of the 2nd Act.  Most of the non-scary parts feature characters walking, chatting aimlessly, shuffling papers mindlessly and just generally milling about, but I suppose there’s a lot of that to be done at a honeymoon camp (sarcasm inflected). Obviously, there’re some mild kissing scenes and some attempts at playful banter among the couples.  Then there’s some killing, some people go missing (of course), yack-yack-yack. I couldn’t seem to make myself care about who lived or died, but I did appreciate that the one guy who is the SPITTING IMAGE of Borat was allowed to live.  I’m sure you can guess that things don’t work out too well for Vick or Elaine but when that happened, I was thinking, “Thank God, we must be close to the end.” This is a very niggly aside, but from a costuming standpoint, there’s one thing I couldn’t get away from:  whenever we see the antagonist’s shirt, if you were a costuming assistant and your boss gave you 12 bucks and said, “Make a shirt for the killer to wear!”, this is exactly what you’d have come up with! The blood stains nearly look as though they were applied with the same rubber stamp.

From the looks of things, the film’s writer and director, Harry Preston was probably a much more skillful novelist, than director.  I can’t imagine him being too happy when he heard his name being associated with this stinker. In 1996, Preston told a reporter with The Dallas Observer,  “What I would really like is a best-selling book.  Or one good film. Something I could be very, very proud of. Something I wouldn’t have to make excuses about.” I can imagine Mr. Preston, tenacious raconteur that he was, spending a lot of his time excusing this film. He also alleged the movie spent years languishing in post-production and he was ultimately cut out of the final editing process. What’s interesting to note, however, is this movie was a part of Sony’s early VHS horror library and scattered reports indicate they earned a mint once this title hit store shelves! When VHS first landed, only the largest of cities had big video rental stores, so I can imagine all the little Mom-and-Pop joints thinking this one looked like a safe bet to have on their shelves as a rental. The timing-gods apparently smiled on Sony for this one.  This one could be found in video stores well into the 90’s! 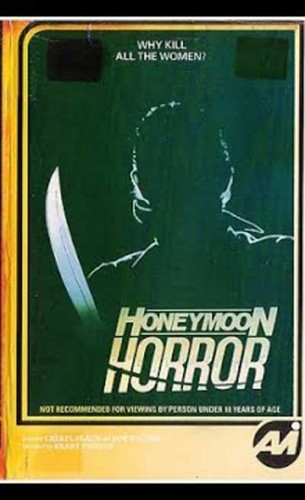 Free advice here: avoid this movie at all costs. It’s not campy (a real shame, given the setting…..get it?) It’s not funny, and it’s CERTAINLY not scary. Don’t ask me to explain how, in only two years, its already gotten over 100,000 views on YouTube. I suppose some people just love to be punished.