The movie is set during the Japanese invasion of China. The story is told from the perspective of Gao – a soldier seeking revenge from the Japanese. He is trying to assassinate the visiting Japanese commander. In the process of plotting such scheme, he had a chance encounter with a local Mafia, lead by its charismatic leader Fang.

Set in a gritty land of western mentality and Asian finesse, “Eastern Bandits” goes for the bad boy traditional style set in the 1930’s during WW II. In this new Well Go US release a team of unlikely bandits pulls their forces together during a time of war against the Japanese set in the country of Tai ping. The bandits: Chalatan (Tino Bao), Kuei (Lie Wang), Lady Dagger (Jingyang Ni), San Pao (Lei Sun), Lassie (Yue Zhang), and Cook Khao make for a rag tag team of skills and rebel loyalty that may be just enough to scheme a way to get their leader Fang Youwang (Xiaoming Huang) out of prison.

The movie is told from the perspective of Gao a Chinese soldier who plots to  serve up revenge per the aid of a some local bandits and  assassinate emperor Hirohito . When he sees the group in town, he pretends to be a wealthy traveler that becomes victim to kidnapping. The bandits live among a cave lair that appears to be self sufficiently stable as a home base. Slowly they come around and play into Gao’s plan. It’s a plan that eventually is seen for what it is leaving Gao at the mercy of his companions. 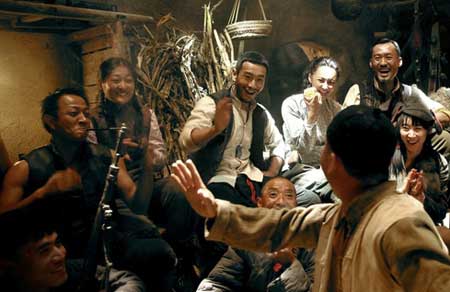 Eastern Bandits attempt to keep things diverse by combining action, humor, and drama. Though because it is a plot that tends to get jumbled in too many attempts to fill in its story, the film also falls into the trappings of its own sleepy eyed complications. It does have moments that make for good segments such as a masked armed robbery, however it appears that my reaction was one shared among other reviews leaving the film teetering on something sharp and interesting to something overworked and worn. 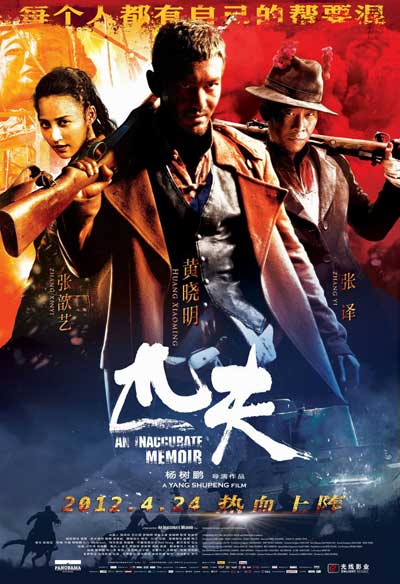 The film does have a great look to it which will measure up to repeat views if needed to pull more pieces of the plot together. I tend to think that viewers might not make it to film end and mark this one off and attempted but forgotten. The characters aspire to be interesting but fall short on connecting to make them memorable. My takeaway is that the filmmakers probably learned a few lessons on storytelling to avoid making mistake the next round. I would have loved to have seen more individuality brought out even as a team. On this basis it made for a really hard film to review lacking bullet point moments to comment on. 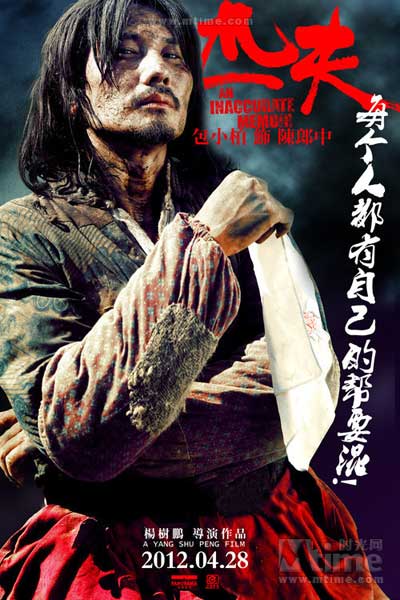 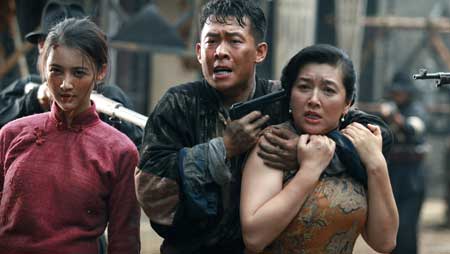 This Chinese film is directed by Shu-peng Yang on his 3rd production to date. The film is also know by its other release names “Pi fu” and ” An Inaccurate Memoir”.

Eastern Bandits joins the collective of Well Go USA’s many Asian themed movies that have arrived on bluray. If you like your Asian films traditional and emerged in old west banditry then look no further than this 2012 film now on bluray.