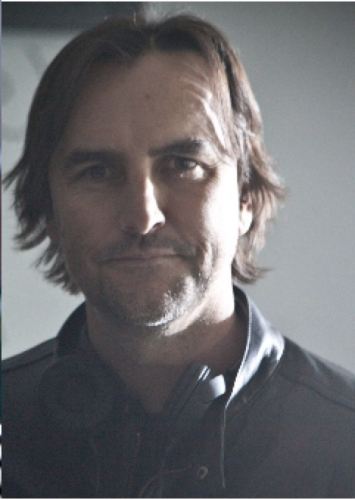 These next few months are going to be busy ones for Casey La Scala. If that name isn’t ringing a bell yet, it will soon. Mr. La Scala is about to unleash the horror on an unsuspecting world. His first assault is coming via Sony through their Affirm label. What’s that you ask? Sony Affirm releases ‘faith based’ films. Yes, I said ‘faith based’, Mr. La Scala is about to premiere the first ever (that I am aware of) ‘faith based’ horror film. It’s titled ‘The Remaining’ and its goal is to bring to the screen a biblically accurate portrayal of the rapture. Doesn’t get much scarier than that.

While Casey has been involved in just about every facet of film making, this time around he is directing and he was kind enough to take some time out of his day and chit chat with me about his involvement in ‘The Remaining’. In part one of this interview we discuss the difficulties of marketing a ‘faith-based’ horror film and how he has gone out of his way to make a “true” horror film.

DD: So, ‘The Remaining’ is landing in theaters on Sept. 5th and its being billed as a ‘faith based” horror film – explain to me what that means.

CL: Well it’s kind of how I originally pitched this so it’s not surprising to be touted like that. I produced a movie titled ‘A Walk to Remember’ which had faith based themes but really wasn’t a faith-based film but we ended up bringing in a faith based marketing team to see if there was potential in reaching that market and they were very helpful in helping us create study guides and really helped us to build awareness with that audience and they were very helpful so, cut to years later and I’m writing ‘The Amityville Horror’ and I’m on the set of ‘Paranormal Activity’ because Jason Bloom was my partner on ‘The Amityville Horror’ and I kind of started joking around about what would be like to have a worldwide, a global ‘Paranormal Activity’ and I started thinking about what that would look like and then I remembered back in the day the story of Revelations and the rapture and how all the believers are taken to heaven and all the nonbelievers are left on earth to deal with seven years of hell on earth and that was a really interesting departure point.

I started wondering if I did something that was biblically accurate – has there ever been at faith based horror film ever done? And I looked at the films that have been done in the states and it seemed to me that would be an appeal for this kind of film and I looked back at ‘The Passion of the Christ’ which was technically a very, very successful faith-based horror film – I mean it was a slasher film really but that’s how it kind of started, so when I wrote the script the first draft was not totally biblically accurate it was kind of what’s cinematic? What works, what would be the most interesting? And then as I kind of talked to the guys at the Sony faith-based Affirm group and said if I make this accurate, if I go into Revelations and play with this and make it follow the rules, would a faith-based audience embrace it?

I’ve always wanted to have that audience plus the mainstream and I knew if I made something interesting there would be appeal, there would be interest in doing something that was in the space, in doing a horror film. It’s not an obvious choice and it’s a new genre. That’s why its being touted as a faith based horror film, it’s biblically accurate, it follows the rules of Revelations although all the scenes are very mainstream and have themes of love and loving the one you’re with and finding redemption in the face of death, all very mainstream, somatic elements that everyone can pull from but the backdrop is very accurately depicted in terms of what is expressed in the Bible.

DD: I think most everyone’s exposure to the film so far has come from you one sheet poster, one of the best I’ve seen a while. What is that depicting? 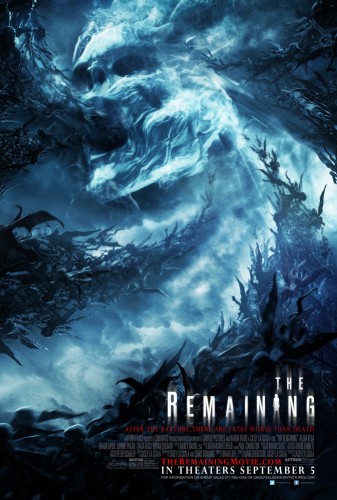 CL: The final shot of the movie is God unleashing his army upon all mankind. That’s an actual shot in the movie so they pulled that and kind of painted it up a little, but that’s really the last shot of the film.

CL: That took a long time, this was done on a budget and we shot this movie in 21 days, we had a great effects crew. I started out this process starting out to do the whole thing from a single shooter point of view, I was going to do it found footage and I wrote it that way but while I was in the process of writing it, doing that version of the film added a lot of strings, a lot of stuff happened off camera and there’s shortcomings to that, it’s hard to shoot emotional sequences because you’re constantly trying to justify camera positions, why is our character shooting this moment that is touching or if the moment of two other people why is he sneaking in looking at that, it always seems a little contrived so I made it over into the hybrid space in the cinematic elements and that opened up the scope so once I did that I was able to bring Tippett in and we went from doing practical FX of like people getting raptured down the hallway to a big visual shot like the one sheet, we were able to do A lot of things that we weren’t originally able to do. Tippett did our visual effects and they did a really good job and our effects supervisor again, a really good friend of mine, he came down to the set and he got passionate about the project and we were able to get a lot of great visuals because of his passion and his efforts in spite of what our budget was, it was a very very limited budget.

DD: Since were on the subject of your staff and crew you’ve actually got a lot of genre veterans working behind the scenes, you’ve got people from Paranormal Activity 4, from Quarantine 2, you’ve got some people that know their way around the horror genre.

CL: My DP shot one of the Paranormal Activities, Doug he’s a very young guy and when I was looking I have a lot of very big DP’s that were interested in working with me on this because we are kind of creating a new genre doing this hybrid single shooter/ traditional narrative and a lot of cinematographers were interested but I went with Doug, this young guy, he’s a photographer and he understood that kind of use of practical light and he had a nice balance, so I leaned on him. John Sippos was in Texas Chainsaw Massacre, so yeah I’ve got a lot of people who’ve been in and around the horror biz.

DD: Do you think being marketed as a “faith-based” film do you think that will make hard-core horror fans shy away from this? I’m hoping that that’s not the case.

CL: I think obviously there’s going to be a little bit of hesitancy for the hard-core horror fans. I mean faith-based are you kidding me? What? But I tried really hard, I’m a mainstream guy, I did Donnie Darko, I’m working on the Amityville Horror, this is my genre, I m a thriller/horror guy so I really wanted to make sure there was enough in there for the mainstream horror fans to enjoy and a lot of the impact scenes that we’ve had they’ve definitely been excited about the film and embrace the film and I think that’s the line you walk, if it’s too hard-core a horror film, you’re going to lose the faith-based audience it if it’s too much wielding the hammer of “go to church” so I’m hoping I did enough with this film to balance it so there’s enough in it so everyone feels it’s for them, it’s not for a specific group and everyone can find something appealing about it and at the end of the day most horror films, look it’s about finding redemption in the seat of death right? You’re looking at yourself and your taking inventory of your life when the hammers about to fall, in every horror movie that’s the feeling that you get when you walk out of or movie, your life could be ended it any moment so horror fans watch a film for that same thematic feeling of “where am I right now, what do I feel like, oh my gosh I hope life doesn’t end tomorrow” so I think those horse teams are present throughout movie and I think there’s enough there for the horror audience to grab onto.

Make sure to check back in the next day or so for the second half of this interview where we talk a little more about ‘The Remaining’ and about Casey’s involvement in the new ‘Amityville Horror’ film coming early next year. 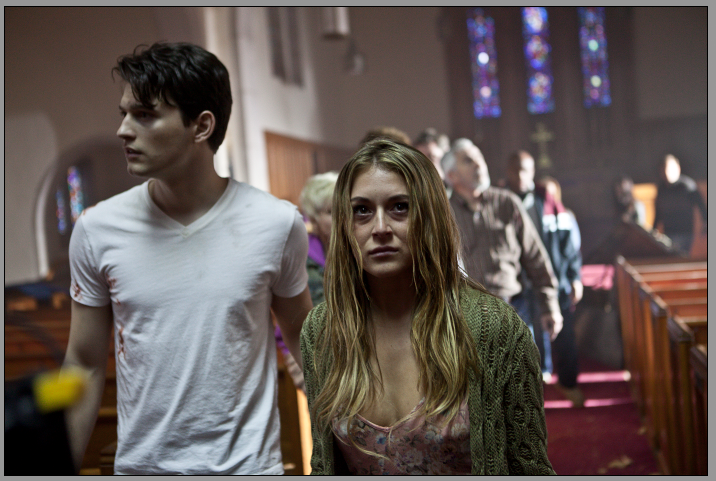 Apocalyptic THE REMAINING Crashes Down Jan 27