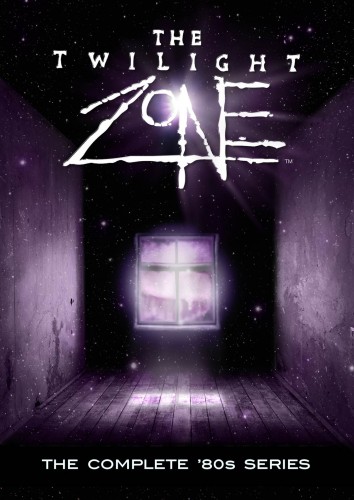 Travel into the fifth dimension once again with THE TWILIGHT ZONE, testing the limits of reality and exploring the mysteries of the universe. Airing from 1985 to 1989, this critically acclaimed anthology series carried on the legacy of the original Rod Serling program and attracted a brand new audience of fans. The series features major stars – including Bruce Willis, Morgan Freeman, Helen Mirren and Martin Landau to name a few – in compelling tales of intrigue by such noted writers and filmmakers as Ray Bradbury, Stephen King, Arthur C. Clarke, George R.R. Martin, Wes Craven, William Friedkin and so many more!

This collection contains all three seasons from the classic ’80s TV series.

Special features include a photo gallery, an exclusive Wes Craven video interview as well as over a dozen audio commentaries by the creative forces behind the show.

RLJ Entertainment, Inc. (NASDAQ: RLJE) is a premier independent owner, developer, licensee and distributor of entertainment content and programming in primarily North America, the United Kingdom and Australia with over 5,300 exclusive titles. RLJE is a leader in numerous genres via its owned and distributed brands such as Acorn (British TV), Image (feature films, stand-up comedy), One Village (urban), Acacia (fitness), Athena (documentaries) and Madacy (gift sets). These titles are distributed in multiple formats including broadcast television (including satellite and cable), theatrical and non-theatrical, DVD, Blu-Ray, digital download and digital streaming.

Via its relationship with Agatha Christie Limited, a company that RLJE owns 64% of, RLJE manages the intellectual property and publishing rights to some of the greatest works of mystery fiction, including stories of the iconic sleuths Miss Marple and Poirot. RLJE also owns all rights to the hit UK mystery series Foyle’s War.

RLJE leverages its management experience to acquire, distribute and monetize existing and original content for its many distribution channels, including its branded digital subscription channels, Acorn TV and Acacia TV, and engages distinct audiences with programming that appeals directly to their unique viewing interests. Through its proprietary e-commerce web sites and print catalogs for the Acorn and Acacia brands, RLJE has direct contacts and billing relationships with millions of consumers.