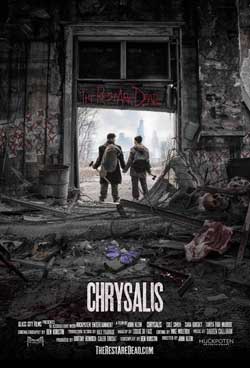 Joshua and Penelope are survivors of a deadly infection that laid waste to humanity 25 years ago. When they encounter fellow survivor Abira, their lives are forever changed as they fight off the remnants of the infected.

Zombie films have always been fairly popular. From the old classics like George A. Romero’s Dawn of the Dead (1978) to Danny Boyle’s 28 Days Later (2002), for some reason those flesh-eating folk always seem to get us excited. Chrysalis is a pretty good zombie movie insofar as it doesn’t just go straight out and give the audience a gore-frenzy. Instead, it focuses on the deeper, emotional side to that whole situation. It poses questions about what it is that makes us human and what it is that separates us from the zombies. This provides food for thought and means that the film is not just a bog-standard, visceral experience, but one that has some depth. 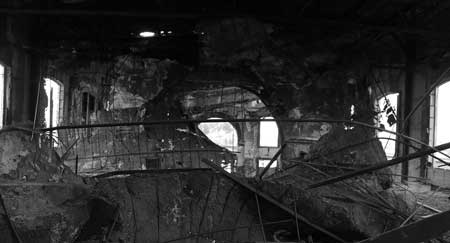 John and Penelope are seemingly the only two humans left alive in a world infected by some sort of zombie virus. Penelope is determined to bring a baby into the world but keeps having miscarriages and so John gets concerned for her health. The two live by foraging for scraps of food amongst the debris, occasionally bumping into an ‘infected’. Then they come across a woman called Abira, who claims that she could lead them to a meeting place where a group of her people are waiting and could offer them more safety than they currently have. John and Penelope are initially suspicious of Abira, unsure whether she is trustworthy or not, but the three of them start to muddle along. However, on the venture to the alleged meeting point, they start encountering more and more infected, more than they’ve ever seen before. It gets them thinking about why this could be – are the infected changing, adapting? Or maybe something within their trio has changed, attracting more attention than before? 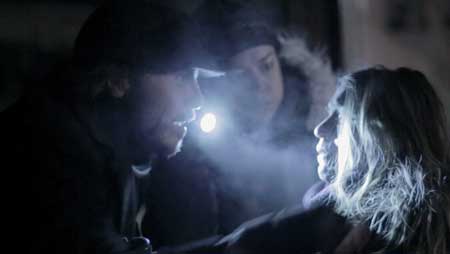 I think that the best horror movies are the ones which have mastered the art of subtlety and drawing out the tension. And Chrysalis is definitely one which does that! Whilst there was a good bit of gore in some scenes, the film mostly relies on the not knowing what might be around the corner. A lot of the violence that happens, is actually kept off screen, which was a bold move for a horror movie. I even liked the psychological side of distrust when it comes to a post-apocalyptic world – without the rules and regulations of this current society that we live in, who can we really trust? I suppose this is why The Purge films have been so popular in the last year or so. 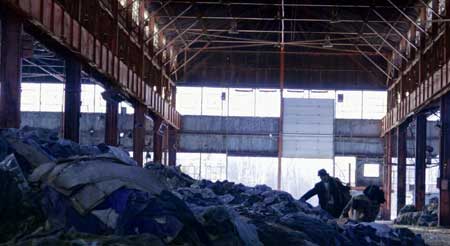 In order to get Chrysalis made, a Kickstarter campaign was launched, which seems to be all the rage these days. Between about 370 people, $35,000 was raised. This was helped by incentives being provided, such as the chance to play an infected in the movie and even to win prizes like a survival kit. This DIY attitude is commendable, and after watching the film it is obvious that the people involved were dedicated and talented enough to make the movie what they wanted it to be. Battling freezing temperatures, they managed to produce a visually wonderful film, perfectly capturing a post apocalyptic urban world. This can’t have been easy to do on such a tight budget, but Chrysalis was flawless in that respect. 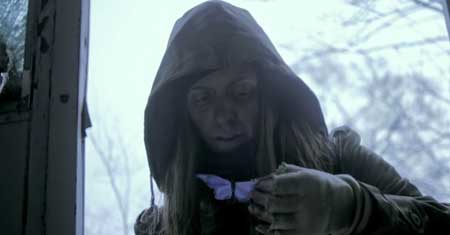 To all those who enjoy independent films (and even those who just enjoy well made films), give Chrysalis a go. I think the audio wasn’t quite right, with the dialogue being too quiet and the sound effects being too loud, but aside from that the film was a fine piece of entertainment. It’s a slow burner, I’ll say that, but that only means that it is even more dramatic when there is an explosion of action. This makes for a satisfying watch, and it is especially nice to see something that is a bit different from the usual kind of stuff which gets churned out of the independent horror scene. For this reason, I am glad that the decision was made not to shoot this in the POV documentary style like The Blair Witch Project, Cloverfield or Paranormal Activity. Chrysalis unashamedly sticks to being a less brutal/more cerebral sort of film, and I, for one, applaud it for doing so. 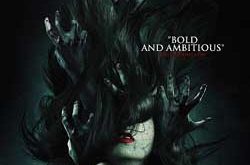