Writer/Director Paul Hough is poised to make a big splash with the forthcoming release of his latest film, The Human Race, on June 13th. It’s a brilliant take on films like The Hunger Games (2012) & Battle Royale (2000) that takes the concept a lot further than those films did. His father, John Hough, is the director of (in my humble opinion) the greatest haunted house film ever produced, The Legend Of Hell House (1973), so his pedigree is a fine one indeed! He took some time out of his schedule to speak with Horrornews.net about The Human Race & its origins. 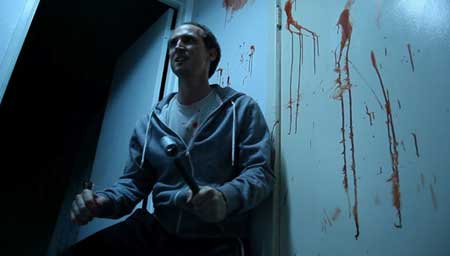 Horrornews.Net: First off, allow me to congratulate you! I really loved The Human Race.

HNN: Did films like Battle Royale and The Hunger Games act as inspiration for your film?

PH: I was definitely inspired by Battle Royale. When I started filming this movie, I hadn’t even heard of The Hunger Games yet. I started filming in 2009 and the process of the shoot was taking so long that during the course of it, the Hunger Games was announced, cast, produced & released. It’s kind of a shame because people think it’s a direct rip off of The Hunger Games, but I wasn’t familiar with The Hunger Games at all. But Battle Royale was an inspiration to me as well as Run, Lola, Run, they’re 2 of my favorite films. At the time there was no chance of Battle Royale coming to the US and I had also wanted to work on a new project with Eddie McGee. We had worked together on 2 previous projects and I began to think about what would be a good idea for a film to feature Eddie, an actor with one leg, in. The idea of running came up and since I kinda like to torture Eddie in the stuff we do together, the whole idea just developed from there.

HNN: You really put him through his paces in this film.

PH: Yeah, but he’s a remarkable actor, a really good, amazing guy. He definitely did a lot of training for the movie since he had to run quite a bit.

HNN: Let’s talk about some of your cast for a minute. The deaf couple (Trista Robinson & T. Arthur Cottam) were especially engrossing. Are they actually deaf?

PH: No, they weren’t deaf. Cottam is actually a director friend of mine from NYU & Trista came in on a blind audition and they both learned sign language from scratch… 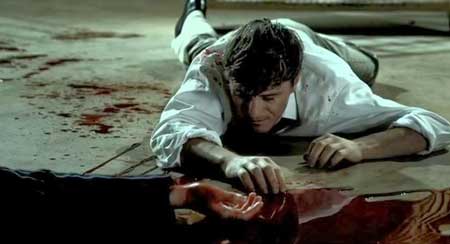 HNN: For the film?

PH: Yes. And they both got so good at it that they were actually able to improvise scenes in sign language, which was really pretty amazing.

HNN: What kind of shooting schedule did you have?

PH: Initially, I only had enough money to shoot for about eight days. So we shot as much as we could then we shut down for awhile so I could try to raise more funds for another two days of shooting. I’d get those funds, shoot for another two days and then shut down for 3-4 months, shoot again for two more days and so on. From start to finish, it took 4 years to actually shoot the entire movie. It absolutely sucks not having money to make the film and when I was pitching the idea of the film to investors, none of them would accept having Eddie as the lead in the film because he only has the one leg. I thought it would be the opposite because the idea of having him as a leading man is so unique but I was shut down everywhere I went.

HNN: How much did the film eventually cost?

PH: Let’s just say that the money we made this film with would equal a bigger film’s lunch budget. 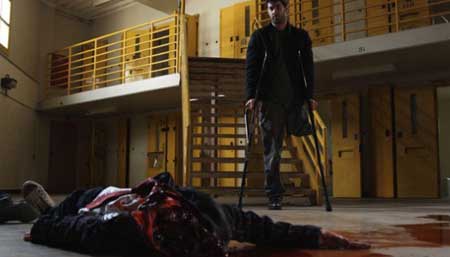 HNN: Yeah, he comes off as sort of a womanizer in the beginning of the film.

PH: Totally! Which is funny because as we were shooting the movie I didn’t actually see that…

HNN: Wait a minute, you didn’t realize that as you were writing the script?

PH: Well the dialog that actually embellishes that aspect of the Eddie character was written by Eddie! That came directly from him, but to me that’s how guys talk to each other. I realized it very quickly once the film was put together but it was very important to me to have the characters feel as real as possible. Without giving away any spoilers, that’s why the whole turn of events featuring the deaf couple goes in the direction that it does.

HNN: Did anyone on set or behind the scenes have any issues with the way that the script deals with children? Because kids don’t do too well here…

PH: Not so far [Laughing]! A few years ago I had a manager & agent after I had made a short film called The Angel, that had won awards at Fantasia and a bunch of other film fests. They got me into a bunch of Hollywood meetings and I went in for this job with a company known for producing horror films. I went in and told them I wanted to be an “Equal Opportunity Killer“, I wanted to kill young people, old people and all the people in between! Afterwards, I thought the meeting had gone well and a week after that my manager left me because of that meeting. Apparently that point of view was looked at as psychotic! However my own view is that death can happen to anyone. Unfortunately, part of the predictability of today’s horror films is that its very easy to guess who’s going to die, when they’re going to die & the order they die in. One of the things I found very hard to do was to make the film as unpredictable as possible, and part of that is being able to kill off anyone at anytime, regardless of age, disabilities, etc.

HNN: That’s one of the reasons why I think your film is so great! The idea of absolutely no one being immune from dying made the whole venture so tense. I thought it was a masterstroke on your part to make that decision. How did you come up with the rules that are in play during the film?

PH: Initially it was more of a practical thing because having so little money meant that from a practical standpoint I had to find a place to shoot the movie. I found a location in Whittier, near LA, that was this abandoned youth correctional facility owned by the government. So I went there with Eddie and as we looked around we kind of came up with the rules based on the environment. It’s really not much more than that!

HNN: Did you write this with a mind towards a sequel?

PH: But I have a sequel written for it now.

HNN: I understand you shot this in sequence. What led you to that decision?

PH: It was more of a practical thing. It wasn’t entirely in sequence but I did shoot the first 75% of the film sequentially. One of the ideas behind the actual physical shoot of the movie was that if I have 80 people at the beginning of the race, we could shoot them all in one day and then they’ll start racing. And since it’s a race, the characters will eventually spread out. At that point I could start focusing on individual characters.

HNN: I’ve seen the movie a few times already and as I watched it, I imagined how it would look if another director was at the reins. For instance, if Roger Corman had directed this it would be a completely different film, it would be far more exploitative than your version is. Your film puts the characters in a fantastic situation but it never loses sight of the characters and their stories. It’s really sort of a drama with some overtones of the fantastic wrapped around it. Considering the situation the end of the film leaves Eddie in, I’m led to believe that a sequel might indeed be a lot more exploitative than it’s predecessor is.

PH: The sequel actually takes place a few years later and it’s no longer a race being run, it’s a different series of events in which only one can survive. And I wrote it as a stand alone film so you don’t need to have seen the original to understand what’s going to be happening here.

HNN: Is it your next film?

PH: No. I’m actually attached to a script that a friend of mine wrote that’s actually one of the best script I’ve ever read and I’m hoping it’ll be next.

The Human Race opens in select theaters & VOD on June 13. 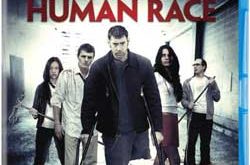