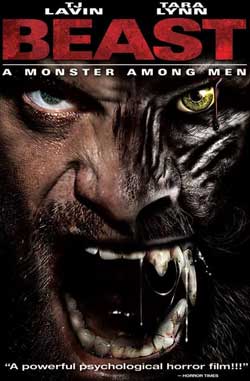 Five friends head out on a getaway to a secluded cabin just outside of the Six Rivers National Forest. An argument forces the group apart and things begin to deteriorate quickly. As the night progresses, tensions build, and things are clearly not what they seem.The question each man must now ask themselves is how well do they know each other and how well do they really know themselves.

The film begins with cheesy music, heavy on the piano keys and an emphasis on its melodramatic theme resonant within its sound.  It accompanies various pictures of abandoned campfire sites—the disclaimer explains reports of unexplained mass disappearances occurring within the area.

Cut to a scene of five bros laughing it up in an SUV.  The jolly group anticipates their getaway with glee and amusement.  However, one of the boys does not seem too delighted—a brooding and menacing character, Eli, sits hooded in the back with his arms crossed on his chest.  He continues to brood in silence for most of the ride.  This greatly perturbs Mike, who we immediately perceive as kind of an asshole.  He makes a point to address this, shouting in Eli’s still brooding face and asking the rest of the crew, what the f*ck is up with this dude?

While Mike’s obnoxiousness grows, so does Eli’s bizarre behavior.  At one point, Eli goes to the car to retrieve a knife…and no ordinary knife.  Like, a motherf*cking Crocodile Dundee knife.  He brings it back, and while normal people are roasting their weenies on sticks, Eli roasts his on his motherf*cking Crocodile Dundee knife.  Well, this is all just way too much for already agitated Mike to handle.  He blows his gasket, proclaiming he’s fed up with Eli and demands he start acting just as jolly as the rest of the group.  Predictably, Eli leaves and heads into the woods, maybe to flay some squirrelies with his ginormous knife.  Bill scolds Mike for his rude behavior and goes to find Eli.  While away, perceptive Chris asks Mike what went on between the two—to which Mike essentially scoffs and tells Chris to mind his own damn business.

Of course, the three remaining follow suit to look for Bill and Eli.  They find Bill dead and begin to suspect Eli.  They then hear an ominous woman’s wail echoing from the woods.  After some arguing about how to properly react to the eerie scream, they finally decide to investigate.  This is where the film starts to feel a little like The Blair Witch Project. 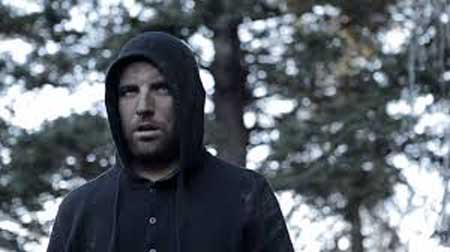 After wandering for a moment, they stumble onto a campsite…and Mike stumbles upon his own private live-action P*rno.  From the outside of their tent, Mike watches a couple enjoying their time in the dark forest.  He watches for an uncomfortably long time, which leads the viewer to ask, “Um…does he even remember or feel remorse for his friend’s sudden death?”  After satiating his voyeuristic perversion, he continues to act in his asshole way and demands the couple exit the tent.  He aggressively interrogates them, disturbing the quiet peace of the camp and alerting others.  Chris and Sean tell Mike to calm down and explain the situation to their new acquaintances.  After some bad acting and even worse choreographed fighting, the “beast” (which we technically never witness) commences to pick off unlucky campers one by one, and in this slow but meticulous massacre, we learn other dark secrets.

During these scenes of mass hysteria, we are entreated to some groovy tunes, sound effects, and camera angles that work well to not only combat the movie’s flaws, but to also synch the viewer into the sinister ambiance predominating the characters’ situation.

A few mishaps and deaths later, Chris demands Mike explain why Eli is hunting them.  Sean breaks down and through muffled cries tells the story of how he and gentleman Mike roofied Eli’s virgin sister and then raped her.  Subsequently, she commits suicide.  Sean tells the story through a net of guilt and regret; however, Mike shows none.  It’s obvious he thinks lightly of his past transactions, and in this moment, we not only receive the best lines in the film, but grow to adore character Chris (whose eventual demise will only sadden viewers).  Fed up with Mike’s asinine and immoral behavior, he says, “If I stay here, I’ll kill you myself.”  Mike warns Chris that he will die if he wanders alone, to which wonderfully witty and moral authority Chris replies, “Yea, probably, but I want you to know that I don’t blame him, I blame you guys.”  Sean, knowing he and Mike are scum and Chris is right, decides to follow Chris and desert Mike.

All the while, we get prominent close-up shots of the shining moon, a translucent fog encircles it, and we consistently wonder when the beast will rear his or her head.  It functions as a reminder of the looming fear ever present.

Despite this movie’s flaws (which there are many), it provided some interesting points.  Who is the beast?  The man picking off scared victims one by one like a predator to helpless prey?  Or the man who treats a drugged young girl like a socket to plug in?  A man who feels no pity for the suicide he inspired, or a man out for revenge?  Beast: A Monster among Men asks these questions, surprising the viewer into realizing this movie is about more than just a simple monstrous “beast” terrorizing people.

The end does slowdown in comparison to the rest of the pace of the movie.  Mike is the lone survivor, boggling everyone’s mind.  He drives for several long and tedious (and unnecessary) shots through the mountains until stopping at a creek where he encounters Eli, and the audience jumps up and down screaming, “Justice, finally!”  The music here plays rather incongruously to the scene, which disappoints considering we’ve finally reached the climax.  From afar, we see, and in a way don’t see, Eli’s transformation.  The creators crafted the transitioning aesthetic in a clever way that makes Eli’s bestial form and Mike’s death ambivalent.  What one can conclude about the “beast” is that more than anything, it serves as a metaphor of what man can become when pushed.