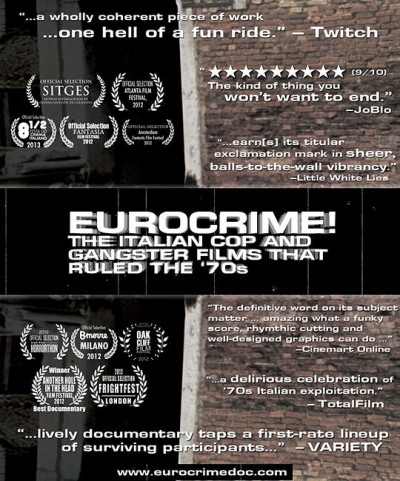 The North American rights to a new documentary, Eurocrime: The Italian Cop and Gangster Films That Ruled the 70’s, have been acquired. The film is due for release on DVD in the fourth quarter of 2014. Directed by Mike Malloy, the nearly 140-minute documentary features interviews with many actors and directors involved in the making of these films, among them Franco Nero, John Saxon, Henry Silva, Fred Williamson, Enzo G. Castellari, Joe Dallesandro, and John Steiner.