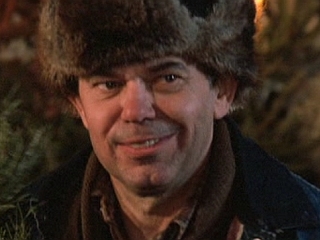 One of my favorite character actors, Les Carlson, passed away at his home in Toronto, Ontario on Saturday, May 3, 2014 at the age of 81. Mr. Carlson appeared in some of my favorite genre films. He played Graham, the telephone lineman in Black Christmas (1974), Barry Convex, the president of the Spectacular Optical Corporation, in David Cronenberg’s Videodrome (1982), Brenner the newspaper editor in David Cronenberg’s adaptation of Stephen King’s The Dead Zone (1983), the Christmas Tree Salesman in Bob Clark’s immortal A Christmas Story (1983), Dr. Brent Cheevers in David Cronenberg’s 1986 remake of The Fly, and nearly over 100 other roles in movies, television, and on the stage.

He will be sorely missed.