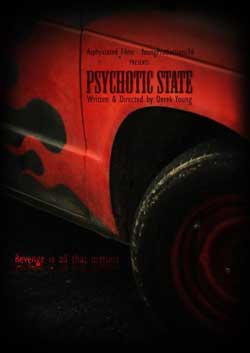 David Coleman, a bipolar twenty-six year old man is one of those people that the world likes to pick on. David is bullied and abused by everyone around him, including his adopted father. When David gets fired from his job after a run in with a couple of bullies, he loses his medical benefits and stops taking his medication. This causes David to go into a psychotic state and in a twisted idea of justice, he decides that it is time for him to take out all his bullies and abusers. The result is a killing spree that ends with a bloodbath beyond reckoning. They should’ve left David alone…

It might be a bit too easy to make a feature film nowadays for most of us. Essentially all that’s needed is a decent video camera that can now be bought for $500 at your local Best Buy, some friends who have a few weekends to spare so they can help out, some beer, food, some latex & a rudimentary script (Which will probably end up being just another one of those “Found Footage” fiascoes that my colleague Doc Rotten is so fond of). I know this to be so because each week I get 3-5 new “Films” that have supposedly won some dinky award from some film festival that no one has ever heard of before that was made by someone who really has no friggin’ idea on how to make a movie. But I guess if you win the “Best Film” award at the Upper Mongolian Horror Film Fest it means you made yourself a good film doesn’t it?

Fuck no it doesn’t! I am so sick and tired of these 90-100 minute sleep aids masquerading as feature films that sometimes I just wanna rip my eyes out of my head. 9.5 times out of 10 they are nothing more than what I just described, tedious efforts featuring actors who can’t act in movies that are nothing more than excuses to waste the time & patience of everyone who’s fated to watch them. Which is why I was more than a bit impressed with director Derek Young’s latest film, Psychotic State. And while there’s a lot that’s wrong with the film execution wise, you can immediately see that Young knows what he’s doing behind the camera and perhaps with some seasoning and a few more films under his belt, he’ll become a filmmaker whose films people will be looking forward to. 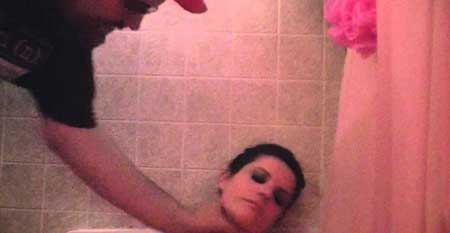 The script (By Young & William Pattison) deals with a young man named David (Played by Young) who has spent the majority of his life being beat down by all surrounding him. He’s bullied at school, on the street, at home (By his stepdad)…everywhere. It’s so bad that he undergoes counseling and is on medication to soothe his ravaged psyche. But after getting harassed by some bullies and losing his job, he stops taking his meds and his mind slowly slips backwards into madness. The resulting madness manifests itself in anger and after accidentally killing one of the bullies David uses that anger and takes bloody revenge on all who’ve crossed him.

I know, I know…it’s not entirely original, but there’s a sincerity & earnestness to what Young is attempting to do with his film. What Psychotic State really sets out to be is an anti bullying film that just happens to have its victim get his sweet revenge on all the bullies and in that respect it succeeds completely. There’s a heart at the center of this film and while most won’t see it underneath all of the blood & gore, trust me…it’s in there. This is something that I didn’t expect from a film called Psychotic State and I applaud Young for taking a stand against bullying in all forms in his film. The fact that it’s a horror film shouldn’t (& doesn’t) make the central conceit of the film any less important. Bullying is just wrong and we as a people should do whatever we can to curb it wherever we see it. Maybe not by bashing someone’s head in but you get the idea…

The plot gets a little bogged down with the emergence of an inheritance that David receives from his stepdad’s will and the strip club he purchases with it. Wouldn’t you know it, he’s also quite the benevolent boss and while I don’t have any problems with characters in films who are inherently good people, the script tries way too hard to show us that David isn’t a bad guy at all, just a misunderstood one. I think that plot device spelled itself out rather quickly in the first few minutes of the film so overselling it made the character a little less likable and took away a bit of the pathos the script intended for him later in the film. And all the while, he’s still killing bullies so he’s something of a “Jeckyll/Hyde” character and I thought the script didn’t follow up on that angle nearly enough.

Making matters a bit more confusing, there are a few subplots that never really go anywhere which, while probably a result of overthinking the script while writing it, are kind of annoying. The lighting and the sound of the film became an issue every so often, but not to the point where it ever became a chore to watch it and I don’t believe the film was in its final release state when I watched it so those points are probably moot by now anyway. The violence is extreme and the blood is something that any good gorehound is gonna go nuts over while David takes care of his bullies in some extremely distasteful ways. Psychotic State feels a lot like a film from another era, the 70’s perhaps? The proceedings have a great grindhouse look/feel to them and if that’s what Derek & co were going for then they’ve done a good job.

Another thing to mention are the cameos in the film! Somehow Young corralled Linnea Quigley, Lloyd Kaufman, David Naughton, Jake (The Snake) Roberts, Conrad Brooks, Camille Keaton, George Kosana, R.A. Mihailoff, PJ Soles & others to make appearances in this film. Mostly in the way of PSA announcements that buttress both the beginning and the end of the film but what does that matter? This unheralded kid actually got them in his film and that’s gotta say something for his character and his belief in what he what trying to accomplish here. I was suitably impressed!

Let me be clear, Psychotic State isn’t going to win any Oscars. It’s got script issues, technical issues, acting issues…all kinds of issues. But trust me when I say that I’ve seen films with 100 times the budget of this one that I’ve enjoyed a lot less. And without overstating it, Derek Young does have his heart in the right place. In my book that’s 90% of the battle won right there. There are so many worse things you can do with a lazy weekend than watch Psychotic State and it portends the arrival of a young director who just might be going places in the near future.

Psychotic State – 3 out of 5 shrouds. 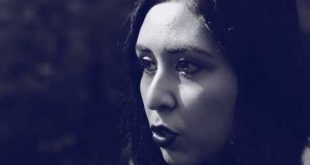