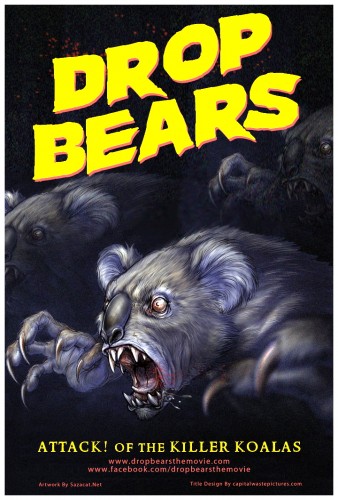 What is missing from the horror-comedy genre? We’ve already had a virtual menagerie of films about sharks, birds, fish, dinosaurs, spiders, snakes, sheep, rats, etc. What’s missing from this enormous list of comedy-horror animals are Killer Koalas, or Drop Bears as we call them here in Australia, but with your help we can fill this latent gap. Drop Bears: Attack! Of The Killer Koalas is intended to be an action-packed horror-comedy from writer-director Stephen Banham and producer Peta Astbury, and their Kickstarter campaign for initial funding starts this week. “A group of young backpackers go camping in the wild Australian outback. However, our hapless travelers have inadvertently wandered into the habitat of the Drop Bear, the rarely-seen carnivorous cousin to the well-known cuddly koala. When the drop bears attack, the group must either fight or become the creatures’ next meal. Can they all survive the night?” 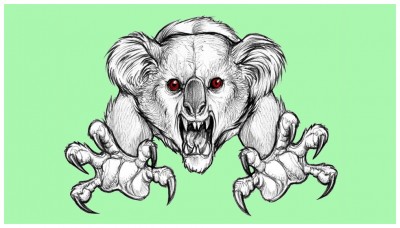 Sounds cool, right? If you answered yes, you certainly have great taste – bravo! Drop Bears: Attack! of the Killer Koalas was launched this week, and the team are hoping to raise a minimum of AUS$90,000 on Kickstarter for the film, which will be shot in South Australia. Coming in the wake of recent Australian box-office successes such as Wolf Creek (2005), Black Water (2007), The Reef (2010), Wolf Creek II (2013), and The Jungle (2013), Drop Bears takes a more comic look at the perceived danger of being a backpacker in the Australian bush. The script was supported by the South Australian Film Corporation with development assistance from filmmakers Stephen Cleary and Chryssy Tintner, and Australian comedy legend Tim Ferguson. 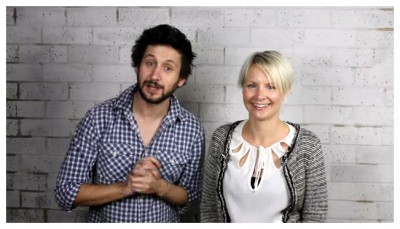 Drop Bears will be the directorial feature debut of Adelaide-based filmmaker Stephen Banham: “I’ve always been passionate about the idea of killer koalas. Film-makers have been milking the animal kingdom for horror movie fodder since the dawn of cinema, but a comedy-horror about Drop Bears, has never been done before. I know I would want to see that movie and I know others would too. Flash forward five or so years and we’re gearing up to make it! I can’t wait to be able to share it with the world.” After studying movie-making and its history, Banham wrote and directed short films, music videos and the micro-budget short-feature Adelaide (2010). After this, through the South Australian Film Corporation’s Film Writing Initiative, he was selected from more than fifty writers to develop Drop Bears, and was chosen to be director David Michôd’s assistant on The Rover (2014) starring Guy Pearce and Robert Pattinson. 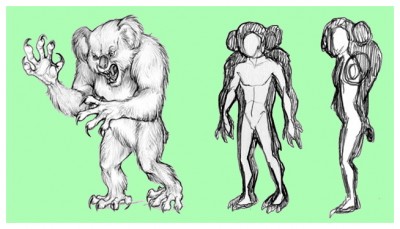 Producer Peta Astbury chose Kickstarter to fund Drop Bears: “I’ve been interested in the idea of crowd-funding for film for over ten years, but there hasn’t been a worldwide vehicle like Kickstarter available in Australia until recently. There’s something really special about many people making small donations to fund a greater goal.” Astbury has more than thirteen years experience in the content industry and holds a Master of Business Administration. Her debut film, the low-budget comedy hit The Marriage Of Figaro (2009), was released on screens across Australia, and Astbury successfully self-distributed the film for the first three weeks before handing it over to a distributor. The film was screened at the London Australian Film Festival 2010 and Dungog Film Festival 2010, released on DVD, iTunes and screened in-flight on JetStar and on national television. 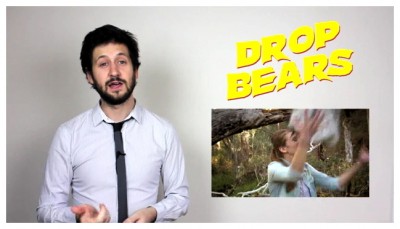 “We are aiming for at least AUS$90,000 to make the film, but we have incorporated ‘stretch goals’ that will enable us to enhance production values. Every little bit counts – that’s the great thing about crowd-funding, so we hope people will join in and support our Kickstarter campaign at any level!“ Banham and Astbury have also created an extensive list of pledge rewards for people who get involved, from a ‘Drop Bear party kit’ which includes a board game, masks and drink coasters, to T-shirts, clothing and the biggest pledge reward, an Associate Producer credit. “We had a lot of fun creating rewards that we hope will appeal to a variety of people, at a wide range of price points. There’s something for everyone in there, so check them out! However the crowd chooses to support us, please know that we always punch above our weight, so you can be sure that your money will be going much farther than the total amount we get, from the original goal to the fully funded stretch amount!” 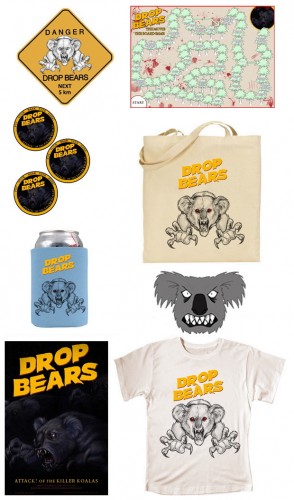 For more information head over to their Kickstarter page at www.kickstarter.com/projects/forpetessake/drop-bears-attack-of-the-killer-koalas-feature-fil and I’ll quickly wrap-up this article with a big thanks to all my good friends at For Pete’s Sake Productions for bringing this wonderful news to my attention. I’m convinced you’ll show your gratitude too, by popping in again next week when I dig-up another terror from beyond the black stump for…Horror News! Toodles! 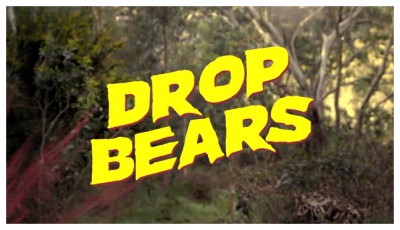