Home | The Reil World of Horror

The Reil World of Horror

The Reil World of Horror by Billy Reil

Welcome to the first edition of ‘The Reil World’, I’m the brainchild of this column, but unlike previous incarnations of this title, I will not write specifically about my Pro-Wrestling career. This is a fresh start for me, as I turn back the clock and remember what drew me into the horror genre of films. I can recall as if it was yesterday picking up my first Fangoria magazine. I just fell in love with ‘A Nightmare On Elm Street’, I salivated at any rumors of a sequel, and once the franchise decided to make a new film every other year I was in heaven. 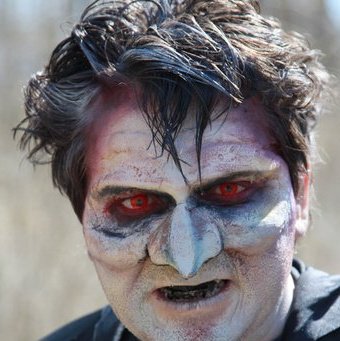 Looking back, My friends and I would walk to the only theatre in South Philadelphia, it was called ‘The Colonial’, It was one of those throwback movie houses where your sneakers would stick to the rugs; which stunk of piss and shit, but It was my piss and shit theatre. I took great pride in paying 1 dollar to watch a new movie every week. I was a horror junkie before I even grew pubes. This is a part of my life in which until today I have guarded as my biggest secret. On top of having the theatre, On the corner of my street was a local video store called Phoenix Video; which also for a dollar I could rent every horror movie ever released.

Imagine the horror in my aunt’s eyes while she was babysitting me to absorb a 9 year old relatively good kid pushing play on the VCR and seeing the vision of Marvin The Mop Boy as The Toxic Avenger played on her 24 inch television. My old school family cringing at the fact that these films had not only grabbed my attention, but would be a part of my life until this very day. I don’t think they were fans, but to me being different meant so much more to me than conforming to watch Golden Girls or worse Wheel of Fortune and Jeopardy every night. Let’s face it, if that’s normal, well then I’d much rather me a weirdo.

I remember a television show on this new channel called Fox. The title was simple enough…”Werewolf” with Chuck O’Connor being the main heel. The story goes that when the main character would turn every month on the full moon,That his hands would start bleeding in the form of a Pentagram. I being the ever so lovable little kid would show up in Catholic grade school, and stick my nails into my gums until they would bleed and then wipe the blood on my hands, and act like I was turning. Believe it or not, this show was mildly popular, and I remember this poor little Asian girl named Lisa Le. Poor little Lisa Le sat in front of me in class, I tapped her on the back and worked her into a frenzy as she screamed to the teacher “Billy’s turning into a werewolf”, as she ran out of the 4th grade classroom looking like more of a lunatic than the trouble minded nut-case who sat grinning behind her.

As I wrote earlier, Robert Englund just nailed Freddy Krueger. Maybe for some, watching that remake a few years cemented my belief. I was just fascinated during every ‘Nightmare’ at the creative ways that Freddy would kill his victims. I also used to get a boner at ages 7 to 11,and the young females that sometimes would get nude. I for one probably saw my first pair of breasts watching horror, and Thank God for that ! I can remember the “Tina” character like it was yesterday, and I don’t know about you guys and gals, but when your a lil kid, and you see a developed teen for the first time…Well that’s one hell of a feeling. I’m sure I was still shooting blanks, but alas a great time to be a kid being introduced to horror.

Today I’ve come full circle in this process, I’ve been lucky enough to have made a very easy transition from Pro-Wrestling to becoming an actor myself, and I gotta tell you that it’s the greatest job in the world. The day I booked my first lead role as a Horror villain was a tremendous opportunity, and one I will never forget. While the film has religious overtones, It was still very cool to sit in the makeup chair for hours, and become what the director had asked. I was also very fortunate to be the Stunt Coordinator in this 30 minute short entitled “Purgatory” directed by Nick Lanciano. I was desperately trying to apply all of my wrestling skills my character’s fight scenes, but Mr. Lanciano insisted that I fight like a monster. Looking back, It is impressive to see wide screen angles make the cut because the choreography work was on point. I used simple head movements that legends like Kane Hodder would impose as Jason Voorhees. With that being said, studying horror films since age 7 really taught me the subtle movements that a Monster should make. Granted the film wasn’t an overnight sensation, it provided me with an experience to demonstrate my studies, and all of the visits to the colonial started to make sense. People say “Everything happens for a reason”, and I hope that my extensive studying in the horror genre will lead me to mainstream and cult horror film lead roles in the future. I’m just a baby in the game, only 4 years of working films, but don’t sleep on the fact that I’ve been performing for 20 years total.

I surely hope that there is a chance that New Line cinema can produce another ‘Nightmare’, and boy it would be the equivalent to hitting the lottery if I could get casted as the new ‘Freddy’. Stranger things have happened in the world.