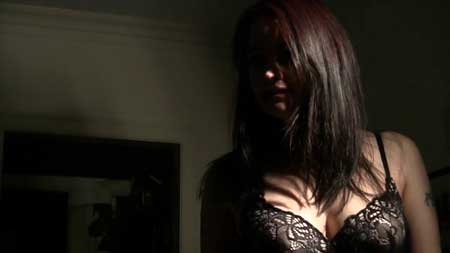 Zelda, recently divorced, has moved to a new city and started a new job in a rundown section of the city. Each night when she comes home she’s forced to cross through an old viaduct where she feels she’s being followed by some of the local gang members. But shortly she begins to realize that those pursuing her are not human

The Darkest Part of the City is a short film that tells the story of Zelda, a waitress who has to walk through a creepy viaduct every day on her way back and forth to work. At first it’s just the various gang members that loiter there that intimidate her, but she soon realises that there is something more supernatural going on in that viaduct. She sees an elegant symbol drawn on one of the walls and decides to investigate it further, finding out that perhaps that location is indeed linked to darker deeds of demons and ghosts etc. This is all sounding very good to me, but unfortunately this is as far as the story ever went and no further explanation or history is provided. 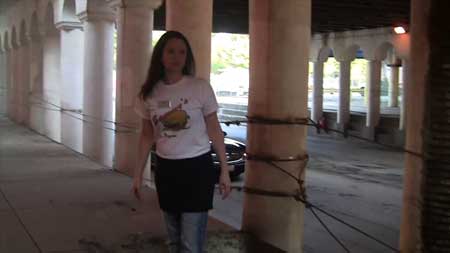 There was definitely too much time spent on the side storyline about Zelda’s ex boyfriend cheating on her, which is what caused her to move to this new city in the first place. I understand that this is a good way at giving her character a back story, and highlighting the fact that she really has got to deal with this viaduct problem all alone. However, it is not just an opening plotline, but thrown in constantly throughout when it really wasn’t necessary. The ex boyfriend storyline had no purpose, ultimately. And another thing that bugged me – when the ex boyfriend appears at her house, why does she start taking her clothes off? That makes no sense whatsoever and just seemed to be so that we could see the actress in her underwear. But I have some advice for independent director Steven Payne – you do not need to rely on naked/scantily-clad girls to make people watch your films, have faith in your own ability. 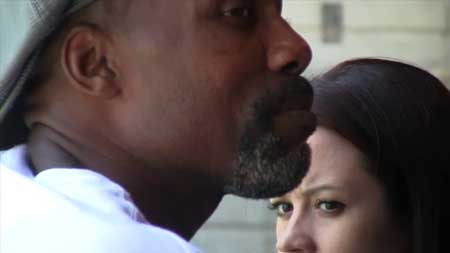 And so, because not enough time is put into fully developing the idea of what is terrorising her in that viaduct, I found the ending somewhat confusing and a bit of an anti climax. It just sort of ended just as it was beginning really. I get that having a bit of mystery is always creepier than overtly explaining everything, but we need to be given a bit more to work with here in order for it to be more effective. 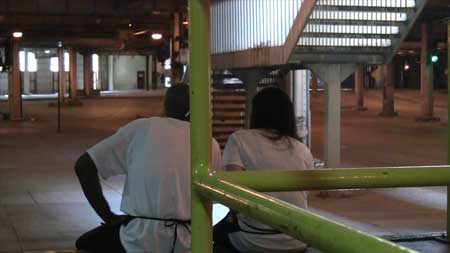 In conclusion, this is not Steven Payne’s best piece as I felt that the storyline was lacking something major. It looked quite amateur in the way that it was shot but I can definitely see potential there for future projects if he learns from these mistakes. Perhaps even turning this into a feature length could be beneficial, if enough budget could be raised. Don’t rush to see this one, but you might want to check out So Close To Everything or Next Time You’ll Know Me as these are slightly better short films from the same director. 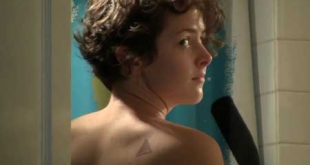