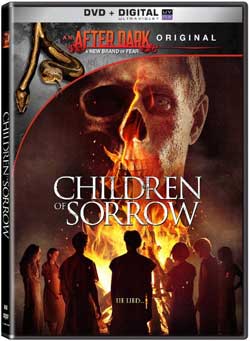 A young woman embeds herself in a cult looking for answers to her sister’s disappearance, only to find a dark secret within the cult and an even darker secret within herself.

There’s nothing I like more than a good psychological horror, and Children of Sorrow falls into that category…or at least it nearly did. Whilst I think that the core idea was a brilliant one, the execution of it was rather sloppy. There were definitely great moments in the film, but also a lot of not-so-great moments too.

It starts off with Ellen who decides to infiltrate a cult because she believes that her sister has been killed there and she wants answers. However, upon meeting the charismatic leader, Simon Leach (played excellently by Bill Oberst Jr.) she gets sucked into the lifestyle and quickly seems to forget about her mission. It is made obvious from the very beginning that Simon and his wife Mary are crooks, and we watch as he gets more and more demanding of his ‘children’ – 12 poor sods who all seem to have come from difficult backgrounds but find a home in this unusual community. What at first is some pseudo-religious fun soon turns darker when there’s talk of impending ‘transitions’ for the children, that is, transitions from life to death.

The choice to do it handheld, ‘found footage’ style (though the director, Jourdan McClure, claims that it isn’t a found footage film) is a peculiar one as far as I’m concerned. I liked the fact that we got to see the story told from several different perspectives, but I think this still could have been done with a conventional filming technique. It starts off telling Ellen’s story but then this seems to be forgotten entirely as the focus becomes more on Simon, revealing him at his best and worst. I understand that Simon’s character is more interesting than Ellen, but still a smoother transition would have worked better when switching perspectives. But the question remains – why would Simon want this to be filmed? Yes, the good, happy bits, sure, but we get to see everything…the mind games, the sexual abuse, the killings. There’s no way that an intelligent, schemey guy like Simon would allow that stuff to be filmed, knowing what consequences footage like that could have. 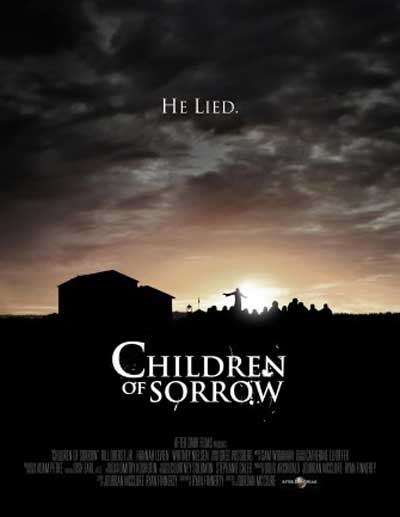 Similarly, a large portion of the film concentrates on the daily life for the children and how Simon manages to constantly manipulate them. When, all of a sudden, things turn very dark and I found this jump jarring. There were definitely hints that something sinister was just beneath the surface, but this was all too subtle for all too long. Because of this, when things start getting truly horrifying, I couldn’t quite believe it. I couldn’t believe the reactions to the events that happened around the children, especially as the time frame on this seems to be around 40 days – is it really possible to completely brainwash someone and make them desperate to see ‘the other side’ in 40 days? I’m sceptical. The Peoples Temple in Jonestown and other similar cults (which Children of Sorrow was no doubt based on) took several years before it reached that stage. 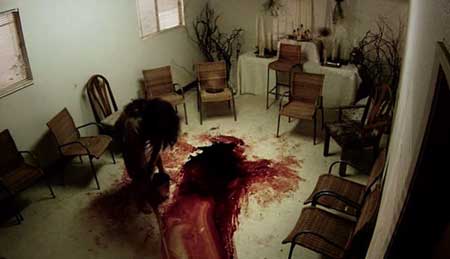 The whole sexual element that was thrown into the mix was a bit ropey to me if I’m being honest. There are a few scenes where it is alluded to and seems to dance around the issue, but I think that this should be an all or nothing type affair. When the murdering starts, this is shown explicitly and in detail, so why did the earlier stuff seem so timidly shown to the viewer. I think it would have worked better if things had remained elusive and behind shut doors for everything that occurred, or been blatantly obvious for everything that occurred, not mix and match of both. 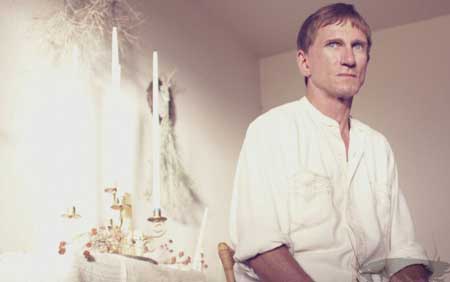 Children of Sorrow has managed to pick up wins at both the Sacramento Horror Film Festival and Hollywood’s Shockfest Film Festival, which has led to it being picked up by After Dark Films (an American horror production and distribution company who have also dealt with The Hamiltons, Borderland, Dread, The Final and Captivity). I think all of the actors did a good job in this one, and definitely helped to carry the film – giving convincing performances is so utterly important in a film like this. 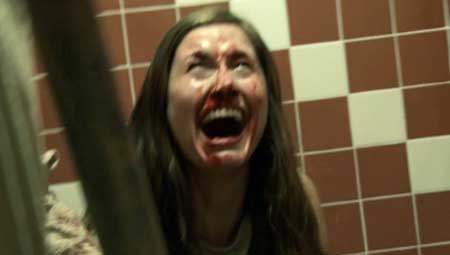 I’d say give Children of Sorrow a try, because fundamentally it’s not too bad. It is an interesting story that relies on the characters rather than special effects to make an impact with its audiences. The early reveal of the macabre intentions behind the cult work well to fully ingrain that sense of dread in the audience – we all know that this is going to end badly. And it is worth reminding yourself whilst watching, that what really makes this film so truly terrifying is that this sort of activity can and does happen. Seeing how human beings can treat each other in such despicable ways makes Children of Sorrow a harrowing and uneasy film to sit through. Despite the inevitable shakiness that comes with found footage movies, bear with it.