Take A Good Long Look At The First Clip From OCULUS

Coming from director Mike Flanagan whose previous effort ABSENTIA left everyone asking for more, is this new haunted mirror flick OCULUS. If you’ve been reading the sight and listening to our podcasts you should already be aware of it as we’ve talked about it as one of our top picks for 2014. Today I have for you the first clip from this highly anticipated flick. You ready for it? 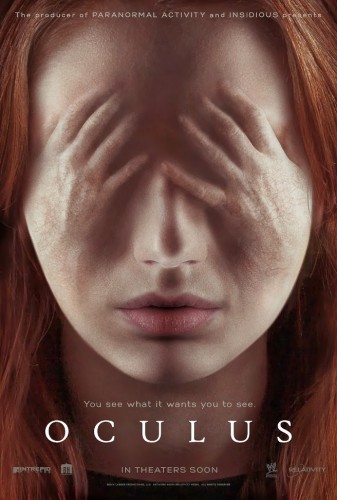