Getting work as an actor can be a tough proposition, making a name for yourself in independent films or Hollywood is even harder. But this is the dream of every actor in the business. And for those who target the horror genre, they may even want to become the next Boris Karloff, Bela Lugosi, Lon Chaney, Peter Cushing or Christopher. With over 100 films to his IMDb credit in six years, the guest on this episode, Bill Oberst Jr., is well on his way to achieving that goal with his well deserved success as the go-to actor for cinematic mayhem.

Actor Bill Oberst Jr. is known for many of the roles he has tackled since he descended upon the horror genre in 2007. For some, the role that is best remembered is his performance in the Emmy Award winning film Take This Lollipop or his performance as Honest Abe in Abraham Lincoln vs Zombies or as the sheriff in A Haunting in Salem. With his intense expressions, imposing body language and demented delivery, Bill is known for his a number of different roles: the historical figures, the quiet monster and, thanks to films like Coyote, the manic mad man. He is now set to begin his college lecture tour called Still Waiting for my Close-Up: How I Made 100 Movies Without Really Trying kicking off March 18, 2014 at the Baldwin Hall Auditorium on the Truman University campus in Missouri.

You can find out more about Bill Oberst Jr. and his films Coyote, Children of Sorrow and Circus of the Dead at these links: 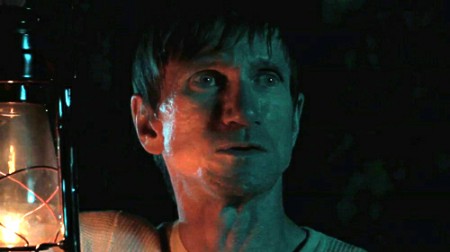 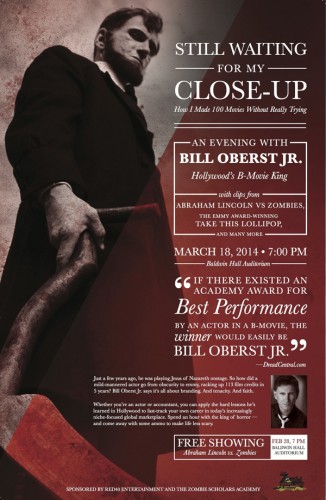 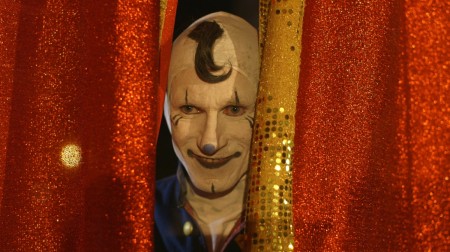 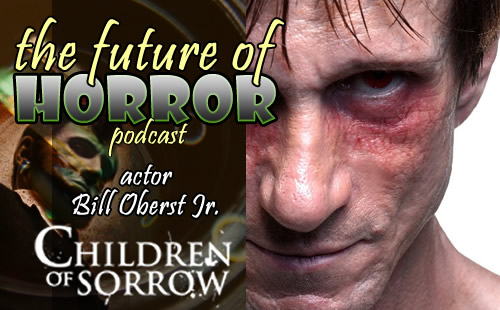